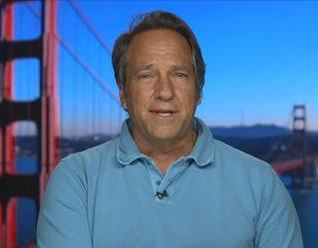 “You say you run a non-partisan foundation, and you say you’re not a political animal. I say baloney. Every time I turn around I see you on Fox News, plugging your new show or mouthing off about the American worker or some other topic you don’t know anything about. If you’re were really objective, how come I don’t see you on more liberal networks?”

Don’t ponder too heavily – the question is rhetorical. But this one is not. Tell me – what networks do you think I’m deliberately ignoring?

Yesterday, I appeared on MSNBC for a nice chat with Chuck Todd about closing the skills gap. (I can’t believe you missed it!) In return, Chuck mentioned my foundation in his intro, as well as Returning the Favor – a very kind plug which was inexplicably excluded from the clip on their website. (I’m sharing our conversation anyway because deep down, I know that MSNBC loves my show – I just know it!)

Anyway, that’s neither here nor there. Your mission, Simon, is to watch this video and tell me what I got wrong about the American worker. Or, if you’d like a respite from the strum and drang of national politics, watch this weeks episode of Returning The Favor, and meet the next generation of skilled tradeswomen. Do this, Simon, and ye shall be restored.