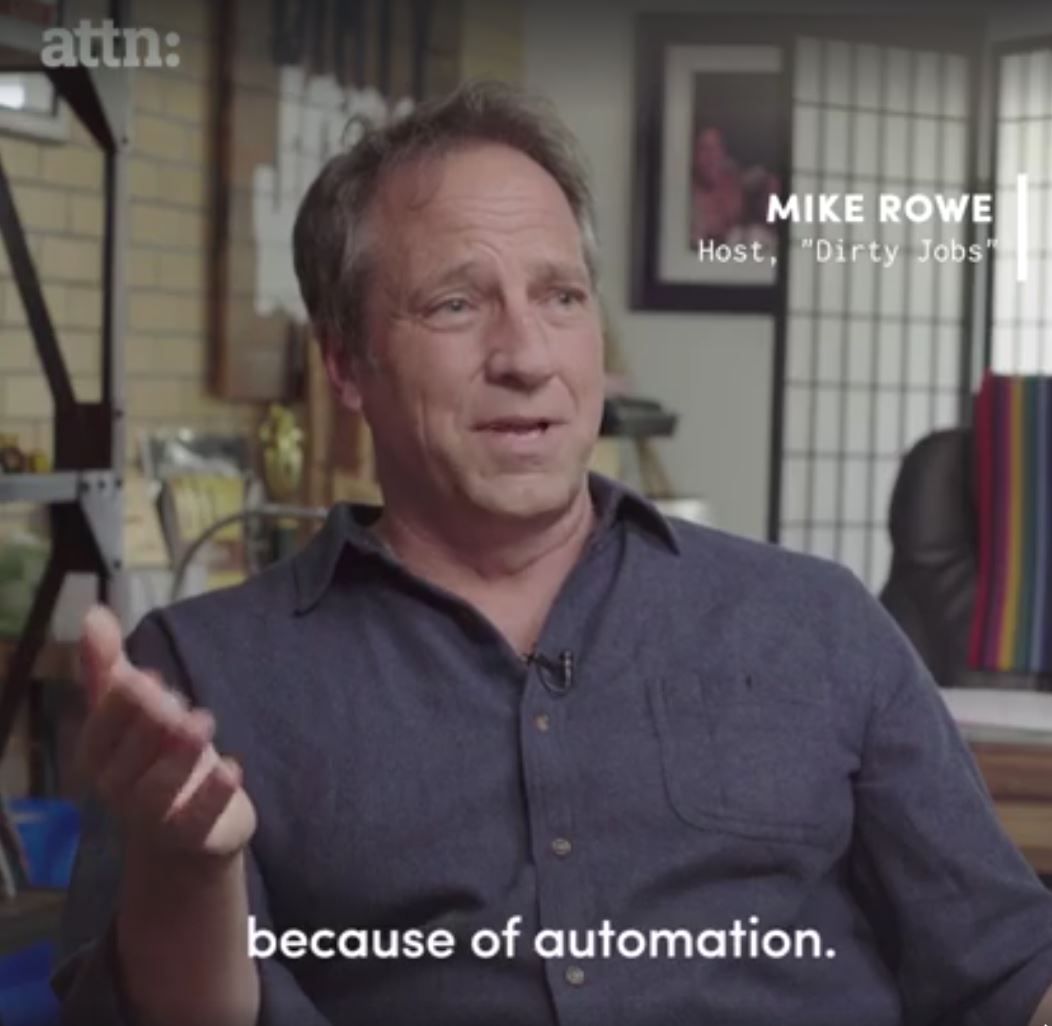 Hey Mike – I heard you on the TV last week talking about the shortage of truck drivers. Don’t you think the current shortage might have something to do with the fact that most trucks are going to be self-driving in a few years?

Couple weeks ago, on the train at DFW, I was sitting next to the pilot of the 767 that just flew me in from SFO. I asked him, among other things, how many times he touched the controls during the flight. He looked around, as if someone might overhear him, and said, “Probably more than I needed to.” I then asked him if he thought we’d live to see the day where a commercial airliner was flown across the country without a pilot in the cockpit. “Hell no,” he said. “Never in a million years.”

When I pointed out that the train on which we were riding between terminals didn’t appear to have a conductor, he raised his eyebrows shrugged, in what I took for a good-natured, somewhat fatalistic response. “Good point,” he said. “So, maybe in a million years. Maybe even in 100. But you and I won’t be around to see it, that’s for sure.”

I could have had the same basic exchange with a long-haul trucker. In fact, I have, many times. Most of these men, (and women,) are up to speed with the impact that self-driving vehicles might one day have on their industry. But I’ve never met a serious person who honestly believes we’ll live to see trucks driven down the highways and through our cities without a human driver behind the wheel. And I’ve never talked with anyone who seriously believes the value of having a qualified driver in the cab, will be at all diminished by the advent of self-driving technology.

Obviously, I could be wrong. In just a few generations, technology and innovation have changed the world in ways that very few could have predicted, so really, who knows? But it seems to me that technical breakthroughs are still subject to human acceptance, and if I were guessing, I’d say that humans will prove to be very skeptical of driverless cars and pilotless planes – at least for the foreseeable future. But never mind the future – it’ll be here soon enough, and we can figure out then what opportunities exist in real time. For now, I can assure that real opportunity exists for aspiring truck drivers. And you can make an even better living, if you own the truck you drive.

The number of small businesses that revolve around trucks number in the tens of thousands, and the need for more is pressing. Look around the room you’re in right now. Seventy percent of everything in it was once on a train. One hundred percent was on a truck. That’s not going to change anytime soon.

Personally, I think the reason there’s a shortage of truckers is the same reason there’s a shortage of welders – market misperception, years of negative portrayals, and a basic misunderstanding of how well you can do by mastering a skill that’s in demand. Which is a long way of saying we’re still accepting applications for Work Ethic Scholarships at mikeroweWORKS. Apply today, at mikeroweWORKS.org, and keep on truckin…

In the meantime, regarding the impact of innovation in the workplace, here’s a video worth sharing. (Yes, I’m it. Again)