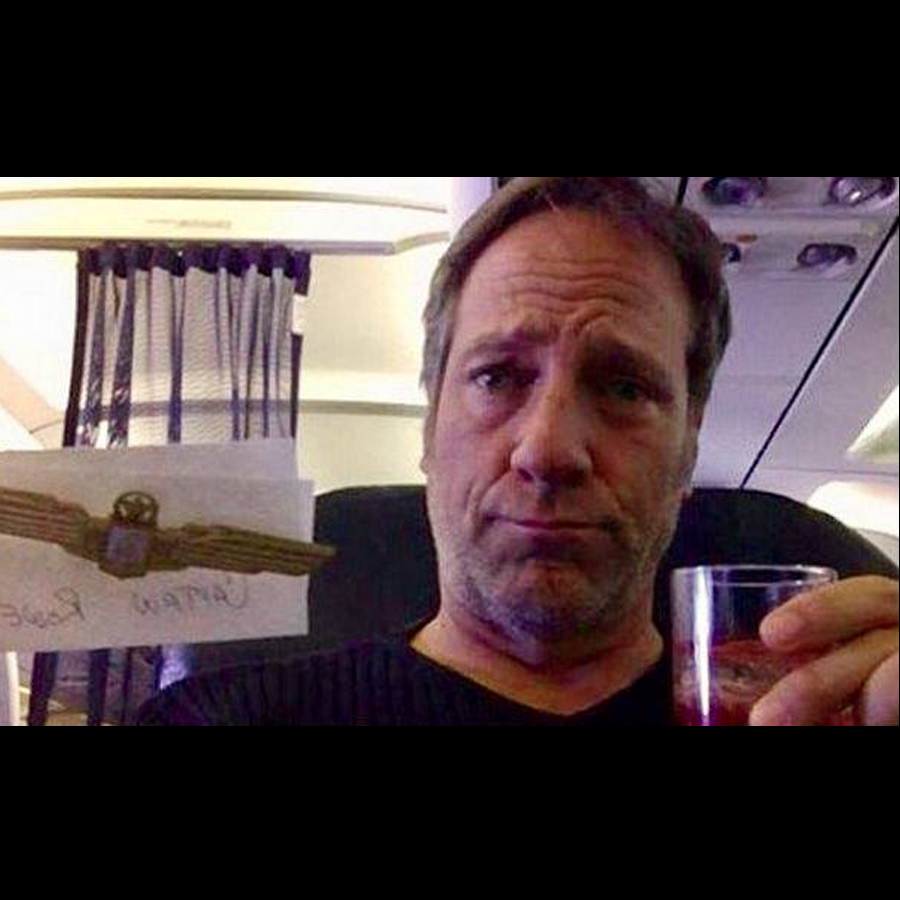 “I assume you’ve seen the United video. Were you as disturbed as I was? How can a company treat their customers like that and remain in business? I know you fly all the time – what would do if you were the CEO?”

Like most people, I don’t enjoy seeing passengers dragged down the aisle of a commercial airplane, limp and lifeless. Nor do I enjoy seeing them hogtied at 37,000 feet, (which I’ve also had the occasion to witness – in person – and more than once.)

These kinds of episodes are always disturbing, but what bothered me initially about this video was not just the violence, it was the obvious ease with which it could have been avoided. A little common-sense and the freedom to apply it could have resolved this situation in a dozen different ways. Last night however, I watched a tape of United’s CEO, Oscar Munoz, as he attempted to walk back some earlier comments. He told ABC news that the passenger in question – David Dao – “did nothing wrong.”

Is Oscar serious? God, I hope not. I hope he’s just doing the typical “over-apology” thing CEO’s do when their “crisis experts” tell them they’ve got to say whatever it takes to win back the public trust. I hope he’s just reacting to some lawyer who told him before the interview, “for the love of God, Oscar, don’t blame the victim!” Well, Oscar certainly didn’t blame the victim. But in the process of finding him blameless, he suggested that millions of passengers are under no obligation to follow a direct command from United employees. And that’s a hell of a lot more disturbing than a beat-down in the main cabin.

Obviously, airlines don’t like to remind us of such things, because it makes them sound mean. So they bury the truth in the fine print of a 37,000-word contract, and tell us how much they love us in sappy commercials and mandatory safety briefings that try oh-so-hard to make us smile. But the facts are clear: if you want to travel by air, you must agree to do what you’re told. If you don’t, you subject yourself to fine, arrest, constraint, forcible removal, and/or a permanent ban from the friendly skies. It’s all there in the fine print.

Personally, I support this policy. I support it because I don’t want to fly across the country in a steel tube filled with people who get to decide which rules they will follow and which they will ignore. I’ve been on too many flights with too many angry people to worry about the specific circumstances of their outrage, or the details of why they took it upon themselves to ignore a direct command. A plane is not a democracy, and the main cabin is no place to organize a sit-in. The main cabin is a place to follow orders.

Moving forward, what matters most to me is a heightened respect for the rules, and a heightened respect for the people who enforce them. Obviously, the policies that led to this particular fiasco need to change. But the greatest enemy we face in the friendly skies is not bad service – it’s anarchy. And I have no interest in flying with anyone who doesn’t follow orders. Do you? Does anyone?

Let me say it again. United made a business decision that was unbelievably, incomprehensibly stupid, and now they’re paying for it. (Seriously guys – what did you think was going to happen with two hundred citizen-reporters armed with cameras?) Point is, this is how the market is supposed to work. Their stock is down hundreds of millions of dollars, their customers are flying on other carriers, and according to CNN, they just might be the most hated company in the world today. But that doesn’t mean Dr. Dao “did nothing wrong.” He did. He ignored a direct order from a United representative while sitting on a United plane. He was told to leave and he refused to do so – multiple times by multiple people – all with the proper authority.

Does that mean he deserved a beating? Of course not. But it doesn’t mean he’s innocent. Like the airline, Dr. Dao had options. He had recourse. He could have deplaned and pled his case to the gate agent. But he didn’t. He chose resistance. That was dumb. United chose confrontation. That was dumber. Now, here we are. Dumb and Dumber.

As for your question, Donna – if I were Oscar Munoz, I’d take a page from Charlotte McCourt, the 11-year old Girl Scout who became famous on this page for telling the truth about how Girl Scout cookies actually tasted, and then, wound up selling more Girl Scout cookies than anyone else in the world. First, I’d stop apologizing for the way in which that passenger was removed, and start apologizing for being cheap and short-sighted. Then, I’d apologize for valuing rules more than common sense. Then, if United still insists on overbooking future flights, I’d publicly empower my employees to offer any amount of money to entice people off of an over-sold plane. Whatever it takes – no cap, no limit.

But through it all, I’d make damn sure the world understood that passengers on my airline still need to follow the orders given by my people – even if they think those orders are stupid or unfair. And for that, I would make no apology whatsoever.

Finally, let me say to my many friends on the front line of the airline industry – flight attendants, pilots, gate agents, and those of you behind the counter – I appreciate what you do, sincerely, and I understand how difficult things are right now. Your jobs have become increasingly thankless over the years, even as they have become more critical. Thanks for your hard work.

PS. Oscar – I’ve prepared a new greeting for your pilots to read prior to take-off. I think it captures the kind of transparency many of your customers currently crave. Maybe one day, as I pull my seatbelt low and tight across my hips, I’ll get to hear it…

“Morning folks, and welcome aboard. This is your Captain speaking. I realize you paid a lot of money to rent the seat you’re currently occupying, but let’s be clear right from the get go – you have no right to be here. We’re glad that you are, but I don’t care how much you paid to fly with us today, or what you think you might be entitled to as a result. I’m in charge of this plane, and everyone on it. That includes you. So – if a flight attendant asks you to do something, don’t argue – just do it. We’ll try to make your flight as comfortable as possible, but make no mistake – your comfort is not our priority, and neither is your opinion about the decisions we make during the journey. As for safety, you’ll be pleased to know I have much to live for, and so does my co-pilot. So rest assured – we’ll be doing all we can up here to get ourselves back on the ground in one piece. That’s good news for the rest of you, assuming we can keep the main cabin attached to the cockpit. Finally, we value your business here at United, sincerely. And we appreciate the trust you’ve placed in us. But let’s not gild the lily. For the next few hours, we’re all in this together, so keep your hands to yourself, don’t get drunk, and listen to the flight attendants. In other words, try not to be an asshole. I’ll see you on the ground…”

Now that’s an airline I could get behind! Who’s with me?