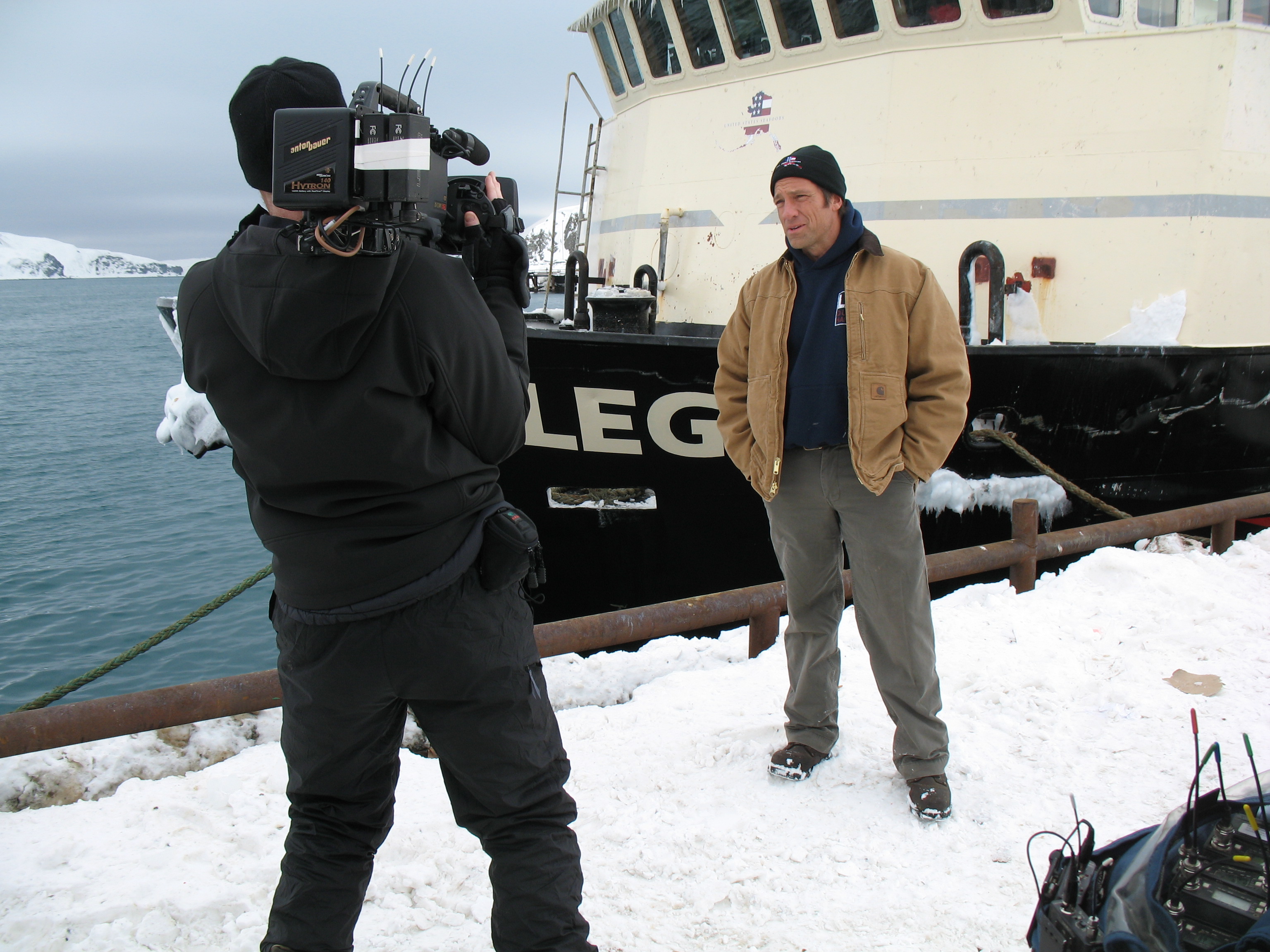 Hello Mike, have you heard about the DESTINATION going down in the Bering Sea losing all its crew members? All of deadliest catch are paying tribute to them. Just curious why you haven’t mentioned this tragic news?

Twelve years ago, I was in Dutch Harbor, shooting the first season of Deadliest Catch. Originally, I had been asked to host the show, and frankly, I had no idea how to do such a thing. No one really understood what the show was back then, or what it would ultimately become. Sometimes it felt like a reality show, sometimes a documentary. Mostly, we were just trying to capture the drama and the difficulty of fishing for Alaskan King Crab.

Anyway, I had just spent a few days filming on several different boats, as the men around me raced to get their share of the catch before the season was called. It was chaos. Fascinating, unforgettable chaos. After 72 hours with no rest, I was back ashore, fast asleep in my comfortable bed at The Grand Aleutian Hotel, when a producer shook me awake to tell me a boat had gone down. The boat was called The Big Valley.

I remember how I felt when it finally sunk in that six men had actually gone into the water. “Wait – what the hell? That was not in the script!” I remember how I felt when it became clear that five of those men were lost forever. It felt so unreal. I remember the feeling, because that’s exactly how I feel right now, as I read about the circumstances surrounding the fate of The Destination, and the six men now lost to The Bering Sea.

It’s strange. After 13 seasons, it’s still so easy to forget that Deadliest Catch is not a “reality show;” but rather, a show about reality. And it’s still a shock to see how rudely “reality” can shake me awake. It also strikes me, that for all our efforts to eliminate risk from our daily lives, there are still places on the planet where risk can never be removed – where life can never be scripted. The Bering Sea is one such place – a place where men of great courage show up to work every day, and confront a level of danger that most of us will never encounter.

Anyway T.J., to answer your question, I guess I haven’t said anything yet, because talking about it makes it real – and I’ve been hoping it’s not. Fact is, I’ve never met the crew of The Destination, and I’m sorry that I never will. But I know many of their friends, and I know that sometime very soon, it will be my privilege – my sad privilege – to tell you about their lives, on a TV show that tries hard to capture the reality of what it means to fish for crab on The Bering Sea. For now, though, there’s nothing to do but keep their families and their friends in our thoughts and prayers.

And maybe remind ourselves, that every day, really is a gift.