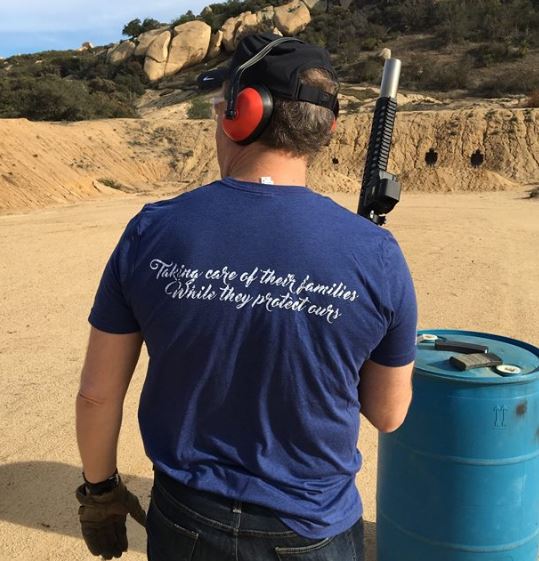 I just read that you’re speaking at the SHOT show in Las Vegas this week. VERY disappointing. There are already too many guns in this country, and too much faux patriotism surrounding the second amendment. I can’t believe you’d risk your good name associating with a bunch of gun nuts. You’ve lost a fan.

It’s true, I’ll be in Vegas this week, addressing a roomful of people who like to shoot guns. I’m not sure what I’m going to say yet – probably the same thing I tell anyone who invites me to discuss the various ways we might close America’s skills gap. But one things for sure – while I’m at there, I’m going to make sure I see my friends at The SEAL Family Foundation.

You’d love these guys, Marla. They look after the families of those involved with Naval Special Warfare. Remember Ty Woods and Glenn Dougherty – two of the men who died in Benghazi? 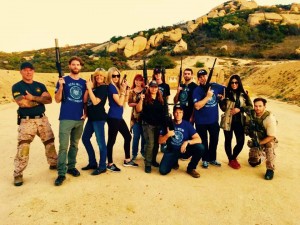 The SEAL Family Foundation raised over $500,000 for their memorial fund.
Anyway, they have a booth at The SHOT Show, so I’m going to stop by and thank them for their efforts, as well as for their help with a team-building event I arranged for my staff before Christmas.

I don’t know if you’ve had much experience with “corporate team-building,” Marla, but I’ve never cared much for such endeavors. I mean really, how much “team spirit” can you inspire at a golf outing? How much “career motivation” can one glean from a “zip line adventure?” How much “self-directed goal setting” can be extracted from watching a magician levitate in some hotel ballroom?

I wanted to do something different for the millennials at mikeroweWORKS, so I called a guy I met through The SEAL Family Foundation, and asked if he could arrange a “non-traditional corporate team event.” Something that might allow my team to rub elbows with veterans. “Ideally,” I said, “I’d like something fun, but uncomfortable.” 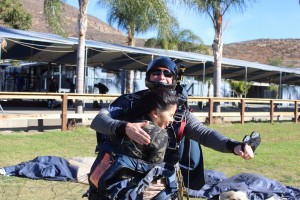 Well, it was a great day, Marla, and I wish you could have joined us. We started with skydiving. Jade ditched her five-inch heels, Jordan put her hair in a ponytail, and along with Taylor, (who will do anything,) and Aaron, (who hadn’t even officially started yet,) they jumped without hesitation. Good for them! Even my old pal Chuck – a non-millennial who once swore he’d never jump out of a perfectly good airplane – turned his fate over to a stranger strapped to his back. (Granted, he crapped his pants on the way out the door, but that’s always been a part of his morning ritual, and hardly noteworthy.)

After that, we reconnoitered to an undisclosed location and introduced ourselves to Matt, Bobby, Jeremy, and Danielle – four SEALs who spent the last fifteen years getting shot at by bad guys and returning the favor – with far superior results. They in turn, introduced us to 20,000 rounds of live ammunition, and an arsenal of firearms not currently available for purchase in the state of California.

For the next few hours, the SEALs took my employees through an accelerated small arms training session. There was an emphasis on safety, obviously. Some of my people had n 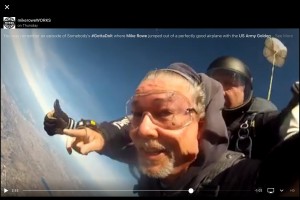 ever held a gun before, much less fired one. So there was some…trepidation. But after an hour of intense instruction, everyone got comfortable with the Glock 9mm. Then the AR-15. Then a variety of sniper rifles. We all got to shoot an M-1 from WWII, a Steyr from Austria, the Scar Heavy…even a Barrett 50 caliber. Fifty yards, a hundred yards, then two hundred yards. Their progress was impressive. Their enthusiasm was infectious. At 400 yards, my office manager was hitting a target the size of a pie plate. Unbelievable.

Afterwards, we ate ribs and drank beer in a local bar with our instructors. We also listened to war stories from Ramadi and Fallujah and a few places I hadn’t heard of, from people who wrote the book on teamwork. Fascinating. Eye-opening. Humbling.

I wish I could share their stories here, but for all sorts of reasons, I can’t. What I can tell do, is tell you how remarkable it is to see people who have never even held a gun go from uncomfortable, to tentative, to comfortable, to very comfortable, to empowered. One day Marla, I hope you’ll have the opportunity to experience something similar, and listen to the stories of people who u 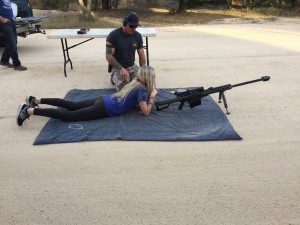 se guns to protect us.

Obviously, you and I have a difference of opinion regarding the role of the second amendment in modern society. But thanks to the first amendment, we can express our differences in whatever way we prefer. We can criticize those with whom we disagree, or we can try to persuade them. We can make a case as to why we believe what we believe, or we can simply announce our disappointment to the world, as though our feelings alone are enough to justify our beliefs.

As for you Marla – you can either stomp off in a cloud of righteous indignation, or you can accompany me to the SHOT Show as my guest, and see what all the fuss is about.

Either way, it’s nice to have choices, don’t you think?

PS. If you do want to come, better RSVP quick – I’m leaving tomorrow morning, and you’re gonna need your own hotel room. (Just so we’re clear…)