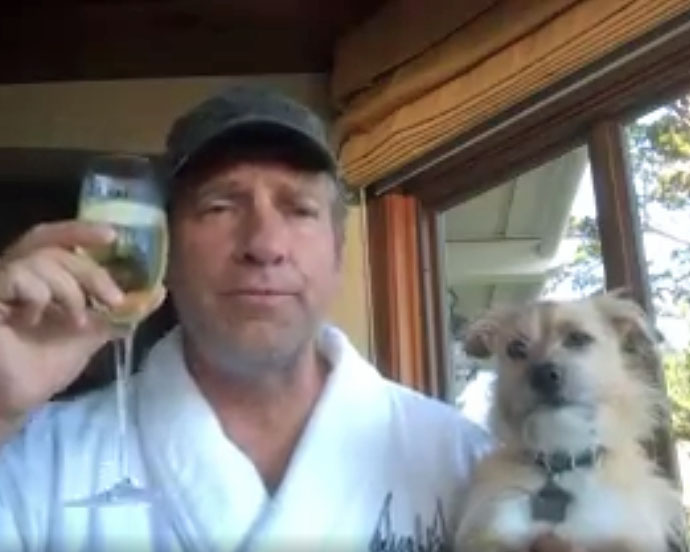 Mike – if an impromptu homage to Tennessee Ernie Ford raised the bid by $4,000, what about a dramatic Shakespearian monologue while wearing the robe in question? According to your bio, you were quite the thespian, once upon a time. What do you say?
PS. Don’t forget to include Freddy. It’s possible the people bidding on this thing are more enamored of your dog than the Republican nominee. Just sayin…
Standing by,
Denise K.

Hi Denise –
My Shakespeare’s a bit rusty, but your request does put me in mind of Cyrano de Bergerac’s famous rejoinder to La Bret. When Cyrano is challenged to compromise his artistic integrity in order to live a more comfortable life, his short answer was “no thank you.” But Rostand made his “long answer” a lot more interesting, in what has always been one of my favorite literary rants. (Forgive the translation. My French is terrible.)
PS. You’re probably right – I have no idea how Freddy would fare in a pole (or a poll,) against either candidate, but I wouldn’t bet against him. Besides, there’s something pleasantly confusing about a middle-aged man in a ball cap, wrapped in a robe signed by a billionaire, ranting about the dangers of artistic compromise while sipping champagne and holding a lap dog for charity. N’est ce pas?