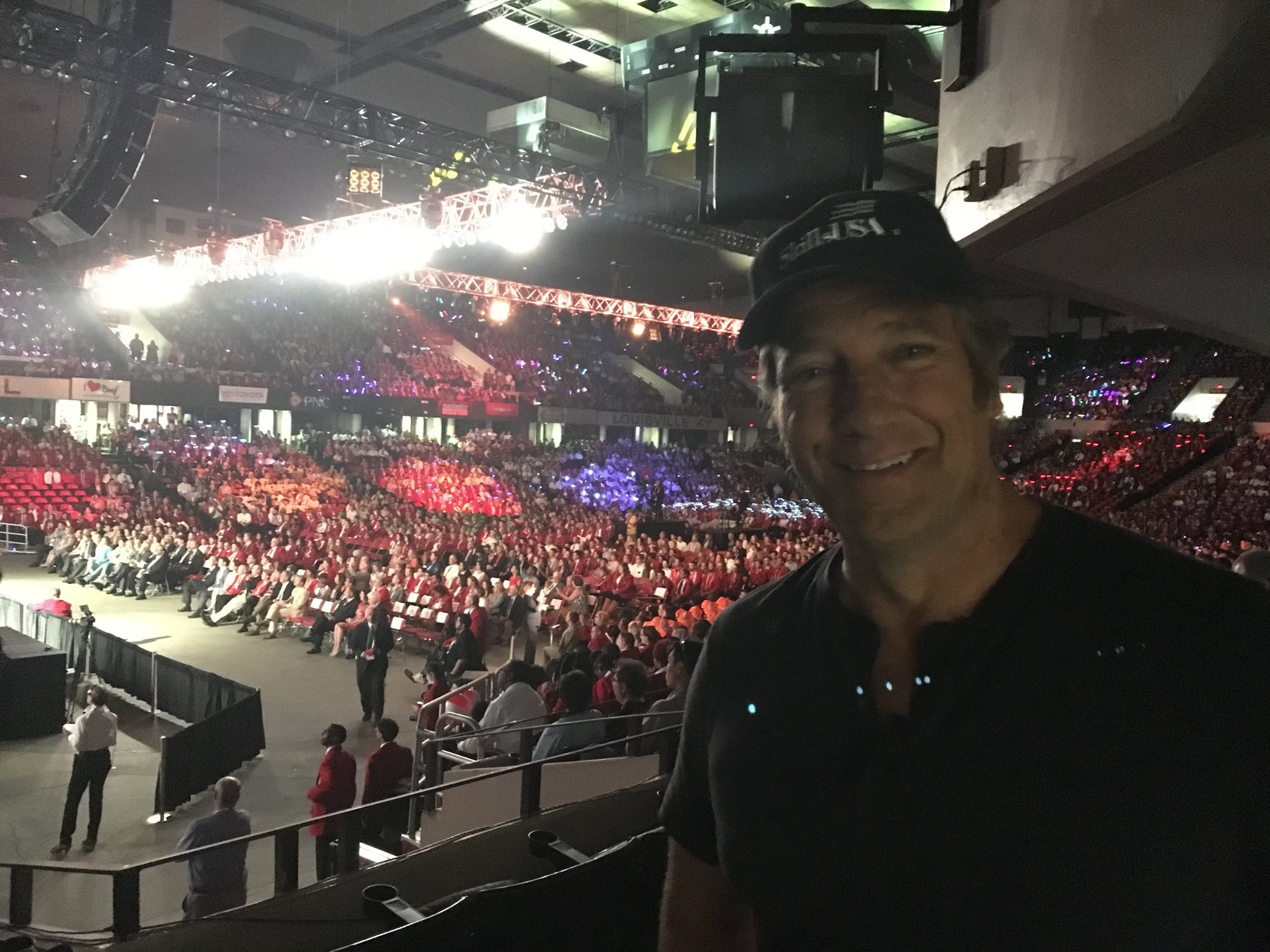 Mr. Rowe! Your organization mikeroweWORKS is affiliated with SkillsUSA, who is part of this sad situation. Perhaps you could look into this and see if this girl could be properly rewarded? She seems like just the kind of talent that mikeroweWORKS is seeking to cultivate.

You’re right – my foundation is very much interested in encouraging young women to explore opportunities in the skilled trades. However, I don’t believe the situation described in this article is cause for a “reward.” Nor do I believe the headline is remotely accurate. From what I’ve learned, a clerical error was made, followed by a breakdown in communication which has lead to a lot of unnecessary confusion and disappointment. That’s all truly unfortunate, and the young woman at the center of this deserves an apology. But from what I can tell, there’s nothing to support the idea that she was a victim of discrimination, or that an unfair outcome has occurred.

Some quick background. Back in April, a high-school junior named Shania Clifford competed in Ohio for a chance to attend the Skills USA National Competition here in Louisville. Shania not only qualified – she won the gold medal in Masonry. Unfortunately, a few weeks later, officials learned that her true score was incorrectly entered onto the master spreadsheet. When the error was corrected, the high score belonged to a boy from another school. Thus, Shania was allowed to keep her medal, but the student with the highest score was sent to compete in her place.

To compound her disappointment, Shania apparently learned about all this from a post on the boys Facebook page. Now, social media is bursting with accusations of “fishiness,” and “unfairness.” A petition is circling, demanding some sort of investigation. As for Shania, she’s been quoted as saying, “If they allow me to keep my award, they should allow me to keep my place in the competition.”

According to the petition, Ohio has a policy that says all scores are binding fifteen minutes after being submitted. In fact, this is untrue. If someone has a grievance regarding a technical discrepancy, they have 15 minutes to make their case. That makes sense. No one wants a grievance filed days after the fact. But the 15 minute rule does not pertain to a scoring or clerical error. If it did, the organization would be required to ignore a clerical error, and then knowingly reward the wrong contestant. Certainly, if the situation was reversed, and it was determined that Shania’s original score was in fact higher than the winners, wouldn’t we all want to see the error corrected? Wouldn’t we want to see the student with the highest score compete at the highest level?

Obviously, Shania should have been alerted to the discrepancy before anyone else. If that didn’t happen, someone should answer for it. But the bigger question now, is what should Shania do? She hasn’t asked me, but if she did, I know exactly what I would tell her. I would tell her to return the Gold Medal at once, along with her sincere thanks for the opportunity to compete, her heartfelt congratulations to the actual winner, and her steadfast resolve to come back next year and kick some serious ass. If I were her, I would make it crystal clear to those petitioning in my name that I had absolutely NO interest in keeping a trophy that was awarded to me by mistake, or competing in a contest for which I didn’t actually qualify.

The whole point of SkillsUSA, is to better prepare kids for opportunities in the skilled workforce. But employers today are looking for more than skilled workers – they’re looking for workers with character. Returning a Gold Medal she’s entitled to keep in an age where everyone expects a trophy, is a mark of character. Shania will have other opportunities to win all sorts of awards, but she’ll never have a better opportunity to distinguish herself among her peers and potential employers. I hope she takes it.

Finally, let me say this about SkillsUSA. No other group – with the exception of our military – has done more to prepare America’s skilled workforce. America needs this organization, now more than ever, and we need it to grow. A few nights ago, I stood on the main stage here in Louisville and helped welcome thousands of future tradesmen to the best competition in America. These kids all won their local competitions, and for the next few days, they’ll give it their all on the national level. Most will go home without a gold medal. But everyone here will leave better for the experience of trying, striving, and working hard.

Please join me in supporting this organization, and wishing every contestant the unparalleled satisfaction that comes not from winning – but from doing their very best.