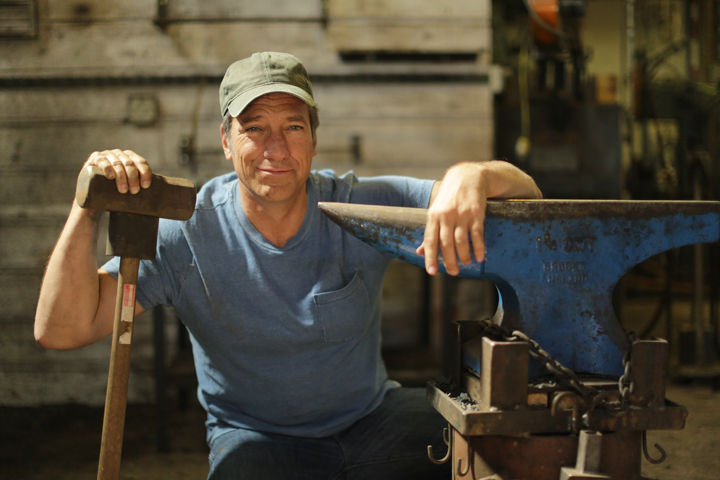 Think of TV personality Mike Rowe, and a certain image inevitably comes to mind: a trim middle-aged man wearing a baseball cap, blue jeans, and a big grin on his face—all splotched with dirt, mud, or a combination thereof.

That untidy but cheerful image arises from Rowe’s best-known role, as creator and host of the Discovery Channel show “Dirty Jobs,” where he profiled “people who do dirty jobs and keep our civilized life on the rails.” (To see a dumbfounding list of the jobs Rowe undertook for that show, go to mikerowe.com/about-mike/resume/.) A few years after “Dirty Jobs” ended its eight-year run, he launched “Somebody’s Gotta Do It” on CNN, which introduces viewers to people with unique jobs—everything from performing as a rodeo clown to manufacturing bobblehead figurines.

In both series, Rowe worked alongside the people he interviewed. Those experiences gave him a deep appreciation for the blue-collar jobs that underpin the nation’s economy yet are underappreciated and often go unfilled. Determined to combat negative stereotypes about hands-on labor, in 2008 he launched the mikeroweWorks Foundation, which awards scholarships to students pursuing a career in trades like welding, refrigeration, and manufacturing. To date, the organization has given out some $3 million in grants.

Rowe, whose decidedly nonlinear career path has included (among other things) television host, product pitch man, documentary narrator, and even opera singer, writes and speaks frequently about issues like the widening skills gap, offshore manufacturing, and why millions of jobs are available despite high unemployment levels. He has twice testified before U.S. Senate committees about the challenges facing trade workers, miners, farmers, and similar professions and the importance of changing negative perceptions about blue-collar work.

Read the complete article and more at DCVelocity.com