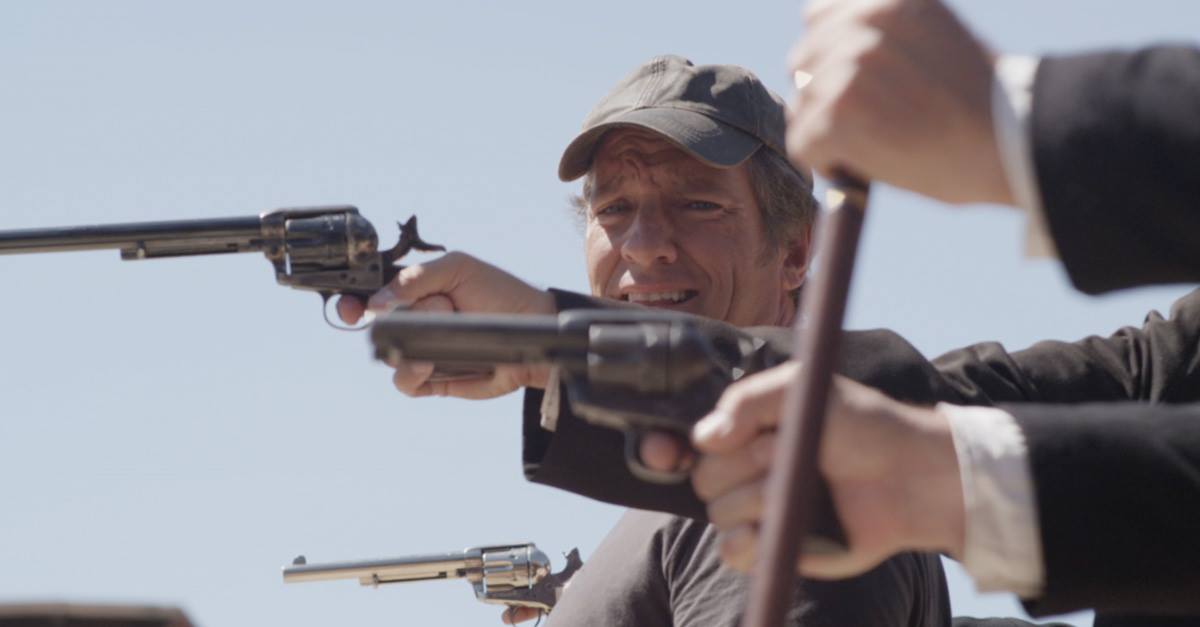 I’ve just received a request from The White House! On behalf of The President, I’ve been asked to share some talking points directly with each one of you, regarding the need to expand background checks on those citizens who wish to purchase a gun!

For some reason, I was not among those celebrities selected to assist The White House in this endeavor. I’ve since recovered from my initial disappointment, and identified three possible explanations for the oversight.

Regarding #2, The White House is correct again. I would never post someone else’s talking points as if they were my own. My own particular brand of hubris requires me to use my own words, which is probably why everyone in my office has developed a permanent facial tick.

As for #3 though, The White House would be mistaken to assume that I oppose background checks on gun purchases. I do not. I’m just skeptical that expanding a broken system is the best way to keep guns away from bad guys and lunatics.

Currently, thousands of people deemed mentally incompetent by the courts are NOT registered in our National Check System. That’s insane, if you’ll pardon the irony, in part because it’s so easily correctable. Likewise, The ATF says that most states report less than 80% of their felony convictions to the national system. As a result, nearly 7 million convicted felons are not currently registered. Is it any surprise that nearly every mass killer in recent memory passed a background check?

Seems to me, our current system is only as good as the records in it, and right now, those records are laughably incomplete. But even more troubling are the tens of thousands of people who ARE in the system, that keep trying to buy guns illegally with absolutely no consequence.

Lying on your application to purchase a firearm is a federal offense, but very few are prosecuted for doing so. According to Politico, the Feds have prosecuted just 1.5% of all those individuals who have attempted to purchase a gun illegally. If my math is correct, that means 98.5% of people who are NOT allowed to own a gun, have not been prosecuted for trying to buy one.

Maybe it’s a manpower problem? Maybe it’s a resource problem? But whatever the reason, many thousands of individuals who try to purchase a gun illegally are allowed to keep on trying. Many eventually succeed, and then use that gun in the commission of a crime. This strikes me a serious problem. And yet, I’ve received no tweets from my favorite action heroes, asking me to support an effort to fix the system we have. Why is that?

To be clear, I’m not a member of The NRA. Last time I joined a club it was The Boy Scouts, and that was a long time ago. But from what I can tell, the NRA is not the reason that so many criminals and lunatics are able to buy guns today. Nor do they appear to oppose the kind of overhaul that would give us a more effective check system. In fact, wasn’t it The NRA that demanded background checks back in the mid-nineties, the moment the technology was first made available?

Regardless, we now possess the technology to update and maintain an accurate data base of felons, lunatics, gang members, terrorists, B-list celebrities, and other unsavory types that we can all agree should never be allowed to own a weapon. We also possess the ability to identify and prosecute anyone who attempts to buy a gun illegally. But if we don’t have the resources or the commitment to administer and enforce the system we have, why in the world would we want to make it bigger?

‪#‎When‬ there’s a hole in your net, you don’t need a bigger net; you need a smaller hole.
#When your foundation is shaky, you don’t keep building on top of it, you knock it down and start over.

Should The White House ever find itself in need of a tweet in support of that approach, please help yourself to either of the above. But if our elected officials are going to rely on actors and comedians to advance their political agendas, let’s not limit them to 140 characters or a list of pre-approved talking points. Seriously, where’s the fun in that? In the name of authenticity, let’s encourage our celebrities to use their own words.

Hey – it seems to be working for Trump…
Mike