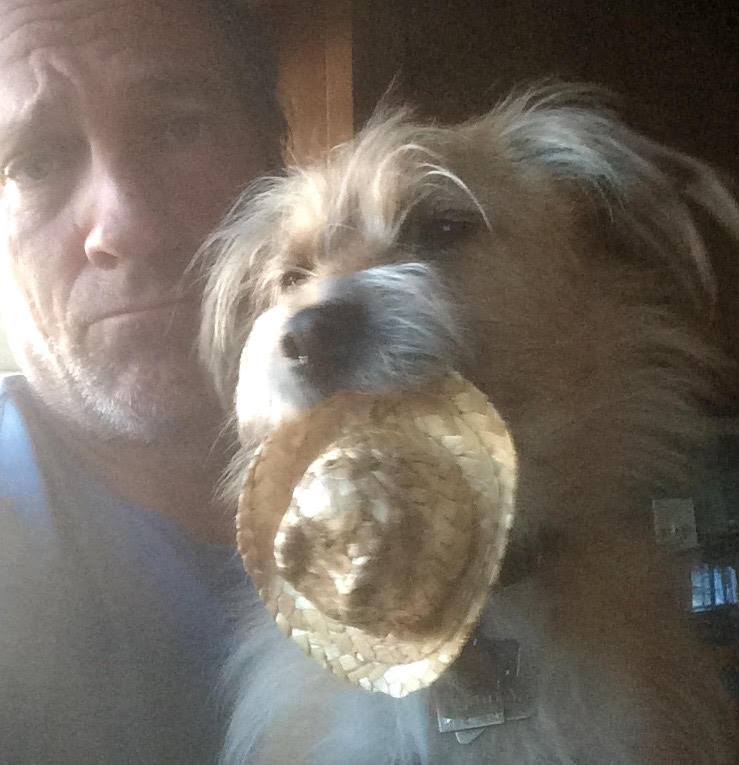 On The Wall, scattered between several hundred comments praising and condemning The Biped for his thoughts on exploding sticks, are a few dozen gentle reminders directed specifically to me. Many of you want me to know it’s Friday, and many others are demanding my thoughts on “National Hat Day.” 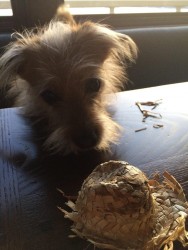 Well. After consulting the list of things I find personally interesting and relevant, I’m sorry to say I could find nothing pertaining to hats, with the possible exception of my steadfast refusal to put one on.

To be clear, I’m not opposed to hats specifically. My disgust with all things sartorial is well-documented, along with my steadfast refusal to adorn myself in human habiliments. So it came as some surprise to see so many of you asking me to don a lid in honor of this fake day. 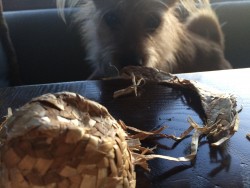 his credit – presented me with a southwestern-inspired chapeau that complimented my stature and coloring. He then suggested I pose in it for your enlightenment. Instead, I ate it.
I doubt The Biped was shocked, and I hope you’re not either.

It was made of straw, and it was delicious.

Have a nice evening. 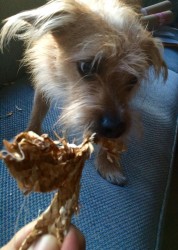