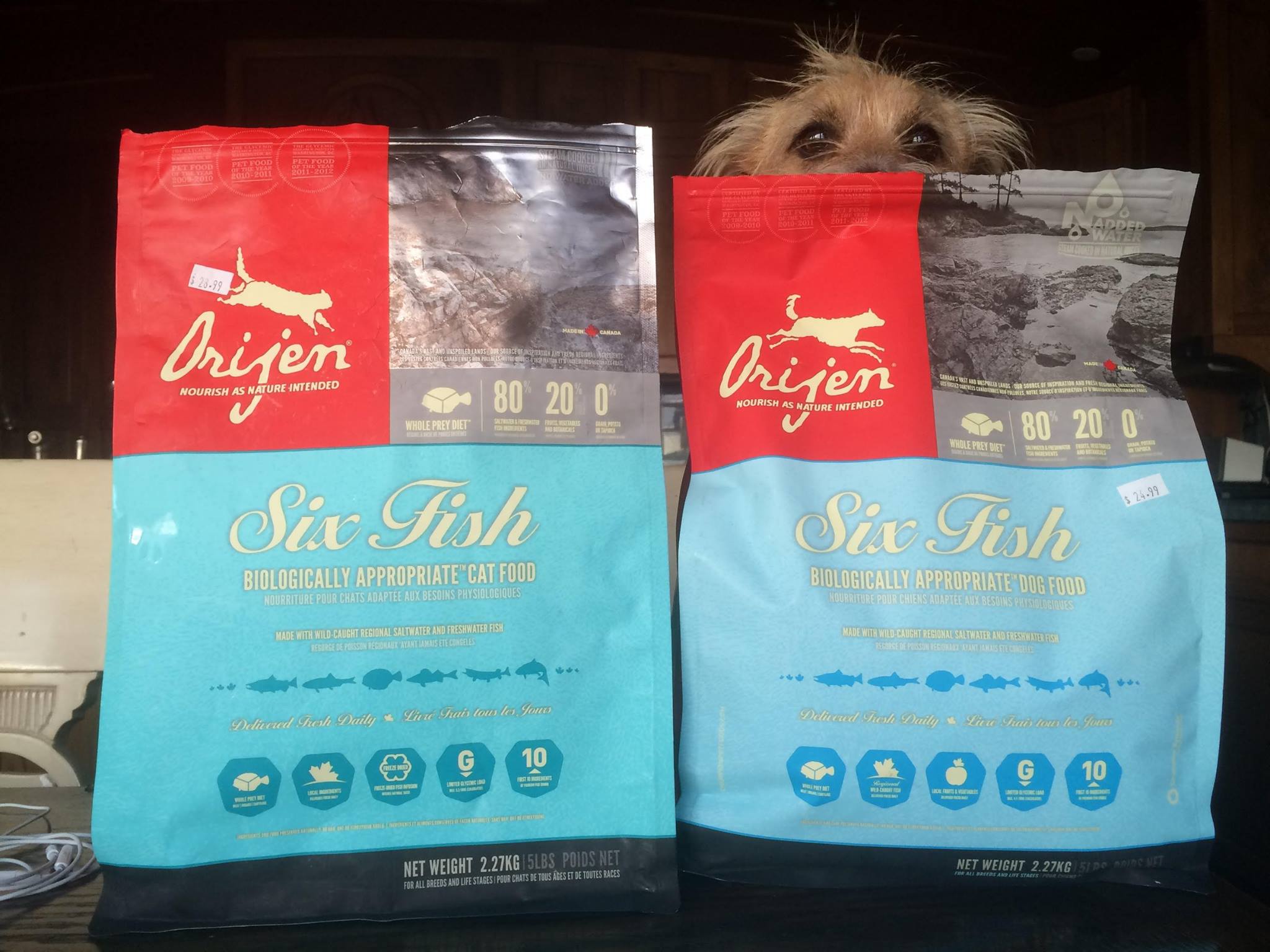 A year ago this month, The Biped changed up my diet, replacing the usual slop to which I’d become accustomed with your delicious French-Canadian Cuisine. Specifically, your brand of “Six Fish, Biologically Appropriate Dog Food.”

I was immediately enchanted. The combination of “Wild-Caught, Regional Fresh and Salt-Water Fish” was inspired, and my palate rejoiced. Last week though, I noticed a subtle change in both consistency and taste. I couldn’t put my paw on it, but there was definitely something different. Still tasty, but not quite as mouthwatering. Then, several days later, the flatulence commenced.
I don’t want to overstate it, but the funk was simply astonishing. Not since my run in with the Mysterious Farting Cat have I confronted a stench so vile. With each passing day, my aroma worsened, awakening The Biped on more than one occasion, and triggering my banishment from the boudoir. The burning discomfort was unexampled, and also worth a mention. Indeed, each salvo was so preternaturally hot that I became convinced my asshole was in danger of fusing shut with every putrid blast. To the Biped’s disappointment, it did not, and the scalding, rancid wind only intensified, filling the whole house with sulphur and corruption.

But, no matter how toxic they might become, the humiliation of a fart is finite; the betrayal of an untrustworthy sphincter is not. Day after day, my once proud turds were slowly reduced to small piles of yellow custard, as your delicious brand of “Six Fish, Biologically Appropriate Dog Food” began to exit my body with no warning whatsoever. My bowel movements – once the highlight of my daily sojourns – became a disappointing series of spasmodic and unpredictable mortifications, resulting in pathetic puddles of liquid scat The Biped deemed “canine yogurt,” and struggled mightily to recover.

Happily, the cause of my incontinence has now been identified. Are you curious?

Are you keen to know the source of my ignominy?

Relax – it is not your delicious brand of “Six Fish, Biologically Appropriate Dog Food.”

Pictured here, are both products. As you can see, each bears an uncanny resemblance to the other. Both feature the exact same photo of a Canadian creek in the upper right hand corner. Both weigh exactly 2.27kg. Both use identical shades of red in the upper left, and both are dominated by a periwinkle hue. Aside from the words “dog” and “cat” in woefully inadequate fonts, both bags are nearly identical. Except that the bag on the left will make you shit like baboon with dysentery.

Look, accidents happen. Clearly, The Biped bought the wrong bag of food. And who knows, maybe the Pet Store People put it on the wrong shelf. But come on, Orijen – surely you can find another color to better differentiate between that which will sustain me, and that which will send my colon on a drunken sabbatical. Surely, you can make the words CAT and DOG somewhat LARGER than anything else on the BAG!!!

Otherwise, you might wish to include a role of duct tape with every purchase, so your less vigilant customers can tape their assholes shut.

PPS Upon closer inspection, I see that your Cat Food cost four dollars more than your Dog Food.
Pourquoi?

PPPS If you wish to apologize, you may do so by overbidding on my Bobblehead.