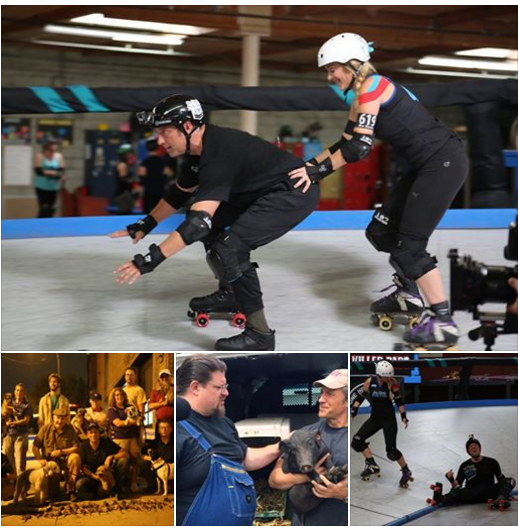 Tonight’s show, like much of my career, is a tribute to pain and humiliation, shot through with elements of unintended disappointment and potential controversy.

The pain and humiliation come courtesy of The San Diego Derby Dolls, a jolly troupe of smiling females who combine genuine fellowship with unapologetic violence in a single-minded commitment to 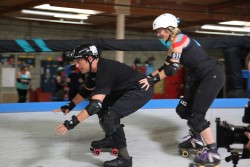 win at all costs. I wish I could tell you my onscreen ignominy came at the hands of The Derby Dolls themselves, but alas, it was my own inexperience on eight wheels that lead to the majority of my bruises. Honestly, I don’t recall ever looking or feeling less competent, and that’s saying something. 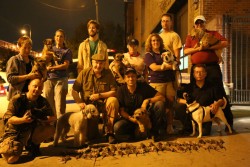 The “Unintended Disappointment” portion of the program will most likely manifest in those viewers who empathize with rodents. In Manhattan, I join a nice group of middle-aged New Yorkers and their mild-mannered lapdogs who have waged a holy war on the rats of Gotham. It’s a fascinating look at a very small approach to a very big problem. And it’s very, very messy.

As for controversy, if you want to pick a fight, try telling the pork industry you’ve found a better way to grow a tastier pig. I met a guy in Iowa who’s convinced that “the other white meat” should really be red, and he’s on a mission to spread the word and change the face, (and the taste,) of swine. He might be on to something. But he’s not making a lot of friends down on the farm… 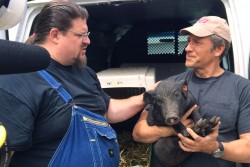 Pain, Disappointment, and Controversy!
Tonight at 10PM/ET, on CNN.