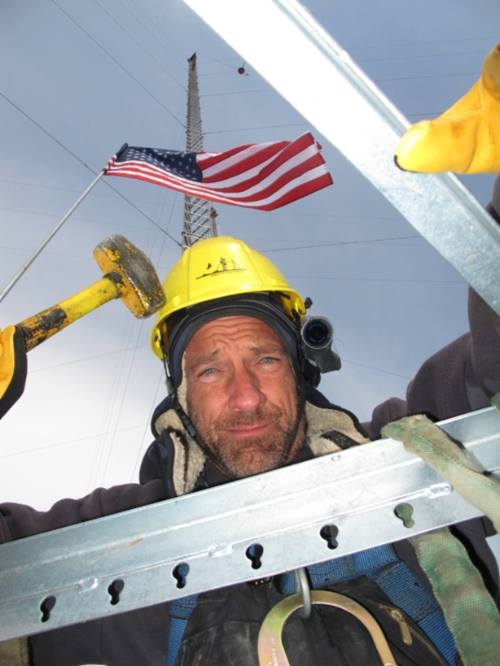 This weekend, The Science Channel, (The Science Channel?) ran a marathon of old Dirty Jobs. This resulted in hundreds of questions on My Wall, including this excellent query from Edward Dracht, which seems well suited for Labor Day Weekend.

“Mike, why don’t you tell us how much the guys make doing those dirty jobs?”

The best way to turn Work into a one-dimensional topic is to focus on how much money a particular job pays. Dirty Jobs was unique, in part because we deliberately avoided that very question.

My goal with the show – aside from having a few laughs and keeping the lights on at Chez Rowe – was to introduce the country to a collection of people who worked in dirty and difficult environments but nevertheless loved what they did. Obviously, money matters a great deal, but job satisfaction encompasses so much more. I wanted to highlight people who laughed at adversity and saw their work as a means to something more than a paycheck.

Also – today’s politics being what they are – many people assume that Dirty Jobs is not just a tribute blue collar work, but a subtle indictment of management and bosses in general. Not so. Underneath all the exploding toilets and misadventures in animal husbandry, Dirty Jobs was really an examination of vocational happiness. My show was never about the color of collars, or the role of unions, or the dangers of income inequality – it was always a non-partisan look at individual job satisfaction. Sure – we featured many hard-working employees, but we also profiled just as many entrepreneurs, small business owners, sole-proprietors, and independent contractors who woke up clean and came home dirty. And along the way, we tried hard to never equate the value of a job with the size of a paycheck. Why? Because I know welders who made $45,000 a year, and I know other welders who made $175,000 a year. Likewise plumbers and painters and miners and electricians.

Today – in my opinion – too many genuine opportunities are dismissed or ignored by those looking for work because they believe the job is too dirty, or the hours too long, or the perks too few, or the starting pay too low. It would be useful I suppose, if we could know with certainty what a specific vocation would always afford the worker, but we can’t. Geography matters, as does experience, attitude, work-ethic, and a dozen other factors that often get pushed aside. In Colorado, we met a guy who cleaned septic tanks for $32,000 a year. In Wisconsin, we met another guy doing the same thing for about $250,000. I met maggot farmers and worm wranglers who made more than many tenured college professors. I profiled farmers who were on the verge of bankruptcy, and other farmers who were multi-millionaires. From what I could tell though, they all loved their work.

Last month, I got invitations from three different publications asking me to weigh in on their annual list of “America’s Top Jobs.” This happens every Labor Day, and every year I decline. Because the existence of “Good Jobs” implies the existence of “Bad Jobs,” and I’ve come to the conclusion that there is simply no such thing – at least, not in terms that apply to anyone but me.

Seven years ago, on another Labor Day, I launched the mikeroweWORKS Foundation. It’s a modest endeavor, but since that time, we’ve drawn a fair amount of attention to thousands of good jobs waiting to be filled, and done what we can to reward the one thing that will always be in demand – work ethic.

So far, our Work Ethic Scholarship Program has awarded over three million dollars to people willing to pursue a skill that’s in demand. Last week, we awarded $446,000 to about 75 individuals. The plan was to cap the allotment at $400,000, but so many deserving people applied, we decided to stretch to accommodate as many as possible. Thanks to the generous fans on this page, we were able to so, and today, I’m perusing dozens of thank-you notes from the recipients, and passing their gratitude along to you. Along with my very best wishes for a Happy Labor Day.

PS. Tomorrow, I’ll try to raise some more money for mrW by answering questions on CNN’s Quiz Show. You can check it out at 8pm on CNN. Please adjust your expectations accordingly.