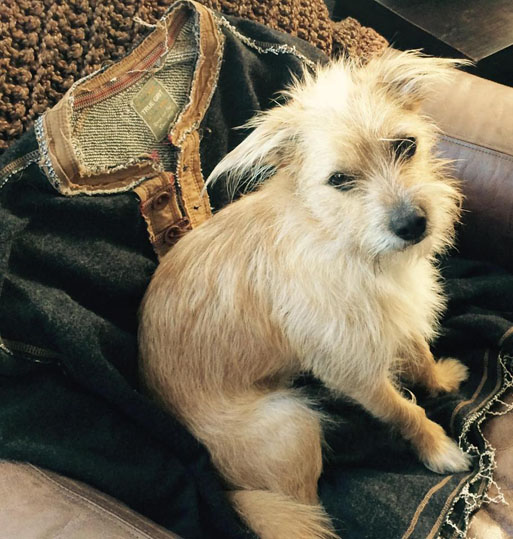 Kara Ristau writes…
My husband and I were recently watching the Chicago Ice Rescue episode in which you were wearing a long-sleeved black shirt with a brown/tan neckline and buttons. My husband is a farmer…a meat and potatoes kinda guy, manly man, etc. He loved this shirt and insisted that I figure out what brand it was so he could order one. This is extremely out of character for him to pay attention to clothing, so I had to crack the mystery of the shirt. Unfortunately, Google has failed me. Could you please point me in the right direction?
Kara

With respect to fashion, The Biped doesn’t know his ass from a hot rock. Most of what hangs in the textile dump he calls a closet is on permanent loan from various wardrobe departments, and the garment you refer to is no exception – purloined no doubt from some unsuspecting producer who would never imagine a B-list celebrity capable of such petty pilfering.

It’s a curious flaw in his character. While honest in most dealings, The Biped is surprisingly void of conscience when it comes to bringing home clothes that technically don’t belong to him. Does he place such little value on apparel that it never occurs to him that someone else might actually pay for the clothes he wears for work? Does he feel that anything he wears on television should automatically become his personal property? I don’t know. To be honest, I’ve never once seen him purchase a piece of clothing, so maybe he’s just cheap in general? Regardless, the odds 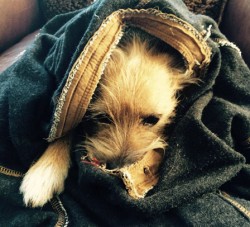 of my Human Butler answering a sartorial query are slightly less than zero, so I’ve ventured into his armoire, located the shirt in question, and dragged it out in the hope of providing you with an intelligent reply. Here’s what I can tell you.

1. It feels fantastic on my rectum. The blend is an unusual mix of fibers, including acrylic, polyester, cotton, and wool. The combination results in a surprisingly soft but sturdy “hand,” and feels comfortable on 100% of my body. My anus in particular.

2. The construction is excellent, though it’s made in China. All the stitching is heavily reinforced, and even though it looks like it’s on the verge of unraveling, it appears to be expertly made. The buttons in particular, are affixed with what feels like iron thread. I’ve been gnawing on them for hours to no avail.

3. It’s not really black, as you’ve described. It’s actually a smokey colored slate, with a touch of charcoal. You’re correct about the brown/tan collar, though in this light, it seems more of a chocolate-colored hazel with undertones of sepia, mahogany, umber, and maybe a hint of burnt sienna. The stitching on the other hand is more like caramel and chestnut, with alternating splashes of camel and café au lait. Modesty aside, it compliments my own coloring in every way. 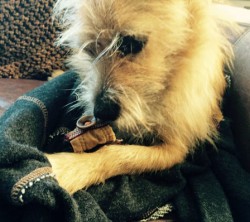 4. It has what the chefs call a fantastic “mouth-feel.” I don’t know your husband, but if he is truly constructed from “meat and potatoes” as you say, I can imagine they’re times when he’ll lick himself for the sheer joy of it. I know I do, and I don’t even taste all that delicious. But I do appreciate the way things feel in my mouth, and this shirt is unexampled in that regard.

5. The label in the back says “True Grit.” Underneath that it says, “Young and Free Since 1991.” I have no idea what this means. We watched a movie the other night called True Grit, but I’m almost positive John Wayne was not wearing this shirt. As for the second part, I’m not sure how one can claim to be “Young and Free” and then affix a date to both claims. Freedom I suppose, with good luck and vigilance, can be maintained indefinitely, but Youth has a shelf life, and if the clock started ticking in 1991, it seems as though the underlying truth of the claim will get very thin, very quickly.

Anyway, that’s my two cents. Hope it helps. Good luck with your search, and tell your manly man his secret’s safe with me.
Freddy