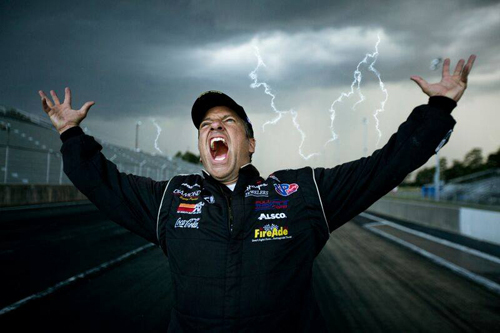 Mikey,
Two questions:
1) Any chance I could bait you into a few words on this weeks controversy about The View/Joy Behar vs. Nurses/Miss America contestant?
2) Is Vocational Nursing included in mikeroweWORKS?

Sure! Who doesn’t like a good controversy on a Sunday afternoon? First, the facts, as I understand them.

In the talent portion of The Miss America contest, Miss Colorado chose to perform an “original monologue” that explained why she loved being a nurse. She did not wear a bathing suit or an evening gown. She did not dress up like The St. Pauli Girl. She appeared on stage in her work clothes – scrubs, flats, and a stethoscope around her neck, and talked about why she loved caring for people.

This seemed to confuse Michelle Collins, one of the dozen or so ladies who host The View. Ms. Collins was evaluating the performance of each beauty contestant, and offering her personal opinion of the various talents on display. Like many fans of beauty pageants, Ms. Collins was probably expecting a song and dance, a juggling routine, an accordion recital, or maybe a few hilarious minutes with a ventriloquist dummy. When none of that came to pass, Ms. Collins said of Miss Colorado’s monologue, “reading work-related emails out loud is not a real talent.” At which point Joy Behar wondered aloud, “why is she wearing a doctor’s stethoscope?”

The fallout was fast, furious, and utterly predictable.

– The twitter-verse exploded with righteous indignation.
– #nursesunite was immediately announced.
– Facebook exploded with righteous indignation.
– An apology was offered, but not universally accepted.
– Two advertisers left the show.
– Additional apologies were offered.
– Three more advertisers left.
– Thousands are now demanding the offending hosts be fired.
– Nurses are getting some fantastic and long overdue publicity.

This is how PR works in 2015. Thanks to social media, America now has the ability to express her outrage instantly, in 140 characters or fewer. With the press of a few buttons, we can summon lightening bolts from on high, and call for the destruction of anyone who dares offend us.

Unfortunately, this technology has come at a time when the whole country is just waiting to be offended. A flag, a comment, a candidate, a stupid joke…the slightest of slights are all fair game, and ripe for umbrage. The Offended are now a daily part of the 24 hour news cycle – a cycle driven by hashtags and hurt feelings and a thousand different agendas. Thus, a silly comment during a silly show becomes an opportunity for nurses to unite. And that opportunity becomes headline news.

Don’t get me wrong, Carolyn. If I were a nurse, I suspect I’d be offended by what I heard on The View. I think nursing is one of the most undervalued professions in America. Then again, if I were a woman, I might be offended by the existence of a “pageant” that rewards physical beauty, and The View’s decision to call attention to such a thing. And of course, if I were a guy trying to promote his own TV show, (Somebody’s Gotta Do It, Sunday at 10pm!), I might be offended that The View has not invited me back to discuss these and other pressing matters.

Regardless Carolyn, I’m not offended by anything I heard or saw on The View. Nor am I offended that nurses across the country are using this “controversy” to push back against the mountain of stereotypes and stigmas that plague your industry. “Never let a good crisis go to waste,” as they say.

However, I’d be careful not to mistake the attention from this current drama with a serious and much-needed attempt to elevate the nursing industry over the long term. Because the truth is, all the publicity will go away the moment some other group is offended by some other gadfly who says the wrong thing at the wrong time. And that’s probably happening right about…now.

PS Yes, my foundation supports people in the healthcare industry. The opportunities and the need for nurses are both off the charts.

PPS “I think one’s feelings waste themselves in words; they ought all to be distilled into actions which bring results.”
– Florence Nightingale