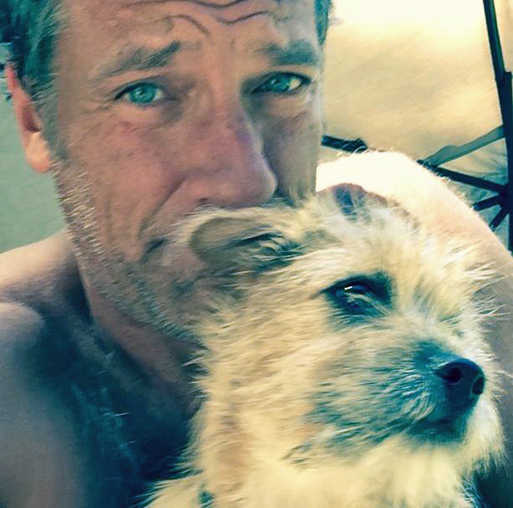 What’s up with that?

According to The Biped, I’m most likely descended from a long line of “terriers and assholes,” though he refuses to actually check my DNA. He says it “doesn’t matter to him, and it shouldn’t matter to me.”

Frankly, I’m down with that. I’m less interested in where I’ve come from, and more concerned with where I’m going. I am confused, though.

It seems to me that most bipeds and canines are an amalgam of race and ethnicity. I constantly hear that America is a “melting pot.” If that’s so, why is National Mutt Day met with such casual indifference?

Seriously, where are the greeting cards? The well-wishes? The mandatory day off for all dogs with government jobs? More to the point, why do the Homo sapiens of The American Kennel Club get all weak in the knees around the “undiluted breeds” of my own species, and completely ignore us mongrels? For crying out loud, I live in San Francisco! Isn’t there supposed to be a pot of diversity at the end of my rainbow?

Maybe I’m just being paranoid, but there’s a Standard Poodle who sits in the bay window across the street. She won “Best in Show” several years ago, whatever that means. Now, she sits up there on her perch and stares down at me over her long and stupid nose as I try to pee in the ivy. Her contempt is palpable. As if her own poop doesn’t stink. Total bitch.

Around the corner, there’s a German Shepard who is apparently a “Champion of Record.” He prowls the sidewalk like a self-appointed sentry, and absolutely refuses to get out of my way. It never fails. Every day we meet, and I try to be friendly. But the big bastard just stands there and makes me walk around him. No eye-contact, no sniff…nothing but judgment and a big dose of authoritarian hoopy-de-doodle.

Then there’s the “Best of Breed” Beagle who barks at whatever moves and struts around with his actual pedigree dangling from his neck, and the insufferable Prize Pomeranian who prances around the Dog Park like Little Lord Fauntleroy. What a snob.

If I didn’t know better, I’d say one of our species is living in the past, struggling to reconcile the egalitarian promise of diversity and inclusion with the bourgeoisie fantasy accidental royalty.