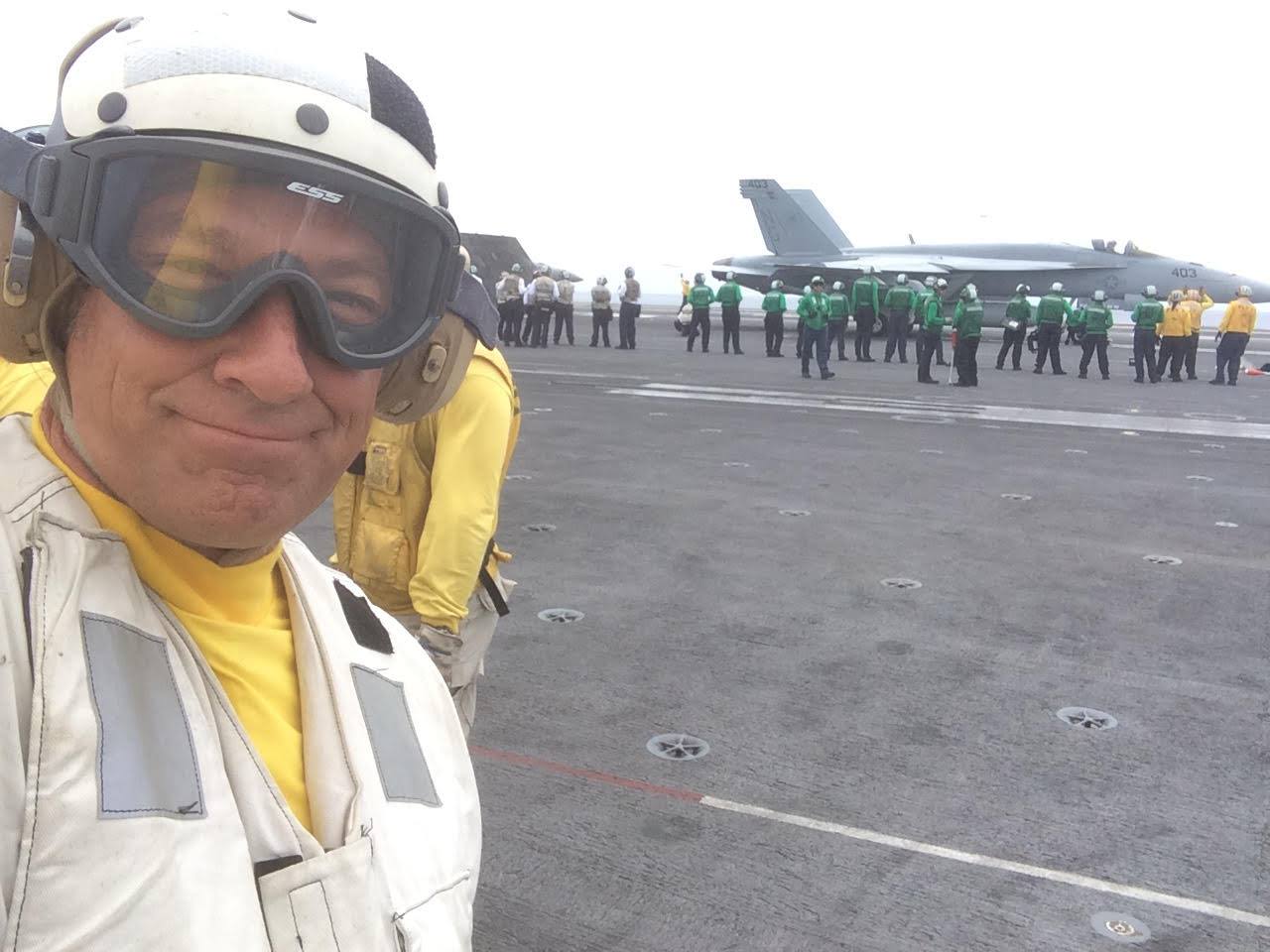 Here’s a sentence I’m fairly sure has never been typed before:

“After learning all I could about the ancient art of shepherding from a true master of the discipline, I left the rolling hills of Escondido and hopped aboard a nuclear-powered aircraft carrier that took me 100 miles off the coast of Mexico, where I spent two days launching fighter jets from a floating runway that appeared to be, for all intents and purposes, way too short for the task at hand.” 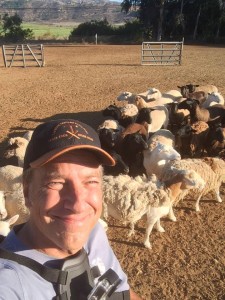 “If I had just a little more energy, I’d draw some interesting comparisons between the difficulty of herding sheep and the unique challenges of finding one’s way around the labyrinthian entrails of The USS Stennis, a $4.5 billion Nimitz-Class Aircraft Carrier, but alas, my week concluded with a frantic trip to Las Vegas, where I had the pleasure of addressing several thousand independent pharmacists, and then, partying with many of them as though it were 1999 – a decision that has left me no choice but to go back to bed and remind myself that I am no longer 29 years old.”
Like MacArthur though…I shall return. 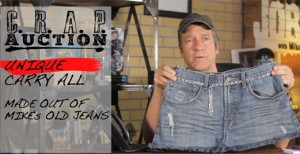 PS. In the off chance this post is not random enough already, let me remind you that a treasured pair of my old bluejeans have been transformed into a tote-bag. Apparently, eBay had some issues this week, but the site is now working again, and there’s still some time left to get into my pants. http://www.ebay.com/itm/-/261984037503… As always, proceeds go for Work Ethic Scholarships.
PPS. Many have pointed out that the aforementioned tote-bag looks a lot like a pair of Daisy Duke’s former cutoffs. They aren’t. They were in fact, a worn and ragged pair of my regular bluejeans, worn on countless episodes of Dirty Jobs. Now, they’ve been cut off at the upper thigh and sewn shut at the bottom, which is precisely what allows the owner to fill the space formerly occupied by my junk with whatever sundry items he or she might wish to tote.

PPPS. Some have also wondered if I had ever worn Daisy Duke type shorts, or if I might consider doing so now to “sweeten the pot.” I must respectfully decline. Closing the skills gap is important, but opening The Dignity Gap should be avoided at all costs.