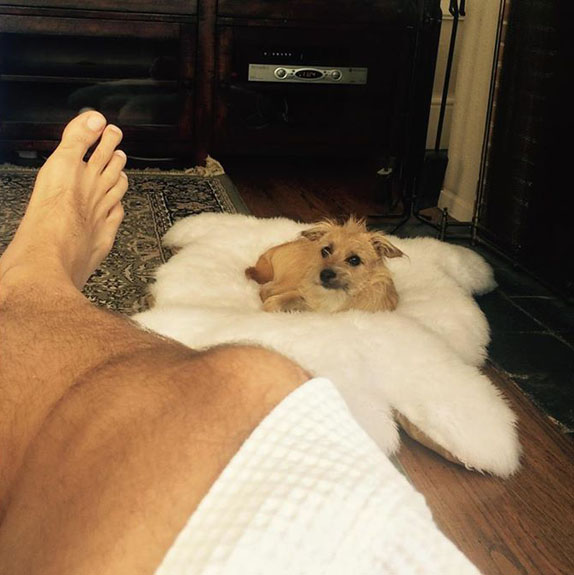 Lesa Cooper says,
“What happened to “Friday’s with Freddie” this week?”

Janet Schwing Eyler observes,
“Freddy is a little behind on letting everyone know how his Friday went!”

Holly Kirkendoll intones,
“Miiiiike – you ok? Sir Fred alright?!? My week and may I daresay, my HEART seem incomplete… Did I miss it yesterday?”

Barbara Cushing asks,
“What happened to Friday with Freddie? I missed seeing it.”

The Biped’s been sitting in the same chair since Thursday with a glass tube stuck in his mouth and an an ice pack on his head. From my present vantage point, he looks much like that cake someone left out in the rain. Now, he’s muttering to himself, eating popsicles, and sweating like a whore in church. I was on the verge of worrying, but he just threw some bacon in my general direction, and hobbled off to the bathroom, where I can only hope he’ll reacquaint himself with the shower.

He doesn’t get sick often, but when he does, I have to say it’s a real inconvenience. I haven’t been forced to crap on one of those ridiculous pads in over a year, and I have to say it’s…off-putting. Anyway, he appears to have rounded a corner. I’ll keep you posted.