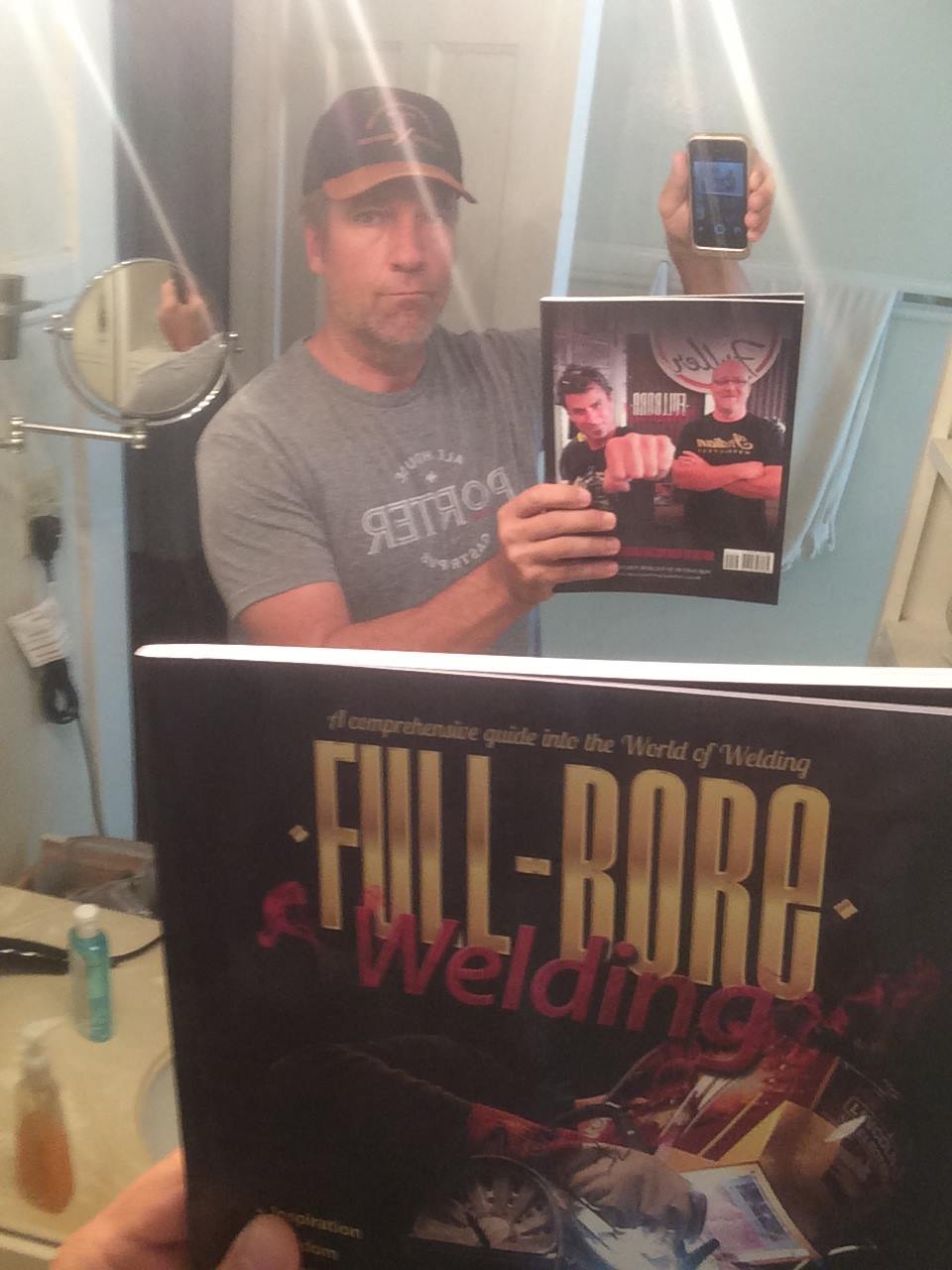 I noted that J.P. Morgan Chase recently donated $600 thousand to a high school metal shop in Miami. Specifically, they are trying to garner student interest in vocational skills, including welding. Obviously, this is fantastic, and when I read it, I couldn’t help but wonder if you had a direct impact on this.
Andrew Elam

Thanks for the heads-up. Clearly, someone on the executive committee at J.P. Morgan has visited mikeroweWORKS.com and felt the irresistible urge to write a check for $600,000 as a result. This happens all the time. Just last week, a large oil company heard about my efforts to reinvigorate the skilled trades and dropped off a duffel bag packed with several million dollars at my office in Santa Monica. And today, we’re expecting a shipment of gold ingots from Google to be used for the same purpose. Or maybe it was Twitter? I get them confused.

Truth is, my fever has not entirely broken, and a quart of Mucinex is currently working it’s way through that part of my brain responsible for telling the truth. At times like these, I often indulge in wishful thinking, so it’s probably best to ignore the bulk of this post. Having said that though, I seriously doubt the worlds largest investment bank was influenced by my own modest efforts to close America’s skills gap.

However, it does seem as though we agree that too many people view millions of great jobs as “vocational consolation prizes.” Reversing this perception is critical to filling several million available jobs, and J.P. 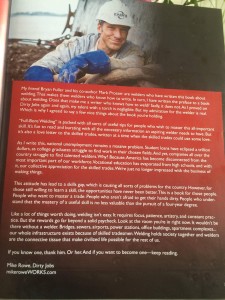 Morgan’s donation to a worthwhile school is a positive step in the right direction. Someone should thank them, so please…allow me!

Also, I think it’s awesome that a bank is encouraging kids to weld. I’ve partnered with all sorts of big companies who understand the importance of maintaining a skilled workforce. Caterpillar in particular, has been a tremendous partner to mikeroweWORKS. But a bank? Hell, it never occurred to me to even ask them for help – or offer any – but obviously, I should have. After all, banks wouldn’t exist without welders, and while it’s true I haven’t actually been inside one for at least ten years, I’m pretty sure the ATM’s on which I depend would fall apart if all the welds inside suddenly vanished. And yet, welders are in short supply. Honestly – and this is not the Mucinex talking – the opportunities for those willing to weld and go to where the work is are often in the six-figure range. I’ve seen it myself, over and over again.

Last year, I read the galleys for a book called Full-Bore Welding. I liked it so much I wrote the preface. If you or anyone one you know is willing to learn a skill that’s actually in demand, please – read this book. And ladies – don’t think for a second that this is strictly a man’s industry. In many cases, women have advantages men do not, (small hands,) and companies are looking hard for women who aren’t afraid to get their (small hands) dirty. You can get a copy here. 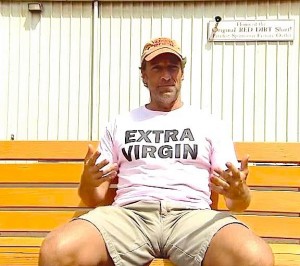 Speaking of small and dirty hands, I’d like to thank a woman named Ruth from California who just paid $825 dollars for one of my favorite Tee-Shirts. As you can see, the message on the front proclaims the owner to be an “Extra Virgin.” I have no idea if the Ruth who purchased this garment espouses the implied virtue, but I can assure you, it’s previous owner did not, and from what I’ve experienced from my years in Southern California, the list of virgins in that part of the country – extra or otherwise – is not exactly voluminous. But that’s beside the point. Ruth’s generous donation will help bolster our Work Ethic Scholarship Program, and that to me is far more important than her implied rectitude, or lack thereof.

One more thing, before the medication wears off. Ruth’s purchase – and J.P. Morgan’s generous support of the welding school in Florida – really are two sides of the same coin, and equally vital to closing the skills gap. I call the approach micro/macro, pun intended. In my own modest opinion, the skills gap will never close unless our country reconsiders our absurdly narrow definition of what currently constitutes a “good job.” That means changing perceptions, and that’s going to require big companies to make big gestures like the one J.P. Morgan just did. But – it also means a lot of individuals with big mouths and large Facebook followings will need to find new and creative ways to reward the kind of behavior we want to encourage. Consider what Chase has just done. According to the attached article, (seen by virtually no one,) they’ve invested over 1.6 million dollars in a fantastic program in Miami-Dade that specifically trains people for jobs that actually exist! Why is this not headline news? Seriously, aside from the link Andrew provided, (now five months old,) where’s the press? Where’s the challenge for other bankers to follow suit?

This is why I’ve been auctioning off my C.R.A.P. (Collectibles, Rare And Precious,) for the last few years. Sure, it raises some money, but it also gives me something to crow about it to 2.6 million virtual friends, and hopefully, inspire them to help spread the word. Closing the skills gap is as much a PR challenge as it is an economic one. Perceptions matter – a lot – and if people aren’t excited about the opportunities that currently exist, a lot of big companies are gonna throw a lot of good money straight down the drain, trying to train and recruit people for jobs that no one wants. That’s why Ruth’s generosity is more important than her virtue, and no less critical than big checks from big companies. It keeps the conversation lively. So, whatever the state of your personal virginity, do me a favor and share this. And keep an eye peeled for the next piece of C.R.A.P.

I can tell you now…it’s tasty.

PS. Full disclosure, I don’t bank with J.P. Morgan Chase. Naturally, that might change, should a modest donation arrive at mikeroweWORKS World Headquarters. (Bags of cash are fine.)

PPS. I don’t always drink Mucinex from the bottle, and I can’t say with certainty I ever will again. But if they were to cough up a donation equal to the phlegm their fine product has coaxed from my tuberculean lungs these last few days, I’d include them in every post for the remainder of the year.