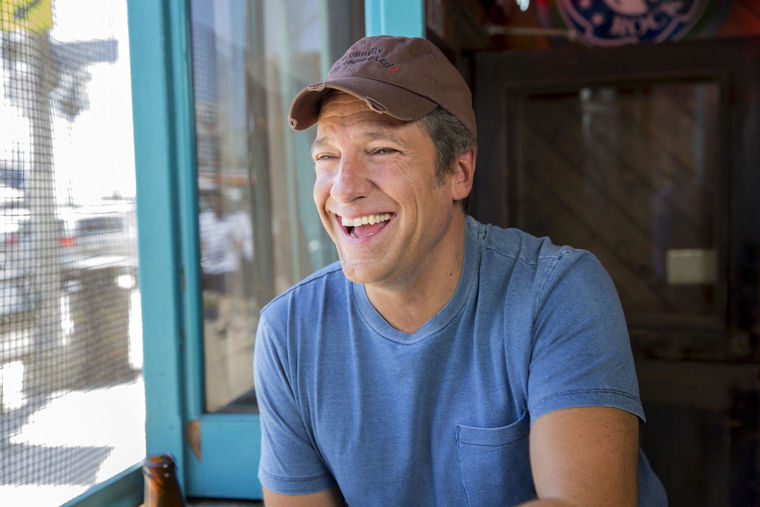 TV’s Mike Rowe was in town this week to do one of his unusual jobs.

Rowe is host of CNN’s “Somebody’s Gotta Do It.” The show grew out of Rowe’s previous, long-running Discovery Channel program, “Dirty Jobs.”

The TV host posted about his visit to the area on his Facebook page. He had kind words for the Hampton Inn in Spring Lake, where he stayed, calling it “superior to many 5-star hotels.”

Rowe also talked about meeting some of the workers at the hotel, including a maintenance worker. Rowe said the worker told him he tries to take ownership of every job he does, calling it “MY job.”

Rowe said the words inspired him.

A spokesman for Hampton Inn said Rowe checked out Friday.

“Somebody’s Gotta Do It” premiered on CNN in October.