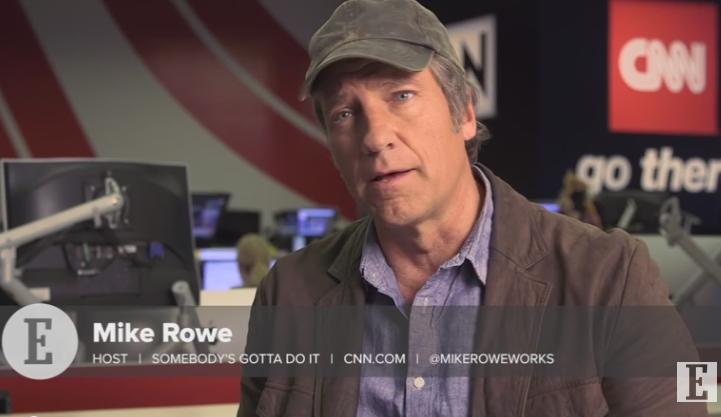 For Mike Rowe of Dirty Jobs, business sometimes comes down to two positions: mercenary or missionary. Before your mind gets trapped in the gutter, let Rowe explain.

“By missionary position I mean doing something decent but not founding your entire businesss on it,” he says in an interview with Entrepreneur. Because, of course, “altruism in and of itself isn’t really going to do much of anything.” You have to take care of yourself first before anyone else.

As host of Discovery’s Dirty Jobs, and now CNN’s Somebody’s Gott Do It, Rowe has toiled alongside countless entreprenuers — most often in dirty, unwanted trade industries. When a job is unwanted, it often means there is a gap between the demand for those jobs and people who are trained and willing to perform them.

So when Rowe has time away from his mercenary self as a TV personality, he turns on his missionary mode. In 2008, he launched the mikeroweWORKS Foundation, which awards scholarships to students pursuing a career in the skilled trades.

For more on Rowe’s thoughts on mercenary vs. missionary, and filling the skills gap, check out the short video above.