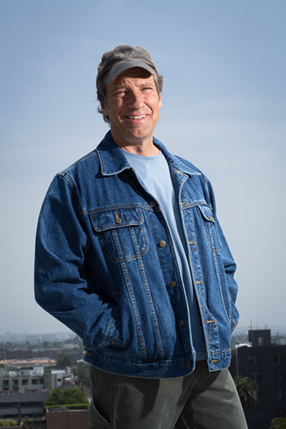 Hey Mike – Just wondering about your feelings on the confederate flag thing. How do you feel when you see one? Do you feel it should come down? Do you feel like it’s a symbol of hate, or a symbol of independence?
Jason Frank

The Confederate Battle Flag makes me feel angry. It reminds me of The KKK. I hate The KKK. Consequently, the sight of that flag makes me want to travel back in time, long before the Klan came together, find the original Grand Wizard, and beat him to death with a golf club.

Swastikas also make me angry. They remind me of Nazis. I really hate Nazis. Consequently, whenever I see a swastika, I want to travel back in time, find Hitler long before he came to power, and beat him to death with a golf club too.

I know it’s irrational to allow talismans of evil to fill me with fantasies of time-traveling violence, but I’m a human being. I have no control over my feelings, or what triggers them. Fortunately though, I also have a brain. It’s a modest brain, but it functions in a way that allows me to acknowledge my feelings without being guided by them. Thanks to my brain, I came to realize that my feelings – while endlessly important to me – are surprisingly unpersuasive to everyone else. Consequently, while I’d love to tell you more about how I feel, I’m going to try instead to tell you what I think.

I think we need to be very careful about congratulating ourselves too enthusiastically for removing a piece of cloth from the public square – even if it’s removal is long overdue. I also think we need to stop calling people racist, just because they see the flag as something other than a symbol of hate. This is what happens when we put a premium on our feelings. We assume everyone who disagrees with us is not merely wrong, but dangerous.

I know many good Southerners who abhor racism, but view this flag as an important connection to their ancestors – the vast majority of whom never owned slaves. This doesn’t mean the flag should be allowed to fly on public property – not for a minute. But it’s a mistake in my view, to equate the removal of a symbol, with the removal of the evil it’s come to symbolize. And that’s exactly what a lot of people are doing. We’re conflating cause and effect.

For instance, we look at that picture of Dylan Roof, and we see a bigot who appears to have fallen off the cover of American Racist Quarterly. He’s got the whole package – vapid stare, dopey haircut, fancy apartheid patches, and of course, the Confederate Battle Flag. We’re repulsed, and yet, we also feel relief, because now we understand exactly what he is – he’s a racist, plain and simple. Now, all we have to do is eliminate the hatred that drove him to murder.

Sadly, we have no idea how to do that. Nor can we go back in time to introduce his head to a golf club, and save us all the agony of his cowardly act. So what do we do? We target his accessories. We focus on the accoutrements of bigotry, and assign them magical powers.

By all means – lets take the flag down. It’s long past time. But let’s not fool ourselves. Racism and terrorism and all the other hate-filled “-isms” that plague the species will never be eliminated by banning flags, burning books, limiting speech, or outlawing white sheets and pointy little hats. When Dylan Roof walked into The First Emanuel Church and killed nine black Americans, he wasn’t waving his rebel flag or screaming the N-word. He didn’t look like a racist. He didn’t act like a racist. Until he started killing people.

That’s the problem with people in white sheets and pointy hats. They don’t always dress the part, or carry the proper flag.