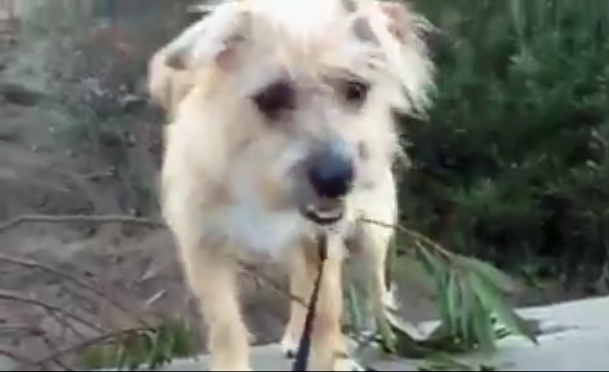 “I hopped on to a low wall around the Presidio, and headed north at a leisurely pace. The biped followed, hanging on to the leash as though I might float off like a balloon if he let go. (Ever since the “collar incident,” he’s turned into a bit of a worry-wart.)

As the angle of assent increased, I attained an altitude that made jumping off the ledge and bolting across the street an impossibility. The biped, with his large and superior brain, intuited this, and let go of my leash, imagining perhaps that I was trapped on the top of the wall. Fool! For on the other side, the ground rose in concert with the angle of the wall, and a mere two feet below, a grassy meadow littered with a beguiling smorgasbord of discarded grocery products beckoned.

Naturally, I dove headlong into the treasure-trove of rancid delights, and got busy masticating. The biped bolted back, and eventually, armed with superior strength and opposable thumbs, wrestled me back on to high ground.

All in all, a most satisfying stroll.” Freddy