Mike opens up on pay, public office and the ‘skills gap’ 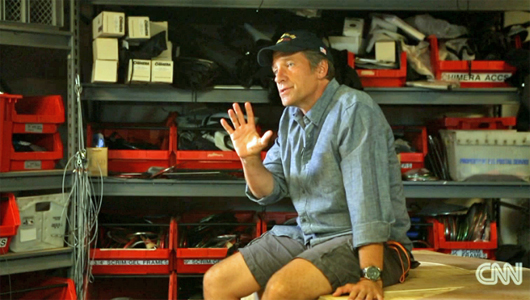 In Rowe’s new CNN series, he takes us to meet all of these folks who are the “somebodys” that “gotta do it!” He also wants to re-introduce himself to you. With the help of this Q&A, Rowe lets us in on a few details we maybe didn’t know before.

CNN: For those who may have been in hiding for the past several years, tell us a bit about who you are. Your unique brand of humor is famous, but please, include a little about your serious side. Describe how and why you try to make a difference.

MIKE ROWE: I’m a fairly simple sort. Oldest of three boys. Grew up in Baltimore. Got my start in the opera, (naturally,) transitioned to the home shopping industry, (logically) got fired multiple times, (inevitably.)

If you know me, it’s probably from a program called “Dirty Jobs,” which aired on Discovery for the last ten years. On Dirty Jobs, I assumed the role of an apprentice, and worked in all 50 states.

As far as “making a difference,” I try to avoid the earnestness that comes with most “causes,” but confess to being interested in American manufacturing, reinvigorating skilled labor, and bolstering alternative education.

I have a foundation called mikeroweWORKS that attempts to shine a light on good jobs that require the mastery of a skill that’s in demand. The foundation awards “Work Ethic Scholarships,” and partners with an assortment of trade schools and corporations. I give speeches and go to DC every so often to yell at Congress.

Read the complete article at CNN.com and don’t forget to watch “Somebody’s Gotta Do It” ~ Wednesday nights 9pm on CNN.