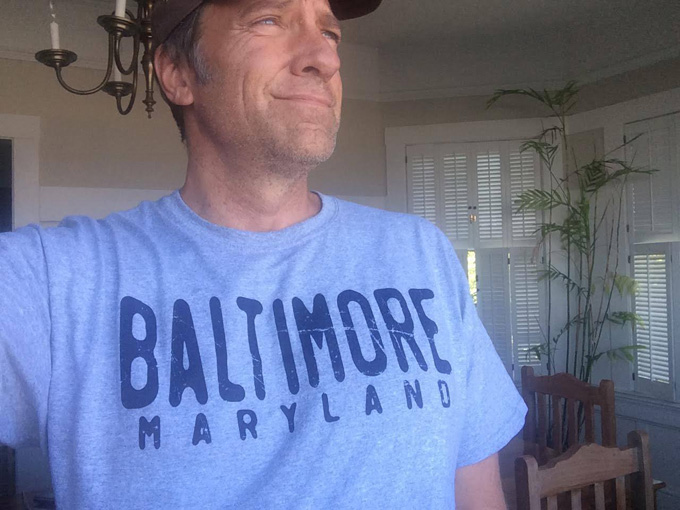 Some of you might remember a gritty crime drama called “Homicide: Life on the Street.” It was on in the 90‘s. More recently, you might recall another gritty crime drama called “The Wire. It too, was critically acclaimed, and profoundly influential. Both shows took place in Baltimore. Both shows were very popular. And both shows convinced millions of Americans that Baltimore is a fantastic place to buy drugs, find a whore, or get murdered. Better yet…all three at once!

As you might imagine, this unfortunate association has not escaped the people in charge of nurturing Baltimore’s reputation as a destination city. Now, after extensive surveys and multiple focus groups, I’ve been invited to participate in a modest PR campaign called “My Baltimore,” a straight-forward attempt to remind the masses that there’s more to my hometown than heroin and gonorrhea.

Unfortunately, the masses are expensive to reach these days, and money is tight. Consequently, The “My Baltimore” campaign will consist of print ads and radio spots, but no television. But then it occurred to me that I host a TV show that’s almost never confused with a “gritty crime drama.” What if I brought my crew to Baltimore and did a segment about the people who are trying to save the reputation of a city that’s been consistently portrayed as a den of iniquity?” Somebody’s gotta do it, right?

Then – in what can only be described as a transparent effort to dramatically simplify my own life while doing something nice – I thought, why not do a whole episode while I’m there? “SGDI – The Hometown Edition!”

Obviously, I’ve got some some contacts back home, but I’d love to see what other suggestions might appear under this post. As always, I want to feature mostly anonymous people who love what they do – this time, in the great city of Baltimore. I’m hoping to put together an authentic hour that celebrates my hometown through the eyes of those who live there and “gotta do it.”

If you know anyone in Baltimore that fits the bill – let me know asap. (Sorry, no pushers or pimps. You guys have had enough press.)

Read Mike’s follow-up blog “After, After “The Wire”.