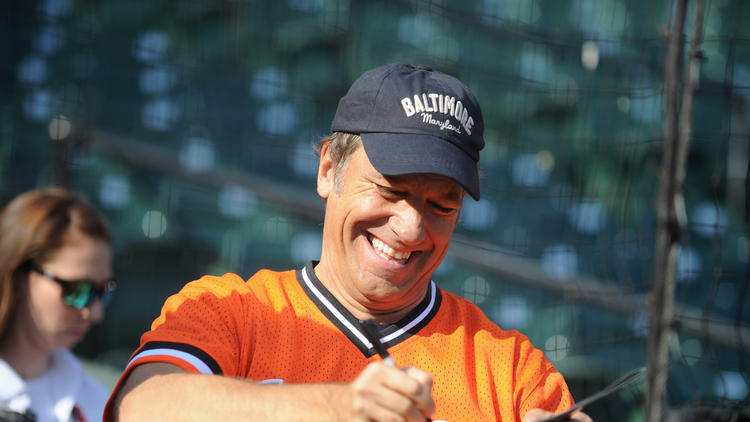 After an interview last week with me that will appear later this month in Sun Magazine, Mike Rowe talked off the record about a project he hoped to become involved in aimed at changing Baltimore’s image away from the one he saw largely created by such TV shows as “Homicide: Life on the Street” and “The Wire.” He said details had yet to be worked out.

Rowe, host of CNN’s “Somebody’s Gotta Do It” series, posted today on his blog about the project under the heading “Rewiring the Wire.” So, it appears some details at least have been worked out.

Here’s some of what he told me.

“OK, so ‘Homicide’ comes along and puts Baltimore on the map, maybe one of the greatest shows ever,” he said. “But in the history of bad press, I mean, good God, this is a nightmare for the tourism bureau.

“So, we’re talking about ways to kind of – without turning it into a sappy love letter – make Baltimore as cool as it can be, as accessible as it can be though the ‘Somebody’s Gotta Do It’ kind of lens.

“So, I’m going to go back in a couple of weeks and talk to them about ways we can make everything from ‘The Star Spangled Banner’ to Federal Hill cool and accessible and fun and blah, blah, blah.

“So, if you’re interested as that shapes up and we can talk about it. …”

I told Rowe I was indeed interested and thought it would make for a very good story.

Rowe, a very creative guy, started spitballing about a possible show within a show with cameras from CNN following him as he tries to find the person tasked with changing the image Baltimore has acquired in part from TV dramas.

“Look, send the cameras to shoot me trying to figure out how to make Baltimore a popular tourist destination, because somebody’s gotta do that,” he said. “That’s actually somebody’s real job. So, we’ll find the person in the city who’s tasked with this basically PR challenge.”

Here’s some of what Rowe, who grew up in Baltimore and graduated from Towson University, wrote on his blog today about the shape the project is taking.