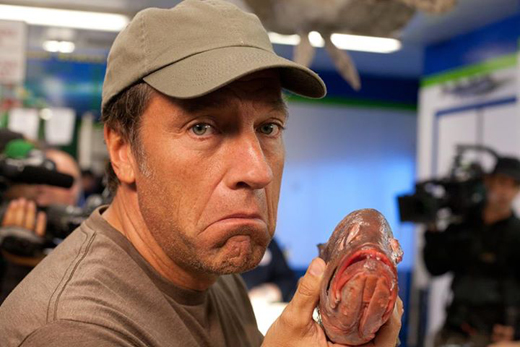 “Mike- you were recently tagged in Glen Beck’s post about being interviewed on his program. Do you realise how many people are upset about this because they despise Glen Beck?! I am disappointed that you did the interview because I want nothing to do with Beck. It’s a travesty.” Posted by Tobey Gloss, 3:20 pm, 9/25/2014

Now to your question – I have no idea exactly how many people share your disappointment over my recent appearance with Glenn. I would assume quite a few. Nowadays, it seems like more and more people are unable to separate an idea from a person. Consequently, I’ve heard from people equally distraught by my past proximity to a number of pundits, including Bill Maher, Sean Hannity, Don Lemmon, Mike Huckabee, Ed Schultz, and Bill O’Reilly.

So much disappointment, so little time…

Here’s the thing, Tobey. I have a foundation called mikeroweWORKS. Our goal is to raise awareness around several million good jobs that no one seems to want. These are jobs that require the mastery of a hands-on skill. Spreading that message requires lots of PR, and Glenn has been very supportive of my foundations goals. I’m grateful for the chance to speak directly to his audience, and will do so again whenever I’m invited back. Likewise, MSNBC and FOX. As well as NPR and CNN. And anyone else with an big audience.

Obviously, our country is a divided mess. If I want to reach the masses, I can’t limit myself to programs and individuals that meet with your specific approval. I know this must come as a surprise, but thanks to the web, disappointment is now easier to share then ever before. So by all means, keep sharing yours. I don’t mind. Just know that when it comes to promoting mikeroweWORKS, your disappointment is a price I’m happy to pay.

Thanks for the feedback, and have a great weekend.

PS. If you’re interested in my previous explanation, here it is.

One thought on “OFF THE WALL: A Price Worth Paying”