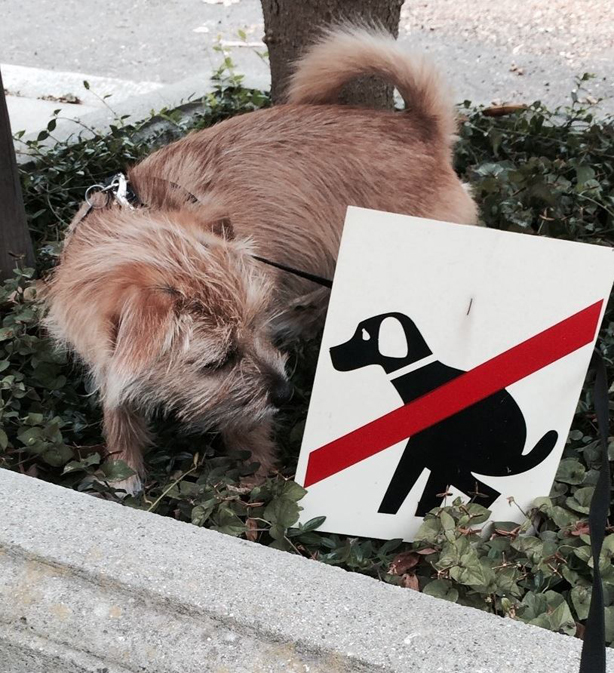 I admit it. I’m not exactly what you’d call a poster child for obedience. I don’t roll over. I don’t bark on command. And I don’t come just because I’ve been called. Call me old-fashioned, but I like to understand why I’m being summoned before I drop everything and dash over to another slobbery biped who simply can’t go another moment without cupping my face and making baby sounds. I’m used to that, and I’ve made my peace with being adorable. But I swear, nothing rankles me more than being bossed around by an inanimate object. 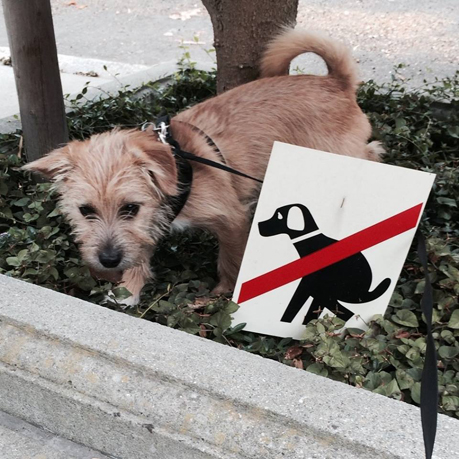 What is it about these insipid placards that inspires such incontrovertible rebellion? Is it their ubiquity? Their anonymity? Their assumptive smugness? No doubt. But I believe there’s something else at work. Something that awakens in the rugged individual a sense of subversion so profound he’s left with no choice but to take the immediate and contradictory course of action. Surely I’m not alone?

This town is awash in a sea

of endless instruction. Most of these commands no longer require words – just the kind of remedial renderings one might associate with a below average seco 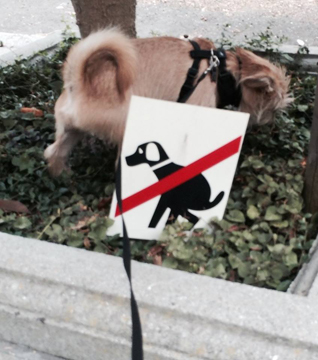 nd-grader, slogging his way through a mandatory art class and painting at the very top of his limited game. But never mind the aesthetics. Consider the actual message. Only in a town that padlocks it’s port-a-potties would some self-appointed neighborhood brown-shirt proclaim that “certain dogs can’t pee on certain trees that grow on certain public sidewalks.”

Well, I reject those fascists, and all the other Condominium Captains who troll America’s neighborhoods, looking for infractions and keeping tabs on the great unwashed. I reject the correctors and the pedants who wait in the weeds to throw the flag on the next unsuspecting soul with the temerity to venture outside of the crosswalk, or the wretched commuter who arrives home late for dinner, and dares to block his own driveway with the fender of his own car. I reject their warnings and their threats and all their castigations. But most of all – I reject their signs. And as long as I can get a leg up on them, I’ll continue to express my displeasure in the only way a lad with no opposable thumbs can hope to do.