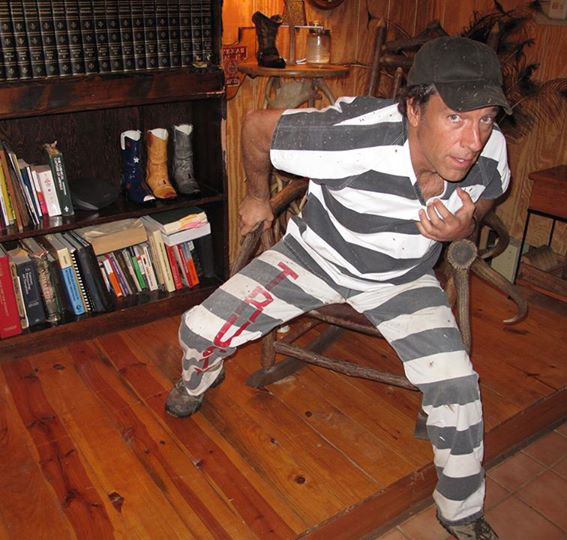 Shoplifters, Shysters, & The Death of Shame

So far, five million people have seen the slightly altered face of a shoplifter I posted earlier this week. Shockingly, there have been no arrests, and no one has turned themselves in. More importantly, no one has threatened to sue me for…well, whatever. Several posters however, have taken umbrage with what they feel is an unfair portrayal of the legal profession. John Streby is one such poster, who shared his thoughts on the wall. What better way to start a Sunday, than by sharing an honest reply…

I’m still waiting for the name of the lawyer whose comments about the shoplifter were the centerpiece of your story, which you basically expanded into a parable about the litigiousness of our society, which you apparently blame on the legal profession.”

Sorry about the wait, John. I hope you passed the long moments someplace comfortable. According to his business card, the lawyers name is Simon. Unfortunately, I won’t be revealing his last name. I know how disappointing that must be, especially after your long vigil, but at least you’re not the only one who’s disappointed. Thousands of other posters made it clear that they would have preferred I not conceal the identity of the no-good shoplifting scumbag in question. Ah, well. Can’t please everyone. As for the root causes of our litigious society, I blame bad laws, human nature, and yes – opportunistic lawyers. I do not however, blame the entire legal profession.

“Those who love to throw stones at lawyers, complete with colorful imagery, mindless jokes, and misleading quotes from Shakespeare are bigots, just as much as those who attribute the problems of mankind to Blacks, Jews, Hispanics or Muslims.”

Hmm….I wonder how the descendants of black slaves will feel about that comparison? Do you think Holocaust survivors will appreciate the implication that lawyers – as a group – have suffered the same sort of bigotry and persecution? Perhaps one day, when Attorneys are born or branded with a scarlet “A”, and physically forced to attend Georgetown or Harvard Law, polite society will count them among the oppressed, and ease up on all those hurtful jokes. But to my knowledge, being an attorney is still a choice, and right now, your chosen vocation doesn’t engender a lot of sympathy. Many Americans feel this country has too many lawyers, too many laws, too many criminals, and not enough justice. Ergo, your profession is ripe for lampooning. (I do agree however, that it’s never OK to tell a lawyer joke that isn’t funny. That simply has to stop.)

“I gather that you identify with those who generally dislike lawyers.”

I identify with those who are tired of seeing compliance trump common sense. Personally John, I rely on lawyers every day, and feel lucky to have some good ones as friends and partners. But I dislike the fact that a criminal like the guy in that photo could team up with a clever attorney and complicate the life of an honest merchant, just because he shamed a shoplifter who got caught red-handed. I believe something bad happens to a society that accepts stupidity of that magnitude.

“If I am correct, that is especially unfortunate because you are an influential public figure.”

Happily, you are not correct. Which is conversely, especially fortunate.

“If I am wrong, please set the record straight by disavowing the anti-lawyer undertone that I inferred from your story and your responses to the comments that followed.”

“Disavow?” What…like on Mission Impossible? Look, aside from the one in your imagination, there is no “record” to correct. I shared a story on Facebook. I don’t mind the cross-examination, but it’s worth remembering that this is not a court of law. This is my Facebook page. You can object all you like, but there are no sidebars and no subpoenas. The story is fundamentally true. But I can’t prove it, and I’m not inclined to try.

“But I also call on you to answer this question: Did you have such a conversation with a real lawyer? Or were you just using dramatic license?”

Tell me John, are you preparing for a trial? I see from your profile that you’re an attorney in Flint, Michigan. Is this some sort of rehearsal? If so, I’m happy to play along. If not, I’m afraid you’re confirming what a lot of people already think and feel about your own profession. Again – the encounter in the liquor store occurred mostly as I described it. I don’t personally know the guy who identified himself as the lawyer named Simon, but his business card is consistent with both his name and his vocation. I suspect it’s accurate, because I recognized the name of the firm. However, I have not verified his identity with The DMV, The California Bar, or anyone else.

“The stilted manner of that unnamed lawyer’s speech suggested to me that you had either created a fictional figure to make your point, or that you had greatly embellished what he did say.”

Funny thing John – Simon spoke in much the same way you write. Based on that, might I logically assume that you are a fictional figure? Shall I demand some additional proof that you are who you claim to be? Again – I didn’t embellish what transpired in the store. Nor did I post a transcript of the conversation. I simply distilled the encounter into a more digestible narrative. It’s not evidence, Counsellor; it’s a story.

“I believe that you are straddling the line between fact and fiction, thereby misleading your readers.”

Misleading them? For what purpose? To whip up support against the ABA? To reaffirm my abiding disdain for shoplifters and thieves? You’re entitled to your beliefs John, and I’m glad you feel free to share them. But I’m afraid you may have confused the online musings of a B-list celebrity with the closing arguments of a courtroom adversary. I’m not addressing a jury. I’m just sharing the details of my afternoon walk with 1.4 million friends. I’m happy to count you among them, but here on Facebook, the line between fact and fiction is wherever you choose to draw it. For instance, in this conversation, I made a decision to assume you really are John Streby, Attorney at Law. You have a website, and your photo there matches your photo on Facebook. But in reality, I have no way of knowing if you actually wrote this note, and you have no way to prove it. For all I know, you could be a fourteen-year old named Sheila, running amuck with Mommy’s laptop and Black’s Law Dictionary.

“And from the responses from several practicing lawyers, it is apparent to me that if this unnamed lawyer actually said what you claim, his competence is highly questionable.”

Your skepticism – (which I applaud, incidentally) – seems a bit narrow. On the one hand, you’re pretty quick to question the truth of Simon’s claims, his professional bona fides, and his very existence. But in the same paragraph, you blithely accept the identities of “several practicing lawyers” as authentic. Why? Is it because they attached a name and photo to their post? Is that your standard for virtual veracity?

In my own novice and non-legally binding opinion, you can’t be a credible human or a persuasive attorney if you direct your skepticism only towards those people who make claims you don’t agree with. Trust me Sheila, the search for truth in cyberspace will take you through the wormhole, and there’s nothing on the other side but pedants and nitpickers and bottomless ambiguity. If you’re not careful, you’ll spend all your time proving everything and understanding nothing.

Which reminds me of a joke…