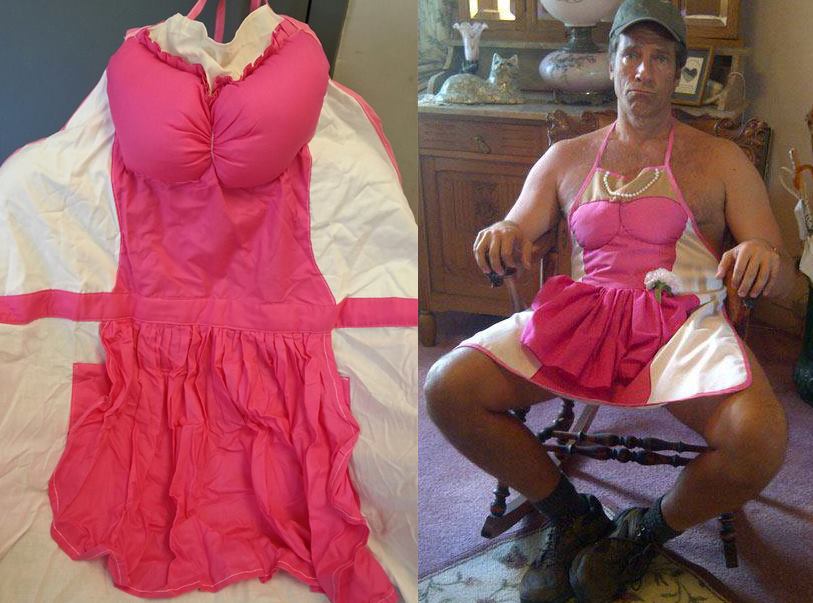 Some of you might be familiar with this photo. It was taken a few years ago on a pig farm in Las Vegas. Specifically, in the bedroom of a lovely couple, during what might be described as The Call of Duty. (Or doody, if you prefer.) It popped up again on my Wall yesterday, posted there by a guy named Keith Collins. Keith and I have never met or spoken, but he was kind enough to post a picture of himself as well, proving beyond all doubt that we share the same sense of fashion, style, and dubious judgment.

According to Keith, a woman named Kimberly Hall recreated my infamous apron, so he could wear it on a three-day, 60 mile walk to raise money for breast cancer research. This struck me as rather courageous. (I know how unsettled I felt after spending just fifteen minutes under that apron. Three days may well be life-altering.) Keith appears up for the challenge though, and willing to risk his personal dignity for a cause that matters to him.

Now, check out the third photo. That’s me with my pants off, standing next to my own mother. Why? Partly because I’m attracted to the absurdity of life. But mostly, because I’d really love to see breast cancer dragged outside 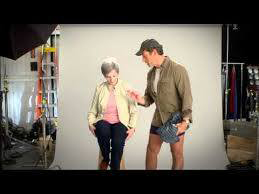 and beaten to death by a large and angry mob.

Seventeen years ago, my mom was diagnosed with this shitty, goddamned disease. Thankfully, she was cured by good doctors and modern medicine, and I’ve been grateful ever since. So a few years ago, I accepted the role of “Ambassador” for an annual fundraiser called Lee National Denim Day, sponsored by the folks at Lee Jeans. The event culminates every year in Kansas City, KS, and back in 2011, I was there, actively challenging people to forgo their next purchase of blue jeans, in favor of a donation of equal value. To better illustrate the point, I made the challenge partially naked. Happily, it worked, and that years National Denim Day raised something like four million dollars.

Anyway, that was three years ago. Today, as I sit in my larger than necessary hotel room, lightly glazed with BBQ sa 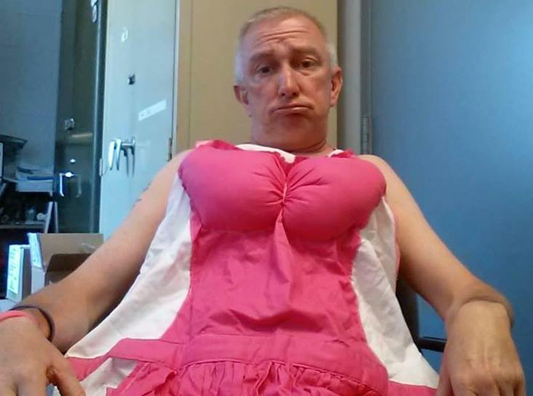 uce and contemplating one more Double-Wide IPA, it occurs to me that I am once again – for entirely different reasons – back in Kansas City. (Missouri this time, but close enough.) And once again, I’m looking at some photos that a saner person might have deleted moments after viewing. But I have no regrets. In fact, I’m flattered that a perfect stranger has picked up my apron of dubious taste, altered it to better accommodate his obvious assets, and pledged to wear it proudly, as he walks for a cause that matters to him.

While he may not be pretty in pink – at least in the traditional sense – Keith Collins is walking the walk. And that’s something worth supporting.

If you agree, Keith appears to have a fairly modest goal. Let’s help him surpass it. Join me in the fight against breast cancer.

In fact, let’s blow it out of the water.