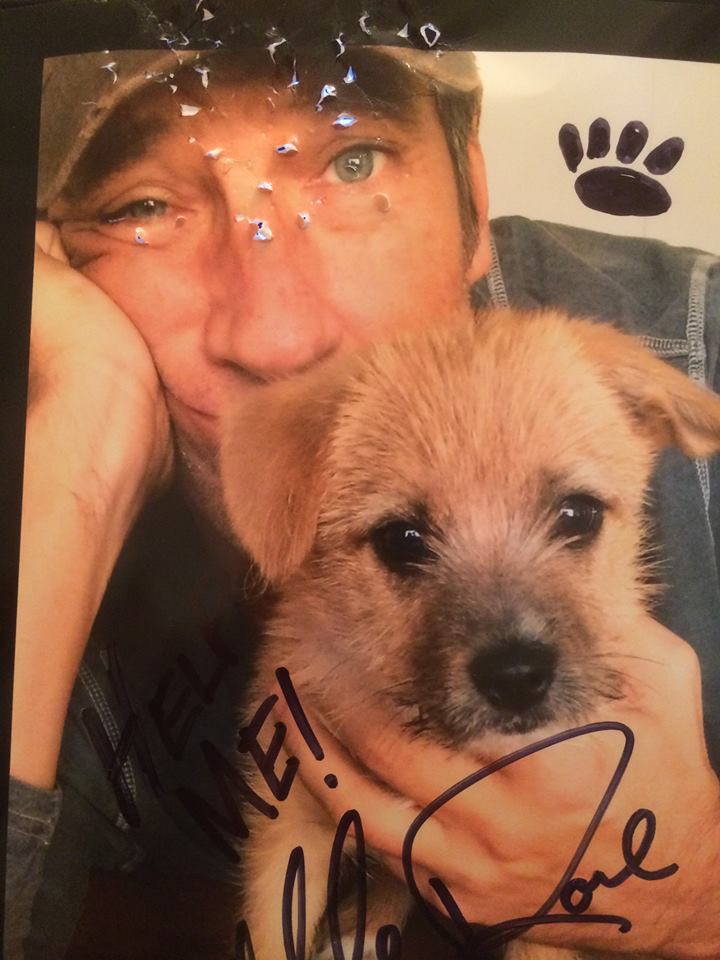 As previously promised, the winner of Puppy Poop Bingo is entitled to a fabulous prize. Specifically, an 8×10 glossy of young Freddie, tastefully arranged into a modest collage, and printed out moments ago at the local Walgreens. 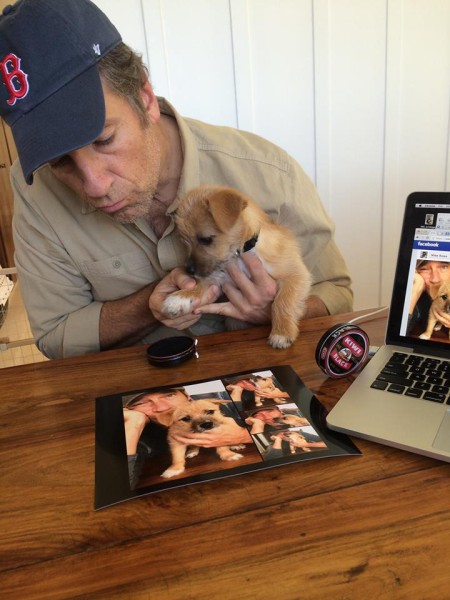 As the attached photos attest, Freddie’s signature was not easy to obtain. However – though mangled and coated with slobber – I believe these imperfections heighten the verisimilitude so often lacking with many publicity shots. Hopefully, Jean Evans will agree. Jean was the first to suggest “Fred” as a possible name, and as soon as I confirm her mailing address, the punctured and perforated picture will be on it’s way, along with my sincere thanks.

Regarding the many thousands of comments surrounding the final outcome of Puppy Poop Bingo, I am now persuaded that the ambiguity of Freddie’s turds justifies a more ecumenical analysis. Clearly – the amount of crap that landed on Barsky should count for something. Also, the overwhelmi 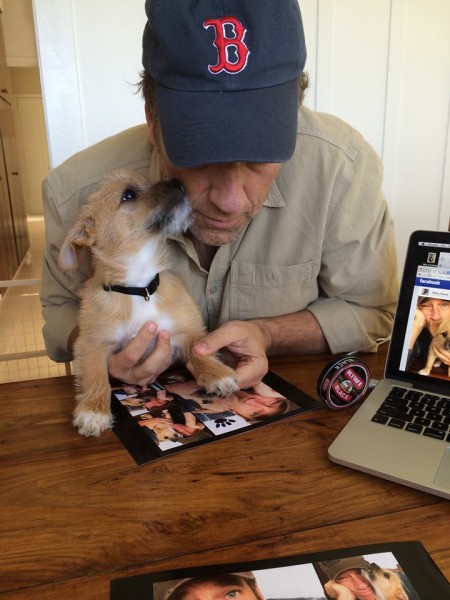 ng popularity of “Rutt” should be acknowledged in some kind of official way. Toward that end, Freddie’s full name – now duly registered with the proper authorities – contains three proper nouns that 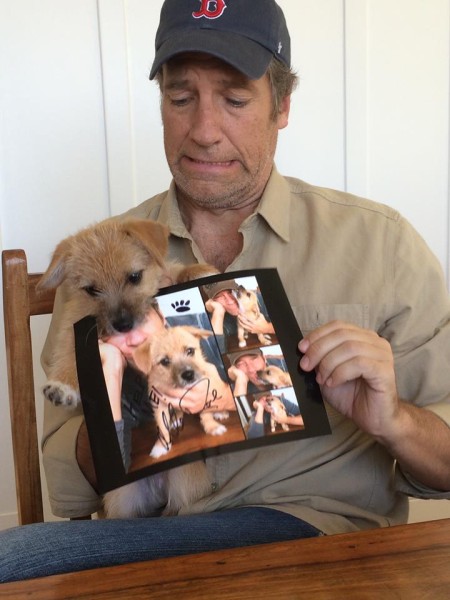 I’m confident you’ve never seen grouped up like this…

Too much? Perhaps. But so spins The Wheel of Fortuna. One moment you’re a lost and lonely mutt, crapping in a cage and bemoaning your lowly station. Seconds later, you’re a Puppy with a Pedigree, dragging your ass across an Oriental rug, and walking with ease among the landed gentry. (Is this a great country or what?)

It’s only fair then, to offer the same photo to Casey Hall, who first suggested “Barski,” and Scott Oden, who first suggested “Rutt.” And finally, a separate photo is waiting for Mark Schultz, who originally proposed the Puppy Poop Bingo conWe’ll contact all of you via Facebook. Please don’t post your address here. Even Freddie knows that’s a recipe for disaster. 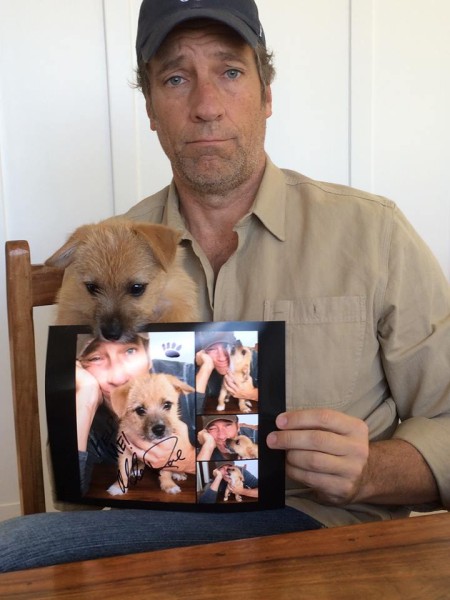 PS. I have no idea how many people actually suggested or “liked” Fred, Freddie, or Frederick. Out of nearly 90,000 suggestions, there were more than a few. The first one however, was Jean Evans. May 3, 10:53 am. Likewise, there were many 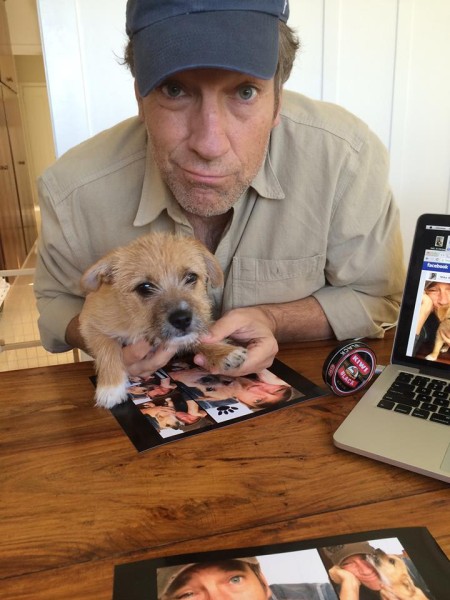 Barsky’s, and Barski’s, (my former producer on Dirty Jobs.) The first to suggest that one was Casey Hall at 10:51, on May 3rd.

PPS. As for the “Von,” that was inspired by the letter “V,” unmistakably formed by Freddie’s poop in the square that bears his first name. (It had to stand for something, and Vince just didn’t have the right snap to it.)

PPPS. If you’re in the market for a Freddie, check out the PPP, (Pet Partnership Program.) The PPP rescues dogs from seriously over-crowded shelters all over California, and transitions them to other locations. They do good work. As does The Marin Humane Society, where Freddie was passing the time when our paths first crossed.