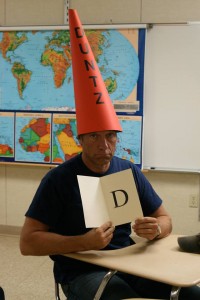 Every four years, the American Society of Civil Engineers issues an “Infrastructure Report Card.” This year we got a “D.” Again. It’s been this way since 1998. (Technically, this year was a “D+” but I never saw the value in assigning pluses or minuses. When I grew up, D’s had consequences that came in the form of extra chores. And a D+ meant the same thing as a D-. But whatever.)

Studies show most people don’t know or care about infrastructure grades, in part because we don’t really care about the infrastructure itself. Until the bridge collapses or the steam pipe explodes or the pothole pops our front tire and sends us hurtling off the highway and into the ditch, they’re just too many other things to worry about. Of course, this is a grave mistake.

Today, our sewers are falling apart brick by brick. Our bridges aren’t much better. The condition of levees and inland waterways are downright scary. Every year, people die when ancient steam pipes explode. So, since this week is National Infrastructure Week, (swear to God,) I thought it might be prudent to let you know that some big-brains have gathered in DC to ponder the consequences of ignoring things like gravity, entropy, and The Second Law of Thermodynamics. Though I wasn’t invited, I wish them well, and hope our elected officials pay attention.

PS. Nowhere is the evidence of a disintegrating universe on better display than the interior of a working sewer. I’ve been in a few, and the thing that really stuck with me, was not the stuff that stuck TO me – that washes off. It’s their physical condition that haunts me most. Even more than the smell. And that’s saying something.
PPS. Of course, you don’t need to go into a sewer to experience the effects of it’s decay. The above photo hangs in my bathroom, and captures the wonder of “Mrs. Frasier’s Exploding Toilet.” It was taken ten years ago in the basement of Mrs. Frasier’s residence, just outside New York City. When the sewer infrastructure failed in her neighborhood, the results became one of our very first Dirty Jobs. (Courtesy flush, anyone?)
PPPS. I get it. We’re broke. There is no money to maintain our bridges and tunnels and aging sewers. That’s why many infrastructure projects are now political footballs. And no one – especially me – wants to see public funds spent on projects that aren’t absolutely necessary. But look – if we can’t fix the stuff we need to have a workable civilization, maybe we should start grading on a curve? Because I worry that 15 straight years of “D’s” can’t be good for our fragile self-esteem…
PPPPS. If you’re desperately bored, and want to hear me describe the inside of sewer in vivid detail, this might fascinate you.

2 thoughts on “America Gets a “D” in Infrastructure”