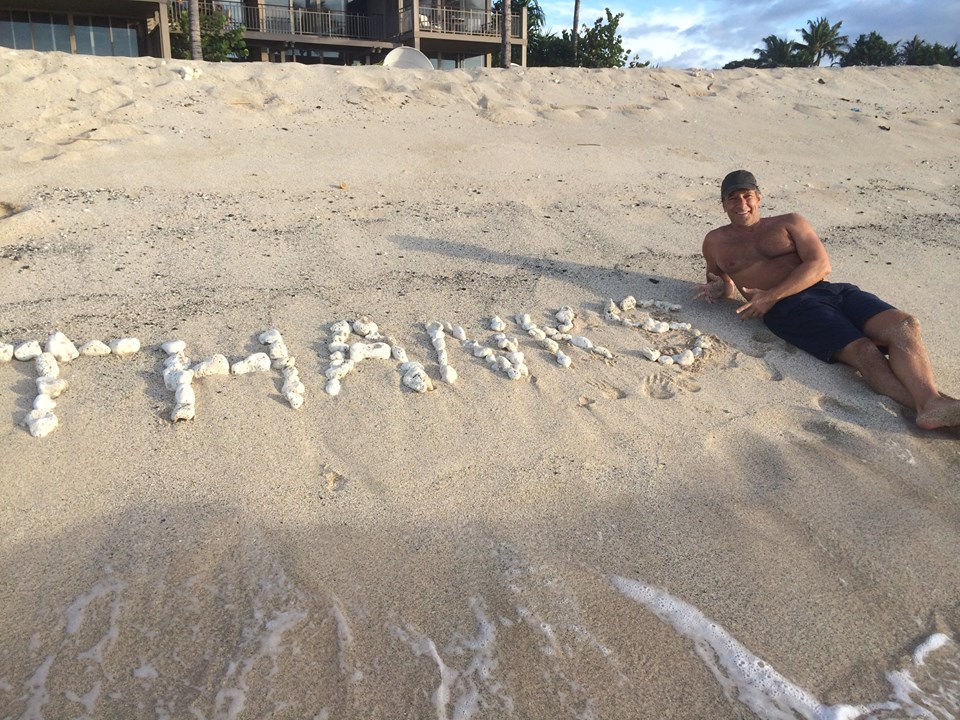 So I’m here in New York City, making some new friends at a Network Upfront. Upfronts are annual events hosted by broadcasters. Their purpose is to formally announce new programs, and give the advertising community an “upfront” look at what’s coming down the pike. If you happen to own a network or buy advertising, upfronts are a pretty big deal. If you don’t, but happen to find yourself in the midst of one anyway, I recommend the bar. All upfronts have a bar. And the bar is always open. Always.

Anyway, I’m here because I have some news. Some breaking news, if you will. After a year of nosing around for gainful employment, I’ve finally found a home for my next television project. The official announcement will occur on the upfront stage in about an hour, but I wanted to tell you guys first, since you’re primarily responsible for interrupting my premature retirement. In fact, some of you might recall the conversation that got me to this point. It started with a question posted over a year ago by a guy called Russell:

—
Q: Russell Hande: How many of us would pay per episode if Mr. Rowe made his own independent show? Something that picked up where Dirty Jobs left off? I would happily pay to see some “real reality” back on TV.

A: Hi Russell. Years ago, I hosted a show in San Francisco called Somebody’s Gotta Do It. That was the most “real” show I ever worked on. We featured regular people on a mission – mad scientists, crazy collectors, bloody-do-gooders…people with passion and purpose who marched to the beat of their own drum. I miss that show, and the honest way we produced it. So yeah – if the people on this page said, “Hey, Mike, here’s ten bucks to cover jet fuel and production costs,” I’d start shooting “Somebody’s Gotta Do It” tomorrow.
—

After that post, thousands of you encouraged me to do that very thing. Hundreds more pledged money to help pay for Somebody’s Gotta Do It. That was humbling and initially, pretty exciting. But when it came down to actually taking your money to produce a show with my name in the title, I couldn’t do it. It felt vaguely icky…like inviting friends to my wedding and then charging them for dinner. However, your enthusiasm for a real, unscripted show was duly noted, and last year, I went out to find Somebody’s Gotta Do It a proper home. Well, that little adventure could have been Episode 1.

Long story short, I spoke with dozens of producers and network executives who develop unscripted content and reality programming. They were all very nice, and made a point to tell me how much they valued the humor and spontaneity of Dirty Jobs. When I explained that Somebody’s Gotta Do It would include those same qualities, they became even more enthused. But eventually, their questions came around to “plot lines,” “recurring characters,” “stakes,” “dramatic tension,” and the “narrative arc” of each episode. Basically, they wanted to know what was going to happen before we started rolling. A few of them even asked for a script. I’m not kidding. A script, for an unscripted show. It got to the point where I could no longer hear the words “reality” or “unscripted” without hearing Mandy Patinkin’s quiet admonishment to Wallace Shawn in The Princess Bride – “You keep using that word…I do not think it means what you think it means…”

When Dirty Jobs debuted ten years ago, “unscripted” meant uncertain. That’s what made it fun, and cheap. There was no real format. We Forrest-Gumped our way around the country and made up a show along the way. Scripted content on the other hand, provides a lot more certainty and a lot more control, but at a much higher price. That’s always been the tradeoff. However, by combining real people in real-world settings with a more scripted approach, some very clever producers created a new format called Docu-soaps, or “scripted-reality.” Networks love this format, and obviously, so do viewers. That is why the Ducks have a Dynasty. And the Amish have a Mafia. And Honey has a Boo Boo.

Don’t get me wrong – I’ve got no beef with docu-soaps. I narrate several good ones, and I’m grateful for the work. But in real life, I’m simply not equipped to appear on camera in the kind of programs currently in vogue. I have no experience hunting for ghosts, digging for gold, or fishing for crab. I’m not a survivalist or a stunt junkie. I don’t like cooking in front of judges, and I’m not qualified to dance with anyone, including The Stars. True – I have spent countless hours both Naked and Afraid, but rarely at the same time, and never for a whole season. Point is, Docu-soaps and competition shows have no need for an Erstwhile Host or a Full Time Apprentice. Today, a truly unscripted show is a very hard sell. Which is why I’m pleased, relieved, and grateful to announce that Somebody’s Gotta Do It is going to premiere on…

I suspect some of you will have questions about all this, and I’ll answer as many as I can later. But for now, here’s the headline – of all the networks I spoke with, no one talked about unscripted content and point-of view programming with more passion than CNN. When I described Somebody’s Gotta Do It, they said, “Mike, we get it. We love it. We want it. And we’ll give you an hour in prime-time to make it happen.”
Who says “no” to that?

In a few minutes, this announcement will hit the wire, but I doubt the official press release will acknowledge your collective role in getting me back to work. But rest assured, I’m aware of your contribution, and I appreciate it. The best ideas on Dirty Jobs came from fans of the show, and I’m hoping to continue that tradition here. In fact, I’m counting on it. (I won’t take your money, but I’ll take your suggestions all day long.) So consider yourselves back on the programming payroll.

Starting now, I’m looking for people on a mission. Regular people who feel compelled to do a particular thing. Dirt is not a pre-requisite, but hard work is still fair-game. So is play. And just about everything else. I’m talking about the guy who built Stonehenge in his backyard, just to prove that I could be done without aliens or modern tools. Or the man I just read about who’s on a quest to change the global reputation of British food. Or the guy who has assumed the identity of Tom Sawyer, and ferries people up and down the Mississippi River on a raft. These are the kind of people I want to meet. And somebody’s gotta help me find them. That would be you.
If you have an idea, drop me a line at info@mikeroweWORKS and put SGDI in the RE: line I appear to have made over 630,000 friends this year. If I can get one decent lead from each one of you, Somebody’s Gotta Do It should remain on the air for the next 254 years. So thanks in advance for that!