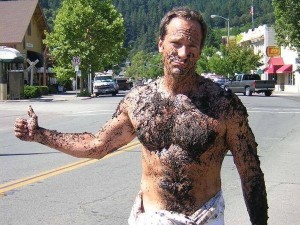 Back in Community College, I had a journalism teacher named Paula Pumphrey. We called her Mrs. P, and she was fantastic. Once, I turned in a feature story that I felt was maybe the best thing I’d ever written. In particular, I thought my first sentence really sang…

“On a misty morning in Southern Maryland, Mitchell Mycroft made a massive miscalculation – a mathematical mistake that be remembered as a marvelous misstep in modern manufacturing.”

Mrs. P circled the entire sentence with a red marker and wrote in the margin, “ALLITERATION ALMOST ALWAYS ANNOYS!!!”

She was right of course, and over that semester, her red pen was quick to chronicle a litany of assaults on her beloved tongue. Ever vigilant, she was the sworn enemy of dangling participles, split infinitives, squinting modifiers, and what she called – in spite of her distaste for alliteration – my “ever-present propensity to pontificate.”

I thought fondly of Mrs. P three years ago on this day. I remember the date – March 14 – because I was wrapped up in a minor drama with People Magazine and my various bosses at Discovery. Long story short, People wanted to do a big article on Dirty Jobs, which was a very good thing. But they also wanted to include pictures of me taking a shower. I was curious about that. Not because I’m bashful about getting naked – God knows. I just thought we should focus more on the people we feature on the show, and asked the people at Discovery if People might be open to another creative direction. (And really, who wants to show up shirtless next to Mario Lopez and Hugh Jackman?) Unfortunately, I was never allowed to speak directly with the person at People. The entire story was scrapped, and I was left to wonder if my concerns had been lost in translation.

Anyway, I had just sat down to explain myself in an open letter addressed to the People at People, when I got the call from a former classmate. Mrs. P had died in her sleep. That news inspired me to break out the Whistle Pig, which I have a wont to do on such occasions, and raise a glass of rye to the passing of my pedantic professor. In fact, I may have raised a couple, as my friend and I recalled her aversion to alliteration, and reminisced on the phone for the better part of an hour.

After we hung up, I returned to my letter and began to write. Perhaps I was petulant, probably proud, or possibly partially pickled. But somehow, my sincere solicitation was morphing into a metaphorical monument to Mrs. P’s primary pet-peeve. My profundity was preternatural, and I was powerless to prevent a preponderance of P’s from piling up on the page. Happily, “prudence” was among them, so I hit “save” instead of “send,” went to bed, and forgot about the whole thing until this morning, when I remembered Mrs. P, and pulled this panegyric from my thick file of Whistle Pig inspired correspondence.

Below is the open letter I wrote to the People at People three years ago today. I still can’t tell if it’s clever or stupid, but if you read it out loud in a British accent, you might be mildly amused. (I was.) Either way, there’s simply not enough red in all of Paula Pumphrey’s pens to properly appraise the problems that plague this purely periphrastic petition. I’m posting it now because frankly, I have nothing else of great interest to share with you today, but feel the urge to commemorate the anniversary of my premature parting with People, and the passing of the perspicacious Mrs. P. And besides, it’s never too late to make amends – especially if you’re a person who needs People…

And by People, I don’t mean All People, or Most People, or Some People. I mean the People at People. Specifically, The Person at People who postponed the profile previously pitched around my public persona. Should this plea find a path to that particular person, I pray they’ll pity my plight, ponder my proposal, and perchance, pardon my public pandering. That would be perfect. But first, some perspective.

Though complimentary, a pictorial of my pectorals presented a PR predicament. You see, Dirty Jobs is predicated on practical participants impartially presented without pretense or pomposity. I preferred to promote the program precisely through that paradigm, preserving in the process its proletarian personality, and my own pedestrian personage. In my opinion, the prospect of primping and preening in a powder room perpetuates the opposite perception, especially among persons predisposed to peruse a publication as eponymous and polyglot as People.

Anyway, I expressed my preference for a less provocative pose to The Discovery People. They passed my predilection on to the People-People, who promptly replied that preserving my pecs for posterity was in fact a priority for that particular profile. But when the Discovery People parlayed the Person at People’s preference, they implied in the process a possible perception of “prudishness” on my part. Preposterous! When it comes to probable probity, I possess no penchant for prudery, and no pretext of propriety. I simply preferred to perpetuate the premise of the program I pledged to promote by posing in a less predictable place.

But it was too late. The People People not only punted on their prior proposition, they pulled the plug on the complete profile. Worse, I was pointedly apprised by The Discovery People that the People People were probably perturbed because, “Mike and his people were too pertinacious. That was perplexing, partly because I have no people, per se, and no prior correspondence or personal proximity to any of the People at People!

Regardless, leaving a preeminent periodical with a poor impression is patently pea-brained. So I prodded the Discovery People to put me in personal touch with the People-People, so I could propitiate or perhaps pacify the person on point. However, The Discovery People preferred to protect the privacy of the People-People, preventing me from proffering a personal apology, and prompting me to post this public appeal, which propels me to proclaim my primary point –

I’m ready to get naked for you.

Consider this a belated olive branch, (or a fig leaf, if you prefer.) I am a Person who needs People. More to the point, Dirty Jobs is a show that deserves a bigger audience, and if we had been allowed to speak directly I’m sure we could have found a way to satisfy your editorial requirements and my need for non-negative notoriety.

In other words, if you’ll pardon my prior proclivities, and reappraise the potential for a personal profile, I promise to respond promptly and present myself in whatever place you prefer, in whatever wardrobe you want. All I ask is that you mention the foundation that’s grown out of Dirty Jobs. It’s called mikeroweWORKS, and we award “work ethic scholarships” to kids who are willing to learn a trade and work their butts off. How sexy is that?

Anyway, I’m standing by, and happy to meet in the shower stall or bathhouse of your choosing, camera-ready. (Though in the interest of full disclosure, the holidays were indulgent. If you want the Full Monty, your photographer will need a wide angle lens.)

10 thoughts on “PEOPLE MAGAZINE AND THE PASSING OF MRS. P”