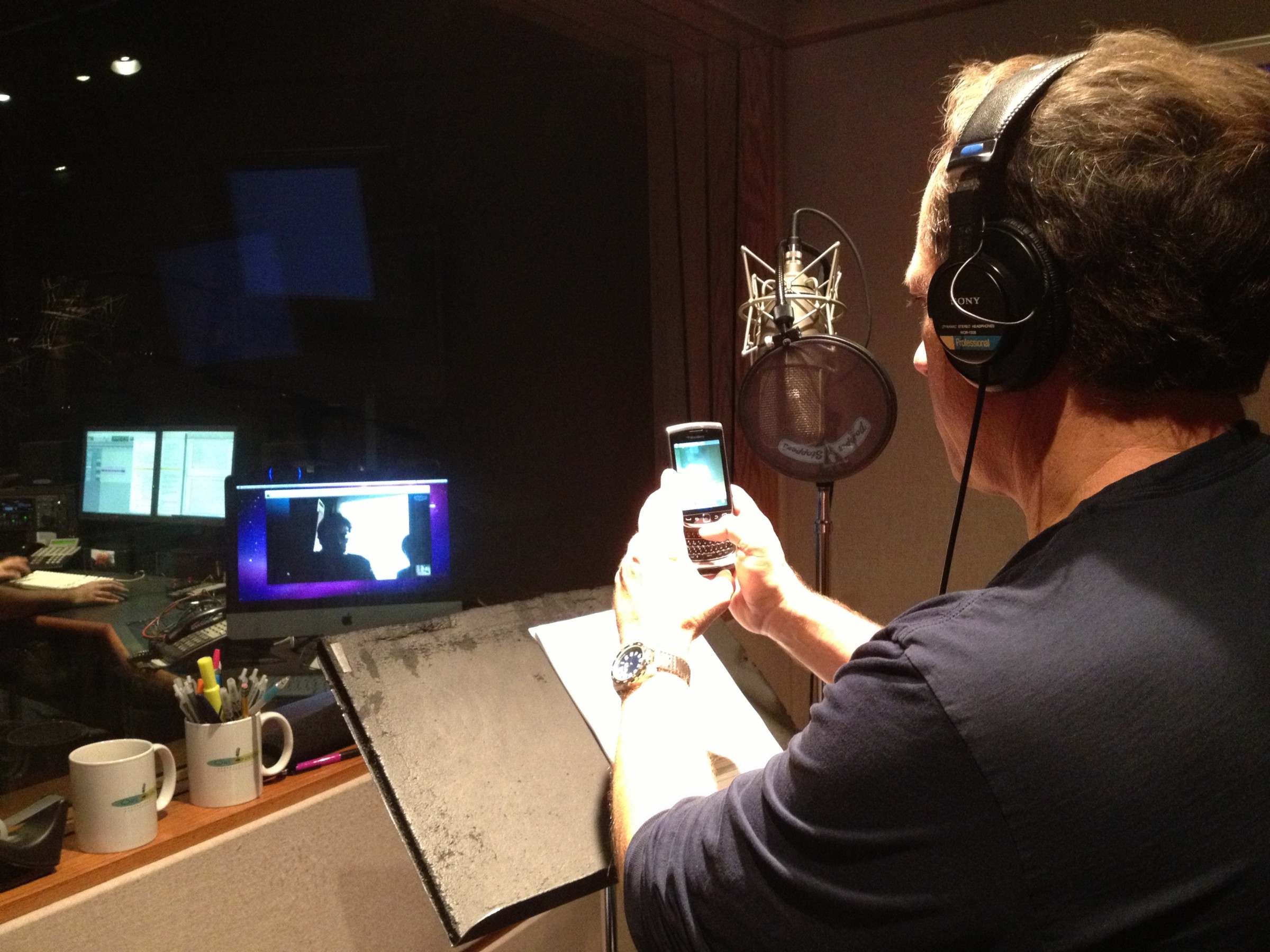 While not a total Luddite, I confess to living several years behind the technology curve. Consequently, I am both impressed and horrified by daily discoveries that many of my contemporaries might take for granted.

Here for instance, you can see me in a narration session several hours ago in San Francisco, positioned in a very traditional fashion behind an overpriced microphone. On the music stand in front of me is a script for a new show called Silver Rush, which I’m happy to report is better-than-average. Within easy reach are two coffee mugs — one jammed with a completely unnecessary number of writing implements, the other containing a small snort of Irish Whiskey. (It’s good for the vocal chords.)

You might also notice two shadowy figures on a computer screen who appear to have emerged from an alien mothership. In fact, they are not creatures from another world, but relatively normal human beings who opted to direct today’s proceedings from Washington, D.C., by way of … Skype.

I know, I know … Skype is a wonderful invention that brings friends and loved ones closer for a very reasonable price, blah, blah, blah. But one of the things I love about narrating is the unusual privacy that comes with the work. Normally, I can sit for a few hours in a climate-controlled booth and read a nice story under the cloak of invisibility — sipping my beverage, picking my nose, and scratching what itches with impunity. Those days, however, appear to be over. Thanks to the wonders of Skype, I can now be physically observed by my various bosses 3,000 miles to the east. Awesome!

Thanks to Skype, it is I that am now exposed, as they hold forth from an undisclosed location, back-lit, enigmatic, supercilious in supervisory omniscience.I don’t like it. So I thought it best to preserve the moment for posterity. And so we have this — a photo me on a screen, looking at them on a screen, while they look at me on yet another screen, and you look at them looking at me on yet another different screen.

Which leads me to ask … Can you guys see me right now?