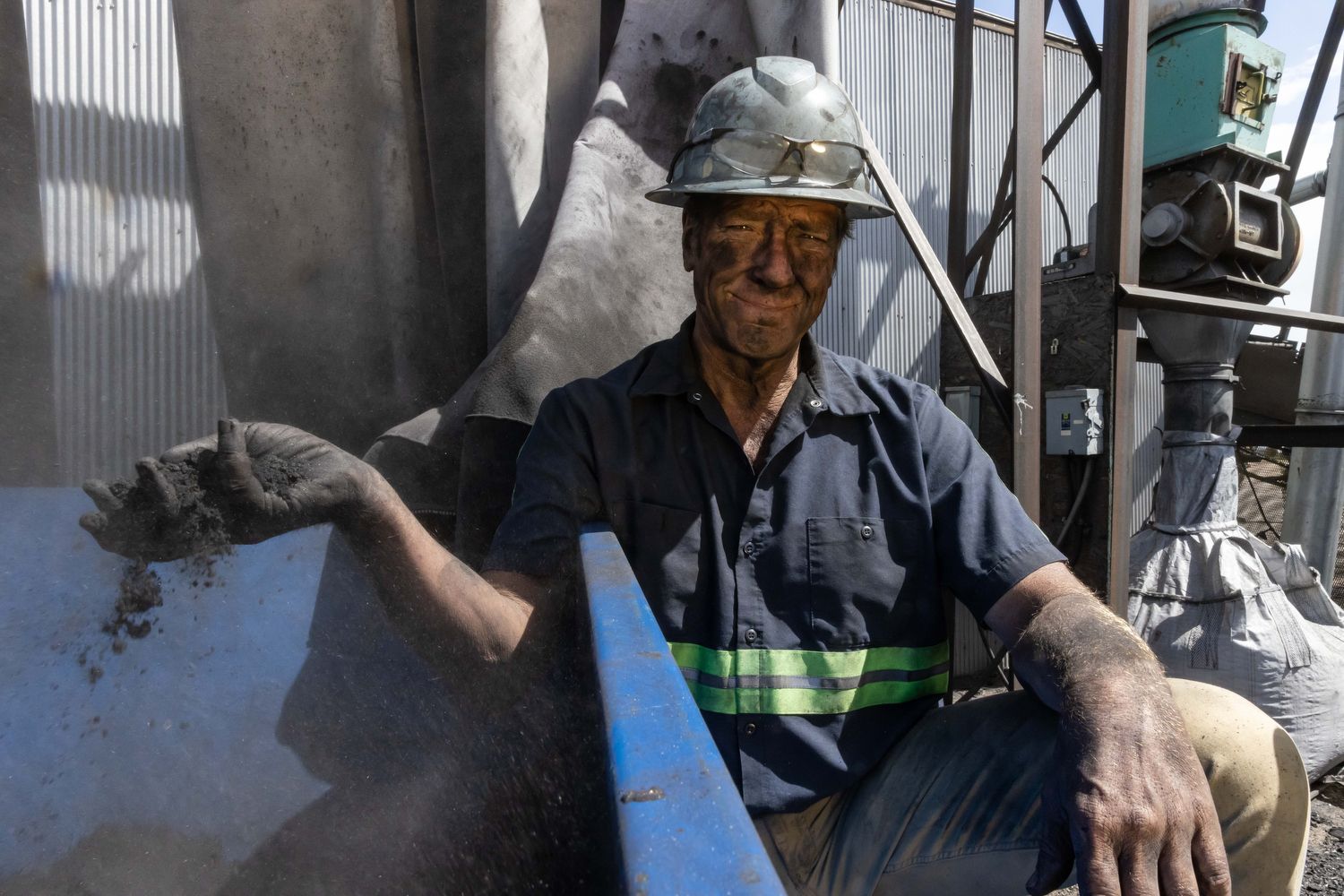 In anticipation of the question I know I’m going to get after tonight’s episode, the answer is…yes – this is in fact the dirtiest episode of Dirty Jobs ever filmed.

Not the grossest, or the slimiest, or the most disgusting, or the most dangerous – but definitely the dirtiest. Longtime fans of the show will recall various adventures in coal mines, mud pits, and various dirt sterilization operations, and wonder if perhaps I’m overstating things. I’m not. These two segments combined, take the cake. 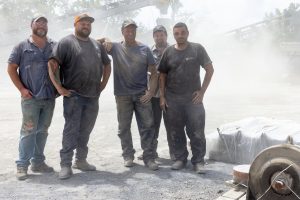 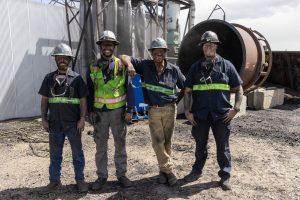 would be spewed into the air during the asphalt making process, but for the aforementioned bags in the aforementioned house, which I was honored to replace on this particular Sunday morning with Cecil, Red, and Andrew. It was like going to church, only dirtier. A lot dirtier.

Then it’s over to Colorado to save the planet with the mad scientists at BioChar Now. BioChar is what you get when you turn wood into pure carbon. It’s an incredible fertilizer, with all kinds of additional applications and positive implications for the planet. There’s a lot of science in this segment, and a lot of revolutionary breakthroughs. Big thanks to Ben, Layne, Caleb, and Dylan for helping prove once again, that cleaning up the environment is a dirty job.

Tonight at 8, on Discovery. 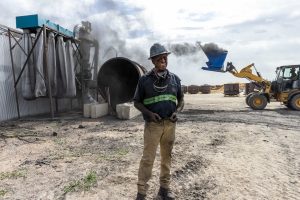 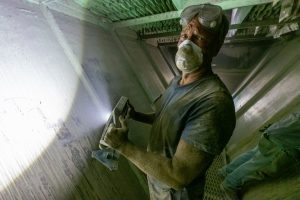 PS. For those of you wondering if The Baghouse at Blythe is dirtier than the hopper at BioChar…
I really couldn’t say.
Mike’s Facebook Page