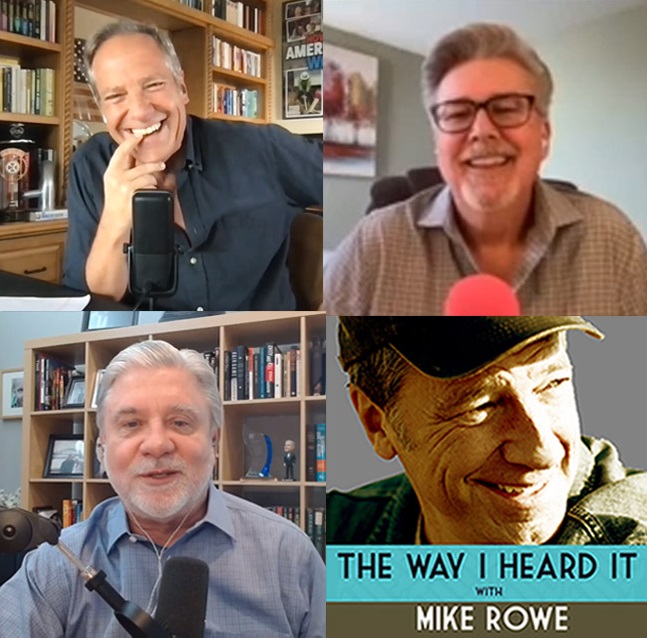 Like a lot of other people, Mike Rinder signed a “billion year contract” when he joined the ranks of Sea Org, the inner circle of Scientologists who pledge their fealty to a dead science fiction writer named L. Ron Hubbard. Unlike any of those people, however, Mike Rinder rose to the top of the organization, became Scientology’s international spokesman, broke his contract, escaped the cult, and wrote a book that I encourage you all to read. “A Billion Years” is his memoir. It’s chilling, enlightening, redemptive and hopeful. No matter how stuck you might feel – in a bad relationship, a bad job, a bad cult…in the words of Robert Plant, “there’s still time to change the road you’re on.” Mike Rinder is living proof.

Here, at long last, Mike and I finally meet and chat candidly about his extraordinarily life spent inside the “church” of Scientology.

PS Many of you know this is a topic that I’ve come back to more than once. It’s not just Scientology that I object to – it’s any cult that uses manipulation and bullying as keystones of recruitment and persuasion. Scientology I find especially galling, because the government has granted them tax-free status, and that status allows my taxes – and yours – to subsidize a level of harassment and abuse that’s completely outside the bounds of what a church is supposed to do. Last year, I did an interview with another former Scientologist named Spanky Taylor, who I’ve known for years, and who escaped from her own prison of belief. It stirred up a lot of conversation and from what I’ve gathered, helped a lot of people. I hope this does the same.