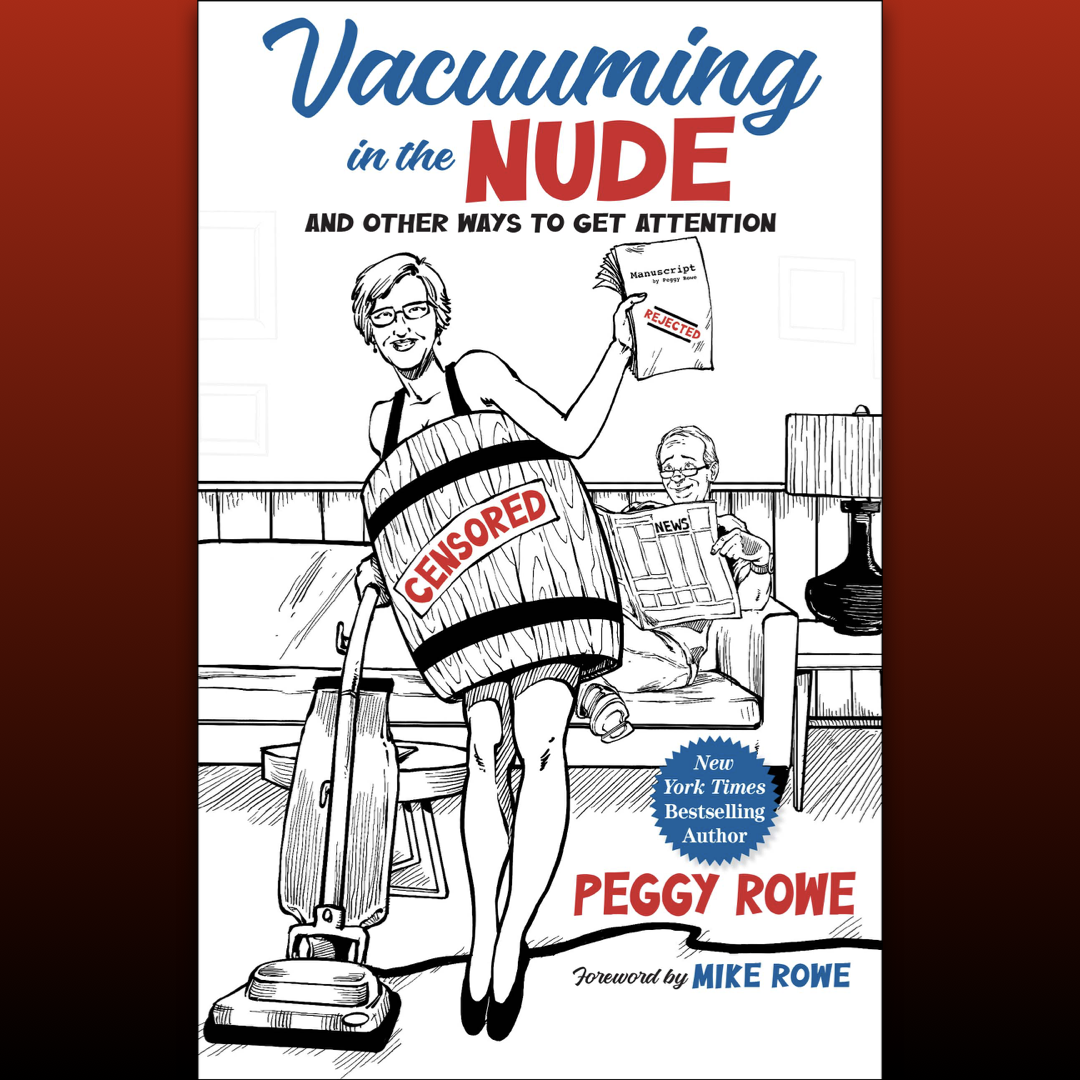 During the next few weeks, I’ll be annoying many of the people on this page with a slew of relentless reminders regarding the arrival of Peggy Rowe’s third book. This one is called Vacuuming in the Nude, (And Other Ways to Get Attention), and it is without question her best effort to date.

My job, aside from writing another foreword, is to ensure that my 84-year-old mother winds up with another best-seller. Seems the least I can do for the woman who brought me into the world. In pursuit of that noble goal, I’m writing to let you know about a virtual Live Signing event at 4pm ET on August 16th, to which you are all officially invited. Details are here. https://premierecollectibles.com/vacuuming

This is the best way to get an autographed copy of Vacuuming in the Nude, and post a question directly to Mom, or me, or both. We’ve done these in the past, and they’re always a lot of fun, in a 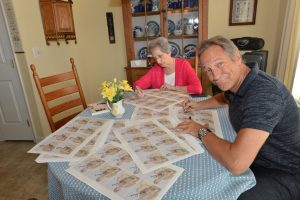 weird and awkward kind of way. There’s also a 10% discount for the first 500 people who use promo code “Peggy10” when they order. Interestingly, my mother has refused to share this simple inducement with her own followers because she thinks it’s too much of a “hard sell.”

“Why must I bash them over the head, Michael? I don’t like to pressure my fans with discounts and promo codes and all that other hoop-de-doodle.”

Clearly, I’m not bound by the same concerns. In fact, I’ll not only encourage all of you on to buy my mother’s new book – (it really is that good) – I’ll also remind you that Mom’s got the arthritis pretty bad. At 84, the poor woman can barely make a fist or hold a pen or give people the finger.

“Not that I’m in the habit of flipping people off,” she says, “but when I do, it looks like I’m telling them to look to the left.” 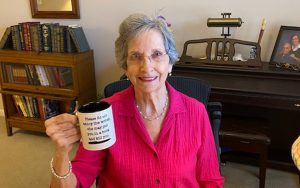 Point being, signing 5,000 books was very painful for my mother. Consequently, some of those books now have the stains of actual teardrops next to her signature. Obviously, I can’t guarantee that your autographed copy will include my mother’s tears, but if it does, you’ll find yourself in possession of a rare and priceless collectible to pass down for generations to come. So, here’s that link to get your autographed copy, one more time. https://premierecollectibles.com/vacuuming You’re welcome!

In other news, Mom and I will appear on all the usual media outlets, mostly on the 16th and 17th of August. The Today Show, Inside Edition, a satellite media tour, my own podcast, Fox and Friends, and believe it or not, Hannity.

“Why does Sean Hannity want to talk to me? I hate politics. And there’s nothing political about Vacuuming in the Nude.” 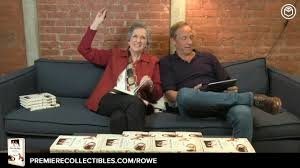 They’re a few other things in the works, including a live, in person signing at the Barnes and Noble on Fifth Avenue, and most surprisingly, an hour-long prime time special later this month called “America’s Grandmother,” starring guess who? Details to follow.