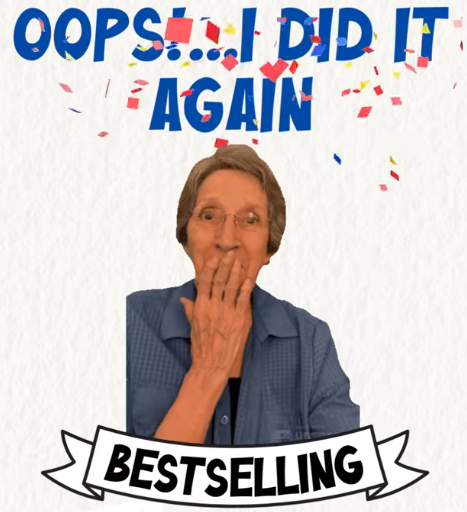 This is not another post inviting you to purchase my mother’s new book, Vacuuming in the Nude; And Other Ways to Get Attention. Apparently, you’ve already done so. While she’s still #11 on the New York Times list, she’s #5 on Amazon, #3 at The Wall Street Journal, and #1 at Publishers Weekly https://bit.ly/3PW7nph, (clearly, the only accurate list out there.) She’s also the subject of several excellent articles you might enjoy perusing. Here’s one, from a psychologist who writes for Forbes. https://bit.ly/3RjO2iV It was only a matter of time, I suppose, before a shrink began asking questions…

Thanks for your support and patience, as “America’s Grandmother” climbs the charts, and proves anything is possible, even at 84 years of age. I hope you’re enjoying her ascension half as much as I am.

P.S. According to the New York Times, America’s Grandmother was the highest rated show on TV last week. Crazy, right?