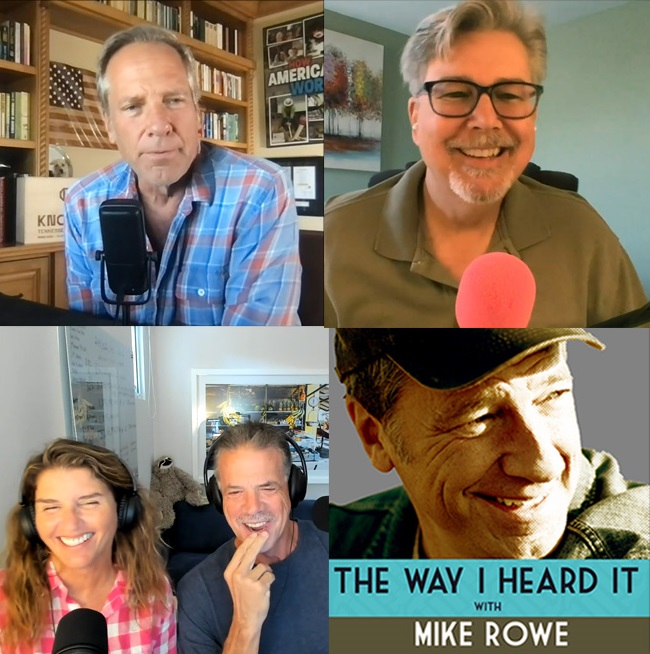 Mike and Sue McClosky are a couple of dairy farmers I know, working in the great state of Indiana, delivering actual milk to Americans all over the country. (Not almond milk, or oat milk, or any other type of fashionable fluid that comes from anything without nipples or udders.) I met Mike and Sue on Dirty Jobs years ago, and we’ve remained friends ever since they refused to let my crew and me check into a hotel, insisting instead that we stay with them for several days. I’ve never forgotten their hospitality.

Today, Fair Oaks Farms is one of the largest dairies in the world, and the company they started – Fair Life – is one of the most successful operations I’ve ever seen. But a couple years ago, an animal rights organization infiltrated one of their dairies, and filmed a few of their employees mishandling their animals. The footage was difficult to watch, and the resulting uproar could have easily ended their business. But it didn’t. Why? Because Mike and Sue got ahead of the problem.

Within 24 hours of the first news report, Mike released a video of his own, filmed in his kitchen. No teleprompter, no notes, no PR agency approving or disapproving whatever he elected to say. In the video, Mike spoke directly to his customers. He not only apologized for what happened, he accepted full responsibility for the actions of his employees and fired them immediately. He didn’t blame the animal rights group for sneaking onto his property and filming without permission. He didn’t make a single excuse. Then, and perhaps most importantly, he pledged to enact a series of steps that would ensure nothing like that could ever happen again on his farm, or to his animals. And so, he has, with a level of transparency you don’t often see in situations like this.

Mike and Sue not only weathered that storm, (which we discuss at some length,) they went on to lead their industry in a number of advancements that are helping revolutionize modern agriculture. From artificial intelligence to artificial insemination, we discuss all kinds of scientific breakthroughs that have had a positive impact on the environment, the animals, the climate, the soil, and the critical link between energy and agriculture. (All 42 trucks in their fleet are now powered by 100% compressed natural gas, derived entirely from the crap generated by their own cows. Stool to fuel, in other words. It’s pretty incredible.)

It’s important to hear, especially for anyone who cares about the environment and the humane treatment of animals, while sharing my addiction to chewing and swallowing. Below is a short video clip from our conversation.