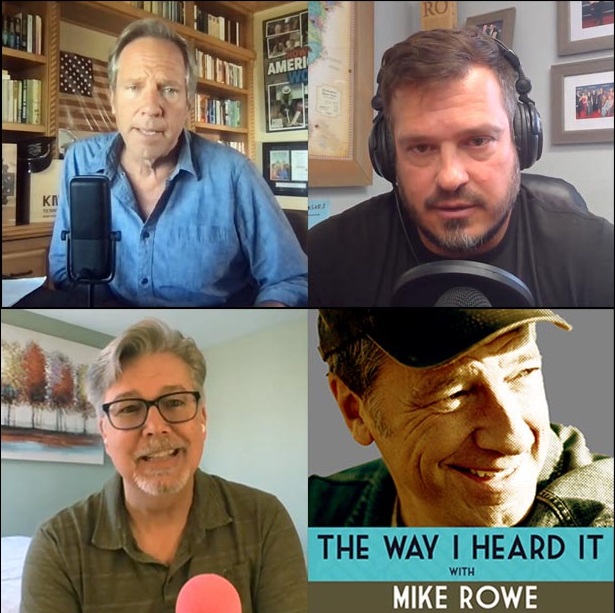 Mike. This one feels different. The depravity, the horror, the undeniable evil – we’ve seen it all before, from Columbine to Newtown. But today, I can’t help but feel our country is suffering from some kind of irreversible rot. That evil is winning. That our species is doomed. I don’t expect you say anything to make me feel better, though you have in the past. I wonder if you can now? Sharon Peele

Maybe, but I doubt it. In the wake of terrible events, I think it’s right and human to feel terrible. And so, like you, I do. I think of those kids in that classroom, trapped with that murderous animal, and I feel a combination of rage and helplessness that makes me nauseous. I think of their parents, stricken with a kind of grief I hope to never know, and I can hardly swallow. Like a lot of people, I offer those families my thoughts and prayers, knowing full-well that my thoughts and prayers are not enough to prevent the next calamity. But in wake of this latest atrocity, I have nothing else to offer. Except maybe, a conversation I just had with my old friend Luke Michelson.

Luke was one of our first honorees on Returning the Favor. He’s a guy who woke up one day and started building wooden beds and giving them to kids who had never slept in a bed before. I wanted to talk to Luke for two reasons. First of all, I wanted to call some attention to the incredible success of his foundation, Sleep in Heavenly Peace. When I met Luke back in 2017, SHP consisted of 9 chapters and nearly a hundred volunteers. Today, he oversees 309 chapters and thousands of volunteers, and has delivered hundreds of thousands of free beds to kids who would otherwise be sleeping on the floor. Pretty incredible. But I also wanted to talk to Luke because a lot of people these days feel like you do, Sharon. Like civilized life has gone off the rails. Like we’re all at each other’s throats. Like evil is triumphing over good.

Again, I’m not going say those feelings aren’t justified. Man’s inhumanity to man is a matter of public record, and some days – like yesterday – are worse than others. But I can also tell you this. Every day since Returning the Favor went out of production, someone asks me a question about starting a foundation. Literally, every single day, an aspiring do-gooder asks me for advice on how to make a difference in their community, and in doing so, reminds me that the world is not populated entirely by pimps and thieves and war mongers and human traffickers and mass murderers and all the other miscreants who seem to outnumber the good guys.

In the coming days and weeks, there will be lots of conversation about the policies and procedures that might prevent the next atrocity. Along the way, they’ll be much finger-pointing and blame, all of which will likely confirm your fear that this time is different – that some kind of new evil is at hand. Personally, I don’t think so. I think it’s the same old evil that’s been with us from the jump. Is there more of it? Are we rotting from the inside out? Have we become untethered from the fundamentals of who we are as a people?

Maybe. I’m not sure. But in moments of uncertainty, when thinking and praying just aren’t enough, take a lesson from The Gospel of Do-Goodery, According to Luke. Do something to make your community a better place. Do it today. Build a bed or help deliver one. Deliver a hot meal to a shut in. Volunteer for something outside yourself. Anything. Don’t just do it for those in need. Do it for yourself. Because you’re in need too, Sharon. Volunteering won’t change the past or vanquish the monsters who walk among us. But it will make you feel better about the one life you have. I guarantee it.

A short clip with Luke and me (and Chuck) is below.

Our whole conversation is here. https://bit.ly/TWIHI252