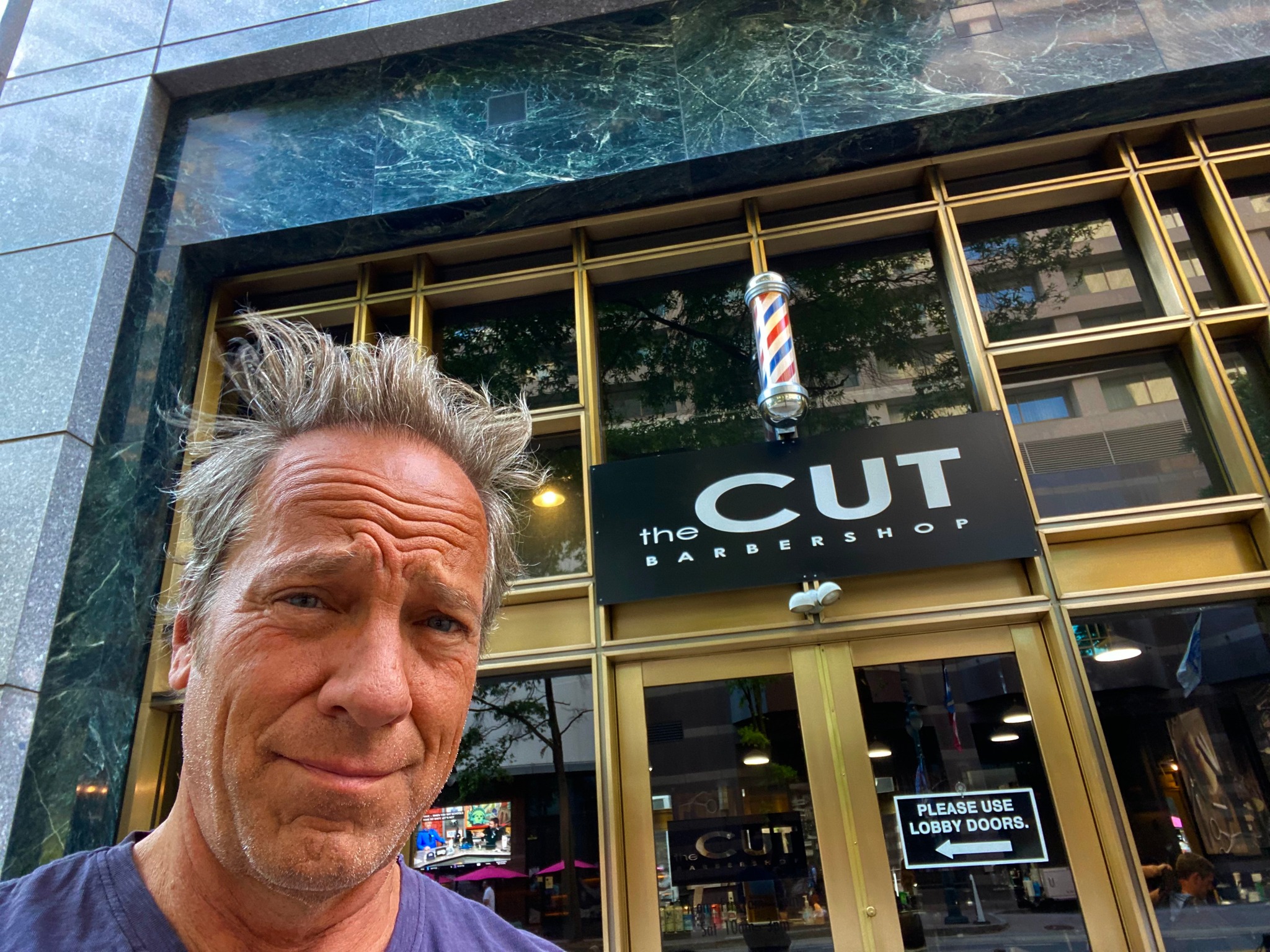 So, I’m walking down the street in uptown Charlotte when I notice my reflection in a window and conclude that I need a haircut. Coincidentally, the window is attached to a barbershop, where a sign says a man can get his hair cut for $35.

Even though I’m here to film Dirty Jobs – a show that allows me to appear as disheveled as I usually am – there are other obligations on my calendar this week that require a more respectable coif. So, I walk inside, where a millennial named Allyssa invites me to take a seat.

“Would you prefer I use scissors or a trimmer,” she said.

“Doesn’t matter to me. What are you more comfortable with?”

Allyssa shrugged. “I’m not sure. This is my first day and you’re only my second customer ever. I guess maybe I’d like to try the scissors…if you’re up for it.”

In the mirror, I consider her expression, and conclude she’s a smart aleck.

Allyssa commenced to scissoring and asked me about my dirtiest job. I told her. She said her dad watched every episode. I complimented her on her father’s taste in TV shows. Then I asked her about her job, and if she liked it.

“Three,” she said. “I have this one, but I also work in a salon up in Mooresville called Elements. And I work as a hostess, sort of, at an Italian restaurant in Huntersville called Antico.”

“Well, technically I’m the hostess, but really, I do whatever needs doing. Mostly, I deal with customers who, you know, need to be dealt with.”

“Interesting,” I said. “Do you use the scissors on them, too?”

“I am often tempted,” she said.

We chatted for the next fifteen minutes about work ethic. I told her about my scholarship program, and my intention to expand it next year to include cosmetology. She heartily endorsed that decision. I asked her why so many able-bodied people her age aren’t working, when so many businesses are hiring.

When she finished, there was a pile of salt and pepperish hair at my feet. 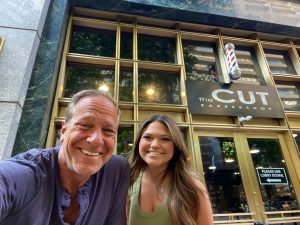 I thought about asking if she could put some back, but she was still armed with the scissors, so I said, “It’s exactly what I needed.”

Because it was. It was a great cut at a fair price in a barbershop that serves cold beer, made even better by a sparkling conversation on a hot day with a 26-year-old woman who works three jobs.

Which is a long way of saying, if you find yourself in uptown Charlotte, and looking shaggy, go to the CUT Barbershop. If you’re in Mooresville, go to Elements. And if you’re in Huntersville and feeling peckish, try the Italian grub at Antico. In all cases, ask for Allyssa, and tell her I said hello. She’s the one with the scissors.