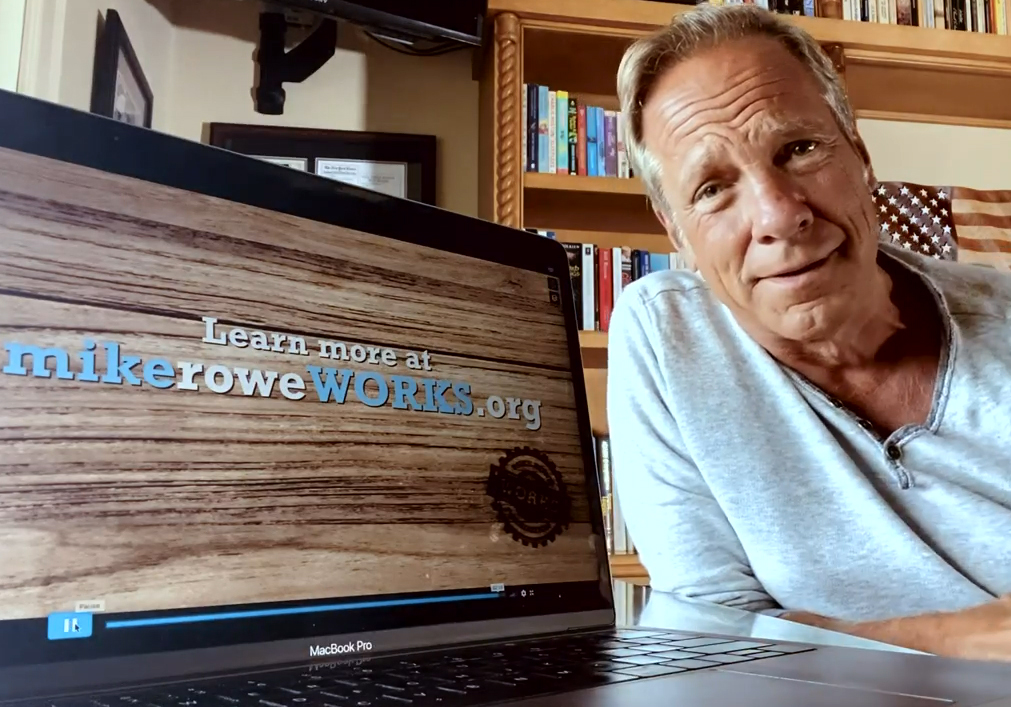 Hi Mike – I admire your foundation, and I appreciate your commitment to helping those who don’t desire a college degree. But why limit your efforts? Why not help those students who wish to pursue a university education as well? Don’t those students also deserve the kind of encouragement and assistance you provide? Wouldn’t it be better for the country to help as many people as possible get the education that’s best for them? Mark Woods

For starters, we’re a modest foundation, and our resources are limited. Obviously, we can’t help everybody, and my job, as the CEO of mikeroweWORKS, is to focus on helping people whose goals are in line with those of my foundation. Thus, I discriminate in favor of people who can demonstrate a positive work ethic, along with a desire to master a skill that’s in demand. Specifically, a skill that doesn’t require a four-year degree.

I don’t do this because I’m opposed to liberal arts degrees or any kind of advanced study. I do it because there’s a clear and present shortage of skilled tradespeople in this country, along with $1.7 trillion dollars of student debt currently on the books. This is due to the countless myths and misperceptions that discourage people from exploring a career in the trades, along with the deeply flawed belief that college is the best path for the most people. I’m convinced that many people who borrow vast sums of money to pursue a four-year degree would be a lot better off pursuing a skill that doesn’t require that level of debt or study. I’m likewise convinced that our country would be better off if our workforce weren’t so badly out of balance.

Yesterday morning in Denver, I addressed 1,500 people who work in the flooring industry. The audience consisted of small business owners all over the country. Right now, these people are struggling. For one thing, the government deemed them “non-essential” last year and forbade them from making a living. Of note – their largest competitors, Home Depot and Lowes – were allowed to remain open. Now, thousands of these mom and pop shops are finally open for business, but hiring is tougher than ever. Why? In part, because the government is paying millions of people to sit at home. According to the people who invited me to speak, tens of thousands of positions are currently open in the flooring industry, many of which are in apprenticeship programs that start new workers at $25 an hour. “There’s no place in the country we aren’t hiring,” they told me. “In the next five years, we’ll need to hire no less than 180,000 installers nationwide. In the current climate, that is simply not possible.”

It’s a triple-whammy. The flooring industry must attract, hire and train thousands of workers in a country where stigmas and stereotypes still abound, where people are still told that college is the best path for everyone, and where our government is literally paying people not to work, while asking taxpayers to foot the bill for college graduates who can’t pay off their loans. And this is just one industry. There are many others, confronting the same problem. For these reasons, Mark, I’m not inclined to encourage more people to get a college education. Parents, guidance counselors, and society at large has done a fine job of that. I’m focused on reminding people there’s another path to prosperity.

Here’s a very short video that will introduce you to just a few of the 1.400 people we’ve assisted so far. Check it out. If you like it, pass it on. If you don’t, share it anyway!