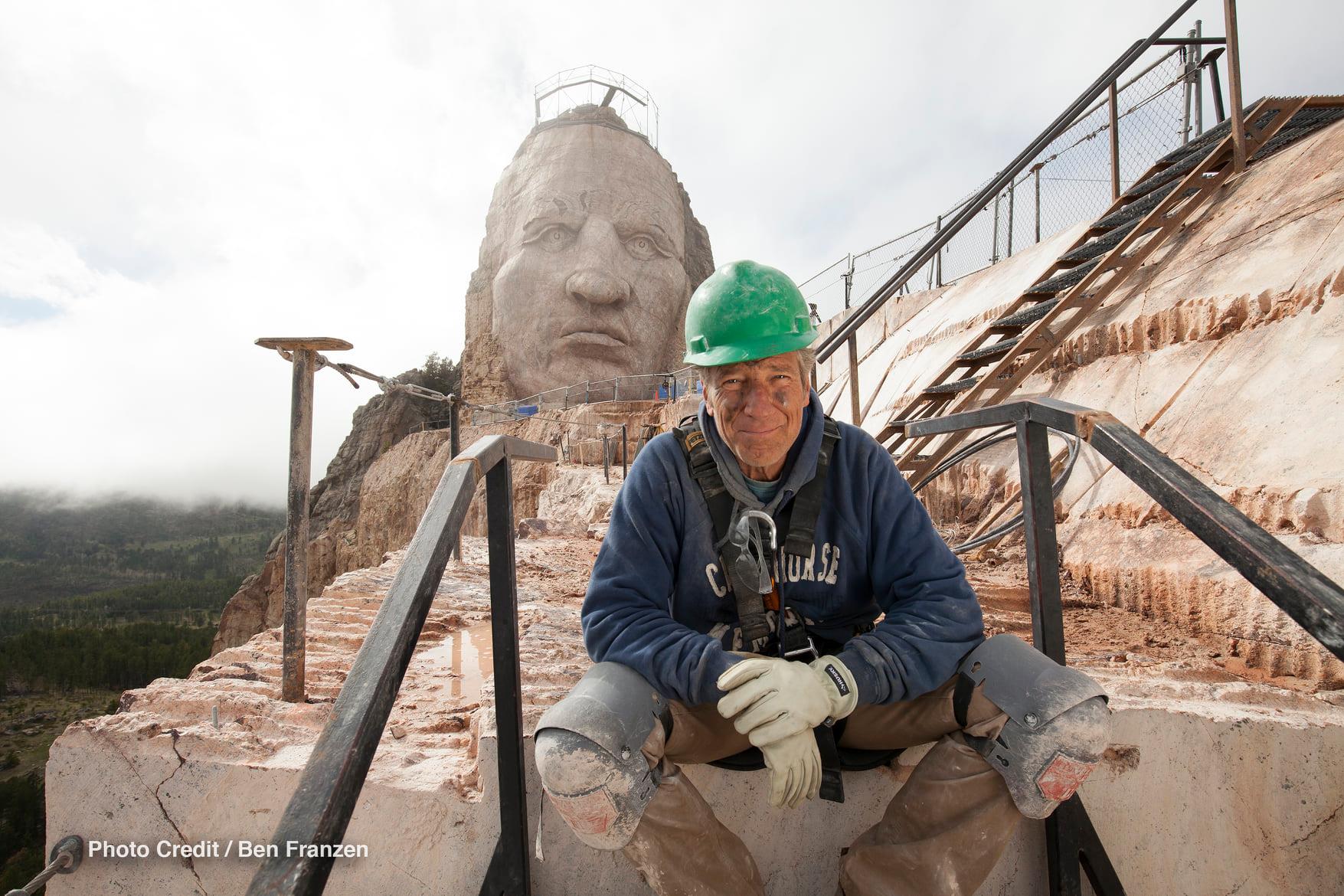 Sheri Decker Myers writes…Mike, you have not posted in 10 days! What’s up?

Couple things. As you may have heard, I got my nose turned inside out, my septum stitched back where it belongs, and my turbinates shaved down to an appropriate size. Until last month, I didn’t even know what a turbinate was. Now, I think about them all the time, and celebrate their sudden reduction in size every day. In fact, all this extra oxygen now flying through my nose has made it possible to address several projects simultaneously. So, since you asked, here’s what’s up.

I just finished shooting the latest season of Dirty Jobs. Modesty aside, the stories look great. From tugboat building to rock sucking, (yeah, it’s a job,) we’ve got twelve new adventures to share, and they’re all looking really solid. Our final shoot – the Crazy Horse Memorial in Custer, SD, was epic, and now, I’m focused on assembling the shows and writing the actual episodes. Should be on the air in the fall. I think you’re gonna love ‘em.

I’m also preparing a bunch of the podcast stories for television. These are short, ten-minute mysteries pulled form The Way I Heard It library, retold by yours truly from a stage in an old theater, and brought to life with some very ambitious recreations. Right now, I’m in LA with the producers, reviewing the recreations, and filming my portion of the show. They too, look really great, and I’m excited to share them later this summer.

In similar news, Six Degrees was very well received on Discovery, and the network has indicated a desire to do more. It’s a complicated but fun project, and one that I believe is worth continuing. During the lockdowns, I heard from hundreds of parents who used the show as a kind of study guide, to help show their kids that history doesn’t have to be all about days and dates and dead people with unpronounceable names. That was gratifying to hear, and I’m hopeful we can fire up the machine and crank out another batch this fall.

Most importantly, I’ve been busy implementing a new curriculum based on the mikeroweWORKS SWEAT Pledge. As you may have noticed, a lot of parents are upset today by what’s being taught 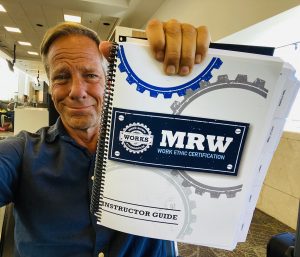 in public schools, particularly with regard to race and history. Likewise, there’s a growing worry that many companies and corporations – in their admirable efforts to become more inclusive and diverse – have overreached. Last year, for instance, Lockheed Martin, the nation’s largest defense contractor, sent a group of white male executives to a three-day diversity-training program aimed at deconstructing their “white male culture.” That culture, according to the people running the program, https://bit.ly/3jiAG8K, consists of traits such as “rugged individualism,” “a can-do attitude,” “hard work,” “operating from principles,” and “striving towards success.” These same traits were described as “devastating” to women and minorities. Unfortunately, Lockheed Martin is not alone. Dozens of other large corporations are waging a very strange war on a long list of virtues and attributes that have nothing to do with race, and everything to do with character.

As many of you know, my scholarship program is based on the belief that hard work, combined with the mastery of a skill that’s in demand will lead an ambitious individual to a prosperous and well-balanced life. I believe this to be true regardless of the individual’s color, gender, sexual orientation, or ethnicity. The mikeroweWORKS Work Ethic Certification Program is an attempt to amplify that belief, and make a case for the continued importance of work ethic, personal responsibility, delayed gratification, and a positive attitude. In short, it’s the SWEAT Pledge brought to life, and yeah, it’s bound to raise a few eyebrows. Hopefully, in a school near you! Stay tuned.

Finally, in related news, we’re busy evaluating the applicants for this year’s work ethic scholarship. It takes a lot of time to do this fairly and properly, and has most of my staff is completely consumed in doing so. We have hundreds of resumes to consider, and one million dollars to award. I should have a list of recipients to share next month.

Other than that, Sheri, there’s really not much to report.

Just slumming my way through another June…