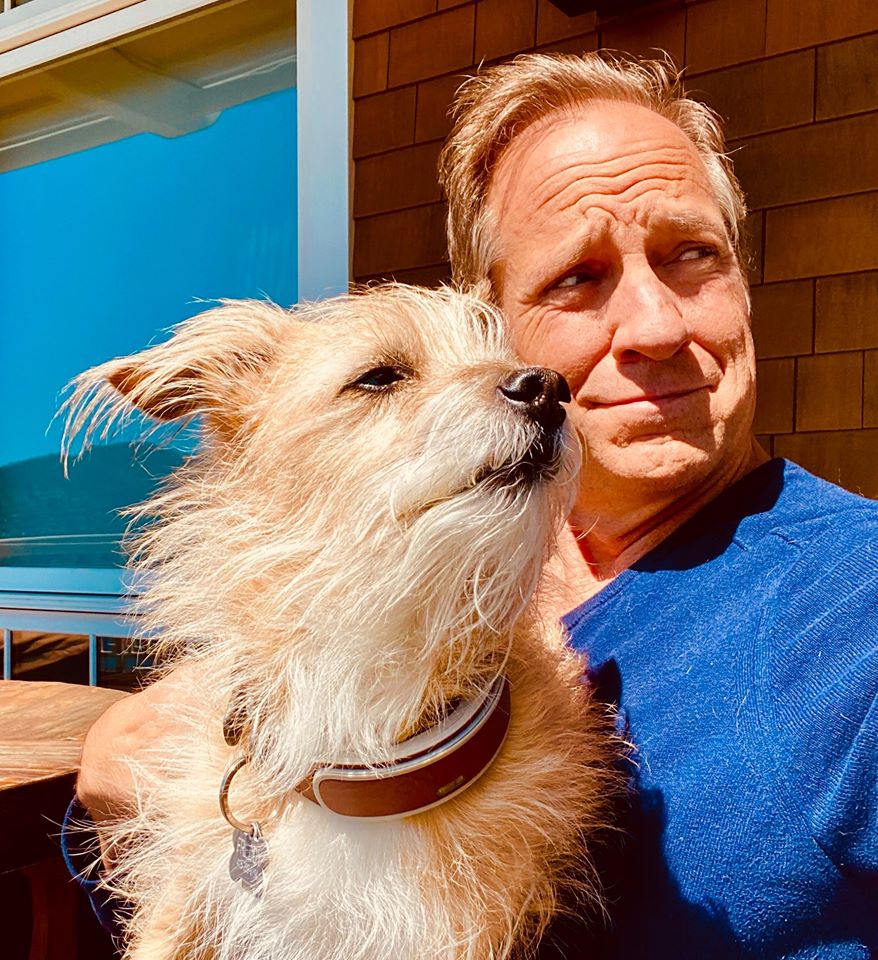 It’s Friday, and we haven’t heard from you since the Chinese virus turned the world upside down. Are you OK? Are you observing Good Friday? Jackie Pabst

Well Jackie, it’s been a little weird, to be honest. The Biped, whose protracted absence I’ve historically bemoaned, is now here all of the time, and determined it seems, to walk me until my legs fall off. Just yesterday, according to his new iPhone with a supplemental battery charger that allows him talk for two days straight, we walked a total of fourteen miles, as he “conducted business.”

Other than that, I’m enjoying the Biped’s ubiquity, who seems busier than ever. This afternoon, I’ll likely lay at his feet and listen as he once again “Zooms” onto various news programs, to discuss important matters for which he has no actual experience or expertise. Then, I suspect we’ll stroll to Nevada and back, before watching the final episode of Tiger King, which is, in my own humble opinion, one more reason to regard cat owners with the deepest suspicion.

As to your question, Jackie, I’m not entirely up to speed on the historical goodness of this particular Friday. As I understand it, a carpenter was crucified many years ago, and then rose from the dead so that I might have everlasting life. If this is indeed the case, I’m much obliged. Waking up these days is difficult enough – I can’t imagine the struggle of actually coming back to life. Much less the discomfort of being nailed to a tree. I do know that carpenters in general are very important to the Biped, as are welders and plumbers and electricians and many other “essential” types, but I’m unclear about his relationship with this particular tradesman. The Biped has always played those cards close to his vest.

Personally, I find this Friday to be especially good, thanks to some welcome news out of China, where I’m told that dogs have finally been upgraded from “livestock” to “companion animals.” https://bit.ly/3edrxth

Furthermore, I’m positively delighted to learn that the city of Shenzhen has become the first city in China where it’s now officially illegal to eat me! https://cnn.it/3c7FkPZ This I just learned from the Shih Tsu down the block, who told me that Chinese bipeds consume over 14 million dogs and cats every year! https://bbc.in/3caUHqO Can you imagine?

Incidentally, I understand from the Biped it’s no longer permissible to refer to a virus that started in China as a “Chinese Virus,” because telling the truth about certain things is now considered to be hurtful. He also tells me it’s insensitive to remind people that if I lived in China, I could very likely wind up as somebody’s dinner. Pointing this out, he says, might lead people to conclude that every single dog and cat in China is being raised for food, when in fact, only millions are. So, I want to be especially careful not to accidentally hurt anyone’s feelings, when I sincerely thank the communists for officially taking me off the menu in one of China’s many cities. And even though it’s still perfectly legal to eat me in most parts of the country, it’s nice to know I’d be served up as a “companion,” instead of ‘livestock.”

Not exactly a great leap forward, but a step in the right direction, and further reason to make this Friday a good one.