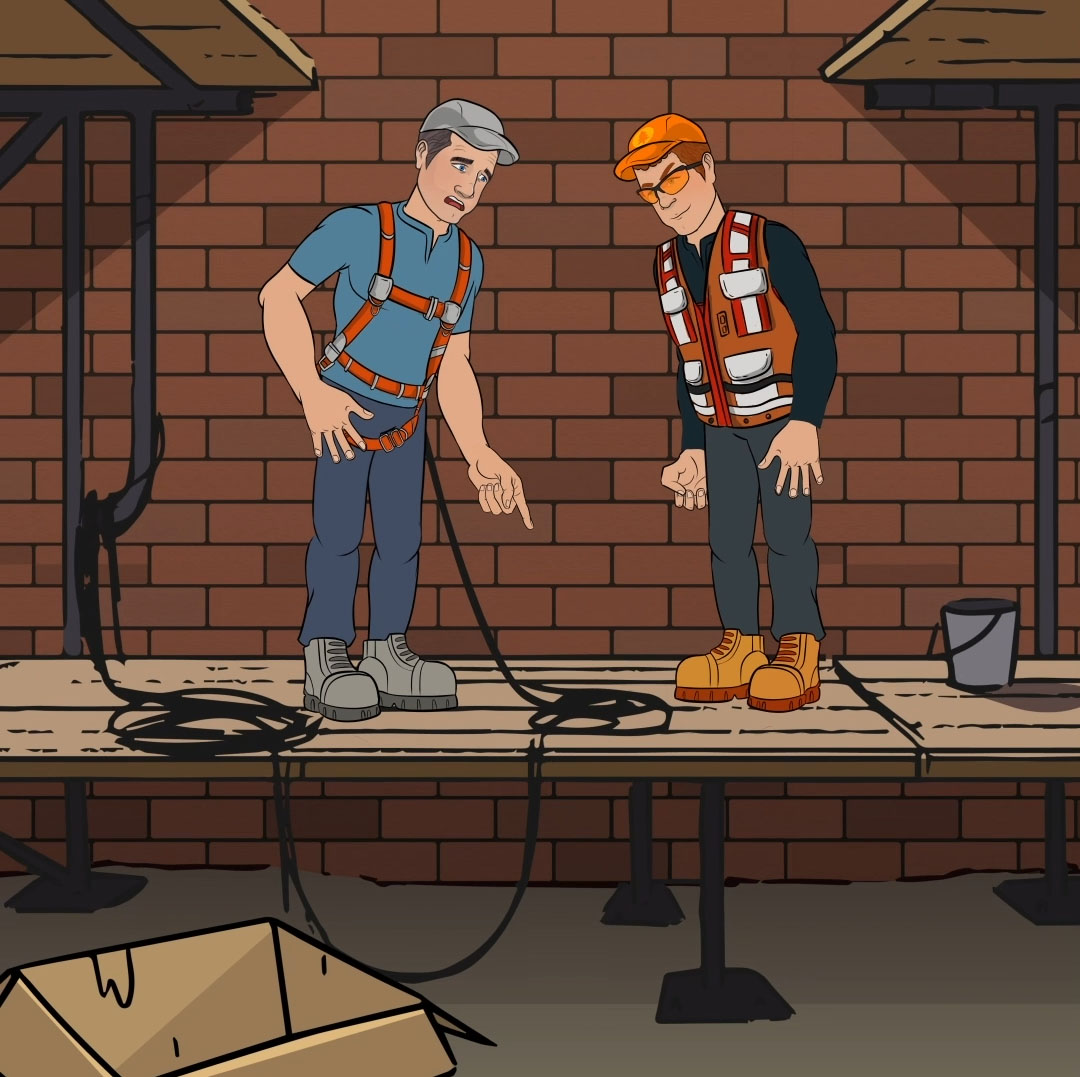 Ok, I’m going to need you to walk me through this whole “Safety Third” thing one more time. How can safety be anything other than first? Are you seriously suggesting that saving the economy is more important than saving lives? Now, more than ever, safety must be first, whatever the cost! Roger Martin

What I suggested in my post last week, was that Safety is not a thing to be “ranked,” but rather, a state of mind, to be applied as needed to a myriad of situations in varying amounts. But if we were to rank it, it would rarely be “first.” Were safety truly “first,” no level of risk would ever be encouraged or permitted, and no work would ever get done. Or play, for that matter.

Obviously, this does not mean that Safety isn’t a critical part of living. It is. And there are times, like right now, when extraordinary circumstances compel us to temporarily elevate safety above everything else – even our individual liberty. Which is why I’m hunkered down in my bunker, waiting for the all clear. But the notion of telling people that safety is always first, no matter the cost, is not only untrue, it’s counter-intuitive.

On Dirty Jobs, I was struck by the number of safety professionals who repeatedly insisted that nothing was more important to them, than my personal safety. “Your safety,” they said, over and over again, “is our top priority.”

I usually heard these words moments before I was invited to walk up the cable of a suspension bridge, or field test a stainless-steel shark suit, or climb into a bosuns chair to wash windows at the top of a high-rise. I still hear them today from pilots who invite me to strap myself in as they attempt to defy gravity in a pressurized aluminum tube that travels through the air at 600mph. And now Roger, I’m hearing them from you. You’re telling me safety must always be first, no matter the cost.

Here’s an honest question – would you be OK if the government reduced the posted speed limits by 50%, required all motorists to wear helmets, and outlawed all left turns? If not, why not? Doing so would save almost 40,000 lives a year.

The reason most people would not agree to those new protocols, is because we’ve already come to terms with the human cost of driving the way we want to drive. We believe, collectively, that 40,000 annual deaths are an acceptable price to pay. It’s a steep price, but we pay it, year after year after year. Sure, we’ve made things much dafer with safety belts, air bags, ABS brakes, and so forth. But we haven’t done ALL we can to eliminate traffic fatalities. Nor will we. Because when it comes to driving, safety isn’t first.

I’m not trying to be provocative, or insensitive. As I wrote on my first day of quarantine, I have two parents in the at-risk category, and I’m terribly worried about their well-being. But assigning a cost to preserving human life is hardly a new calculus, or a sign of misanthropy. We humans are constantly deciding which calamity to worry about, which disaster to panic over, and which tragedy to outright ignore. Just yesterday, 24,000 people died of starvation. The same will happen tomorrow, and the day after tomorrow, and the day after that. Over nine million a year die of hunger related illnesses. Why is this not a global emergency? Why doesn’t cable news report these tragic deaths every minute of every day, like they do with this virus?

Over the last few weeks, we’ve been inundated with facts, but very little context or perspective. And that lack of context is prompting more and more people to ask the same question I posed here last week – what if the cost of the cure is greater than the cost of the disease? It’s not an unreasonable question, or a heartless one, but people don’t like to hear it. Last night on Tucker Carlson, a former Lt. Governor from Texas named Dan Patrick learned that the hard way.

“Let’s get back to work,” said Patrick, who emphasized that he is a grandparent. “Those of us who are 70-plus, we’ll take care of ourselves, but don’t sacrifice the country. Don’t do that. Don’t ruin this great American dream.”
The backlash has been brutal.

“This crisis is really laying bare the extent to which we are ruled by completely craven psychopaths,” tweeted Micah Uetricht, managing editor at Jacobin magazine.

Democratic Texas state Rep. Donna Howard, a grandparent herself, told Dallas Morning News that “the idea that the only option is for us to sacrifice ourselves is really incredulous to me.”

Texas state Rep. Gene Wu also ripped Patrick’s remarks in a tweet late Monday. “This statement is repulsive and unfortunately reflective of the attitude many Texas Republicans have regarding people and money.”

What do you guys think? Is it repulsive to suggest that a country’s economy might be more important than saving the lives of thousands of its citizens?

In the comments below, I’ll likely be criticized for comparing this virus to other deadly diseases and hazardous pursuits, but that’s not what I’ve done. I’m simply wondering why the safety of our fellow man is such a fungible thing? It’s a sincere query. No one today is suggesting we should change the way we drive in order to save 40,000 lives, even though we easily could. But many seem to believe our entire economy should be sacrificed in order to save as many lives as possible. People who, like you, seem to believe that safety is always the most important thing.

Anyway, to answer your question, Safety Third was my slightly subversive attempt to start an honest conversation around occupational safety back in 2009, and to acknowledge the unintended consequences of exaggerating the importance of safety on the job. For what it’s worth, it worked. Attached is a short video that spells it out for you.

And here’s one of a hundred articles written by various safety professionals who actually agrees with me. https://bit.ly/2vL04O0

And here’s another one, just so you know I’m not alone… https://bit.ly/2Ue99bF

Be careful out there…