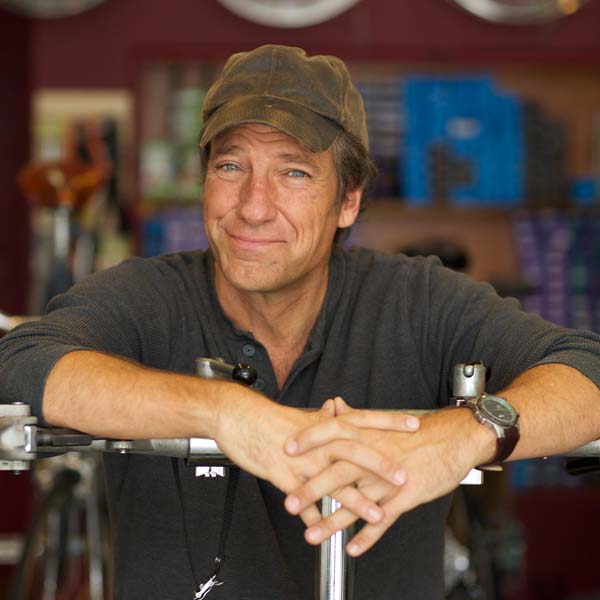 Had a great day in South Dakota yesterday, promoting a new initiative that’s going to help close America’s skills gap. The initiative is called “Build Dakota,” and it came together because a concerned citizen named Denny Sanford wanted to start a scholarship fund for people looking to get trained for skilled jobs. So he offered to seed the fund with $25 million of his own money, if the state matched it. Happily, the current governor knows a good deal when he sees one. Dennis Daugaard jumped at the offer, and now, “Build Dakota” has $50 million dollars on hand to train kids who want to pursue a career that doesn’t require an expensive four-year degree. The scholarships are full-ride, and the success stories are unfolding already.

This is precisely what needs to happen in every state, and exactly why I started mikeroweWORKS ten years ago. South Dakota is desperate for skilled workers, and overflowing with opportunity. So, when the people in charge invited me to fly out to Sioux Falls to help the Governor kick off the initiative, I said sure.

Along with Dana Dykhouse, the CEO of First Premiere Bank, the Governor and I visited several terrific tech schools, where I met some recipients of the Build Dakota program, as well as some students who applied for and received a Work Ethic Scholarship from mikeroweWORKS. Very gratifying.

I also visited some amazing local businesses, gave four speeches, several press conferences, and in general, remembered why I’ll never run for elected office. But I also had a blast, and really appreciate to the chance to help launch an initiative that really could be a model for the rest of the country. Check out Build Dakota for yourself, and have a great weekend. More later. https://www.builddakotascholarships.com/