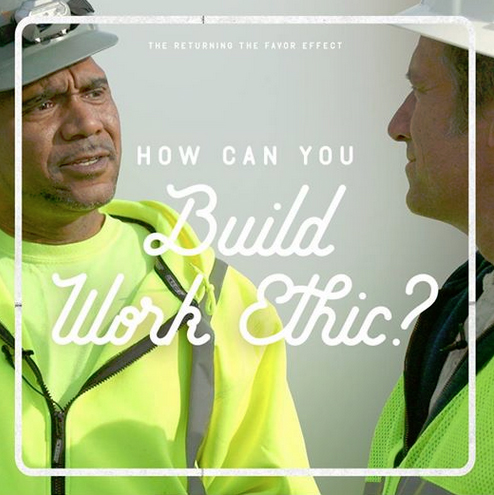 Mike – Please explain how a convict is more deserving of “free training” than someone who has never broken the law? Why should we focus on these people when so many law-abiding citizens could be trained for the same jobs? Connor Sappington

Hi Connor. The best person to answer that question would probably be the owner of a construction company, desperate to hire qualified workers who can show up on time and piss clean. I don’t hire construction workers, but I’ve interviewed many people who do, and I can tell you what they’ve told me – the “law-abiding citizens” that you describe, are not applying for the jobs in question.

Jumpstart didn’t evolve because a bunch of bleeding hearts were looking to hand out second chances – it evolved because the construction industry is desperate to attract and train the next generation of skilled workers. Understanding the difference is critical to understanding why Jumpstart works where so many other well-intended programs do not. It does not exist for the purpose of providing people with second chances – that’s just a happy symptom. Jumpstart exists because people like you and me prefer to live in houses with air conditioning, sturdy foundations, reliable heat, affordable electricity, and indoor plumbing. Jumpstart is a practical solution to a practical problem.

For too long, society has discouraged people from entering the trades. The ignorance that surrounds many of these careers is shocking, as are the myths and misperceptions that keep people from learning a useful skill. Thankfully, that’s starting to change, but not fast enough to fill the demand. Thus, programs like Jumpstart have emerged to help close the gap. But let’s assume for a moment that your question was based in reality. Let’s assume that ex–cons were being trained at the expense of law–abiding citizens. Even if that were happening, why exactly would you object?

As I’m sure you know, we send many bad people to prison for many good reasons. Then, we release back into society. Many will offend again, and return to prison, over and over again. Tell me something – would you rather live next to an ex-con with no marketable skills, no prospects, and no job, or one of the Jumpstart graduates we featured in this episode? It’s an honest question, Connor. Because unless you believe that NO criminal should EVER be released from prison, I don’t see how you can object to a program that dramatically reduces recidivism. Not for their sake – for everyone else’s!

Do me a favor. Watch the segment again. Or just scroll forward to 3:40, where I introduce you to three of the graduates. Listen to their stories, and tell me you wouldn’t be proud to call those men your neighbor.