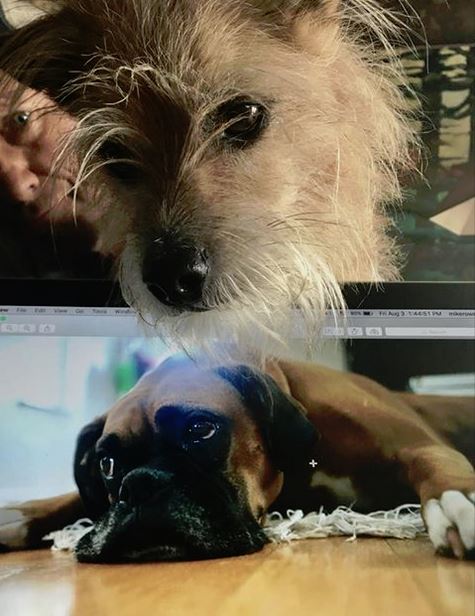 I lost an old friend today. Her name was Molly, and if I’d been a few years older the night we met, we might have had a swinging good time. Alas, ours was a May/December romance with not enough romance, and too much time between too few meetings. Now that she’s gone, though, I’m struck by how my life was enriched in ways I didn’t completely appreciate when she first sat on my head that night at the cabin.

I’ll never forget the scene. We were in Tahoe, wherever that is, watching the snow blow across the water. The bipeds were playing Cards Against Humanity and drinking firewater. Molly was stretched out by the fire, licking herself. I approached her, and inquired if I might be of some assistance. Her response may or may not have been encouraging – I’ll never know. For as I pondered the delicious ambiguity of the moment, an odor unlike anything I’ve ever experienced filled the den. It was a staggering, sulfuric assault on the senses that immediately dispelled any thought of romance, or for that matter, any hope of human continence. Because make no mistake – this particular stench – while diabolically silent – had most definitely emanated from the bottom of a biped – specifically, the biped to which Molly answered.

Obviously, when a funk fills the air – especially one this unforgivable – humans demand to know the culprit. But before anyone could accuse Molly’s Master of fouling the air in way that called to mind the gentle aroma of an open sewer, the guilty party quickly pointed at the object of my affection and, “Good Lord, Molly, what are trying to do, clear the place out?”

Molly, in a display of unconditional loyalty that I have no hope of ever emulating, assumed an expression of abject shame, and then, dutifully excused herself to the kitchen. I watched her leave, a four-legged Hester Prynne, marked not with a scarlet “A,” but a brown “F,” happy to accept the blame for a fart that wasn’t hers.

I’ll never forget the love and devotion sweet Molly showered upon the family she served, or the smell that sent us both running for the hills the night we met. Rest well, old girl. I’ll see you on the other side.