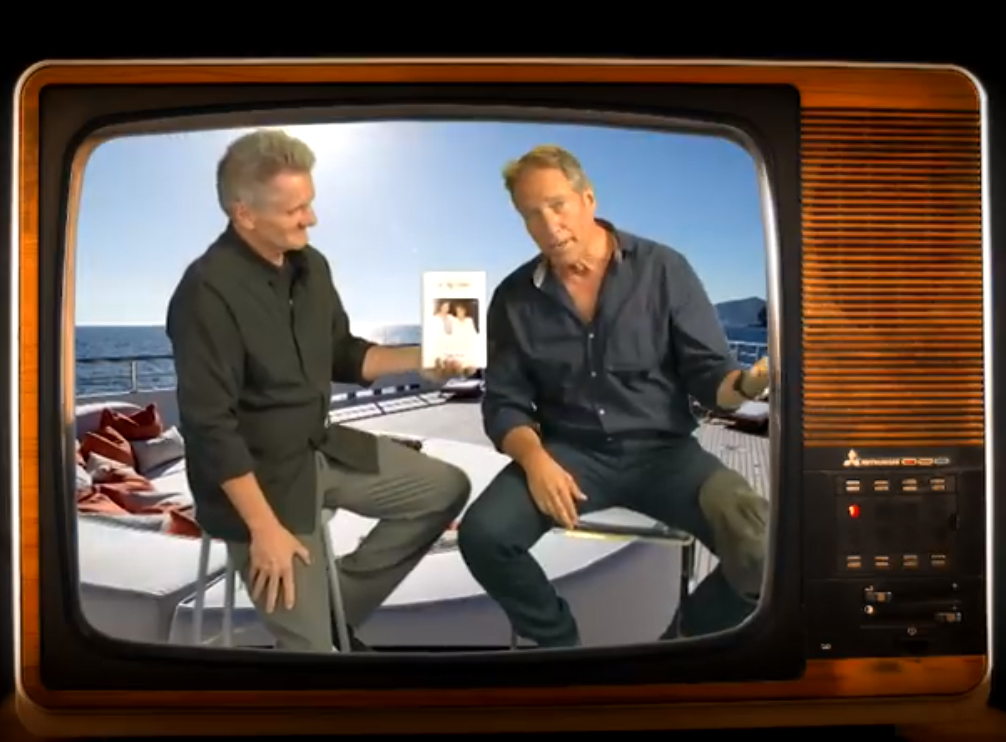 This may be the strangest thing you see today. As many of you know, Somebody’s Gotta Do It has found a new home on TBN. For the first time in the history of television, a TV show that used to air on CNN, has been enthusiastically embraced by Christian television’s largest network. That’s statistically…impossible. (Miraculous, one might say?)

Point being, I’m featured on tonights episode of Praise, which turned out to be one of the strangest, uniquest, most enjoyable interviews I’ve ever participated in. At one point, Matt hands me a copy of my Mom’s book and tells me to sell it like I would have done thirty years ago on QVC. I have no idea how we wound up on a yacht, and no recollection of saying any of what you’re about to hear, but clearly, it all happened, and the proof is attached. Check out the whole interview tonight at 8pm Eastern, 7pm central. And if you want a book, we have a few left. Though I suspect they’ll sell out this week. mikerowe.com/momsbook.